Earlier this week Sony introduced the A9 flagship FE mirrorless camera together with a new 100-400mm f/4.5-5.6 FE lens  and a number of interesting accessories. Since the announcement several people had a chance to play with the camera and get a deeper understanding of the features and performance from Sony representatives.

The first (and longer) video above comes from Tony & Chelsea Northrup. They had a chance to play around with the A9 (although they could not keep the images – so more in-depth reviews will probably be coming in the near future).

The new A9 – head to head with flagship DSLRs The second video (below) from B&H brings Kenta from Sony to talk about some of the main features of the camera which in many respects are truly groundbreaking. Although the A9 and the A7 series cameras look pretty similar externally – although there are some interesting tweaks in the A9), the big difference is internal – the new 24MP stacked CMOS sensor is capable of up 20 frames per second with full tracking AF and with the new processor and the new view blackout free OLED Tru-Finder – is the first capable of zero blackout time when shooting even at high speed (which is a very interesting and potentially groundbreaking capability for sports/wildlife and many other types of action shooters).

There are many many other interesting features in this camera including the new AF system with no less than 693 AF points (with 93% of the frame coverage), a huge buffer with 241 Compressed RAW or 362 Jpeg Images, 5 axis on sensor stabilization with 5 stops, a new larger NP-FZ100 battery (with about 2.2x times the power of existing NP-FW50 Sony batteries). Having dual SD card slots (one with UHS-II support is also something many Sony users have been asking for for a long time).

Other features include Built-In Wi-Fi/Bluetooth, LAN and PC Sync Terminals as well as a touch screen and a 3.7m-Dot OLED EVF. In terms of video this camera also pack a pouch with full sensor readout and no crop in 4K 24p mode (as well as 120p mode in 1080p) but Sony did decide to remove the S-log options stating that the company sees the camera as mainly a pro stills body (we don’t see a lot of reason to do this unless Sony aims to make a new A9 line with A9S for video and maybe also A9R for high res photography).

As for pricing – this is a very expensive camera at $4500, but you have to keep in mind which cameras Sony sees as the competition and they are the Nikon D5 and Canon 1DX MKII – both cost between $6000 and $6500 and at least on paper offer less features and performance.

B&H talking to Sony about the A9 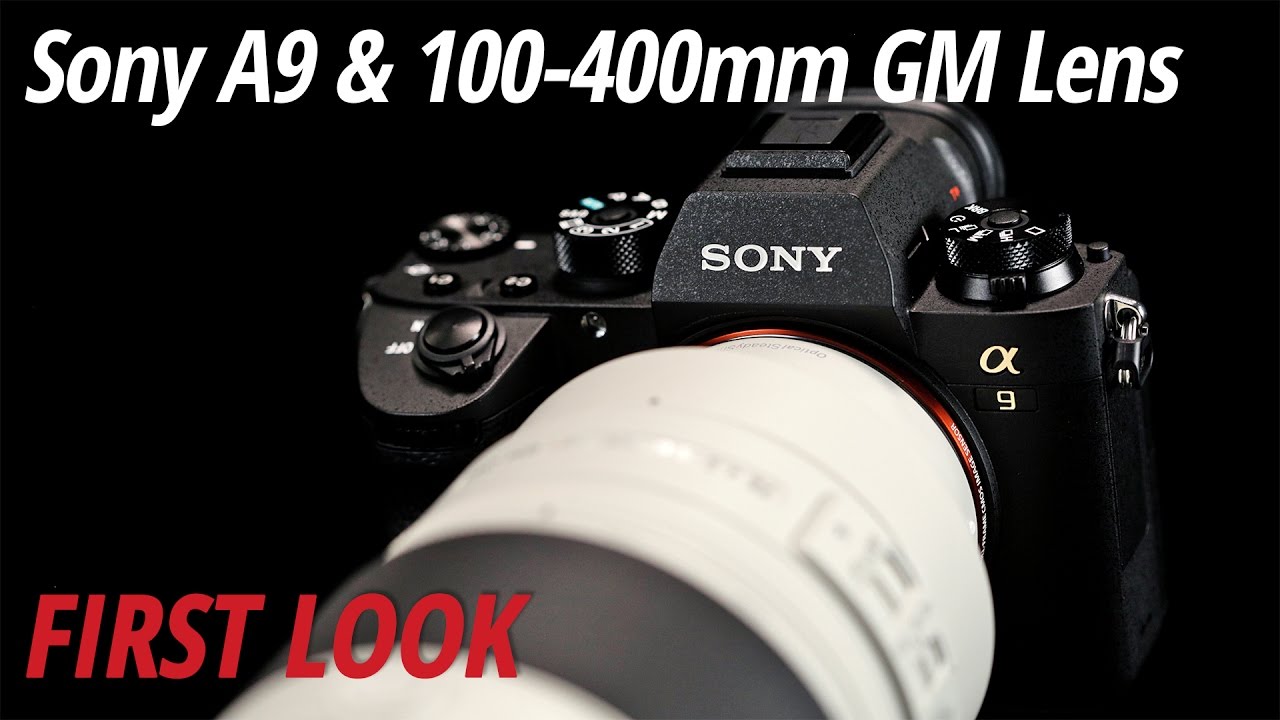 Finally Sony also introduced two interesting power options for the A9 (but not only for it), the first is the Sony VG-C3EM Vertical Grip (for the A9) which will sell for around $350 and the second possibly more interesting product is the Sony NPA-MQZ1K which is both a charger for Sony camera batteries (up to four of the new NP-FZ100 batteries) or a unit which can power your Sony camera for a long (long time) and that includes most of Sony cameras (not just the A9) via a special dummy battery. It also has 2 USB ports for charging other devices and different 1/4″ 20 mounts for mounting this unit onto a cage. The downside – it is expensive – for about $400 this isn’t an inexpensive option but it does come with two NP-FZ100 batteries.