Nanlite announced earlier today a whole range of new lighting products all part of its Mark II collections including Nanlite Forza 60, 300, and 500 in both daylight and Bi-color variants and two new second-generation tube lights from the PavoTube family.

The original Forza line has been around for quite a few years and became quite popular with different variants ranging from 60W all the way to 720W in both daylight and bi-color versions.

With the second-generation Forza lights, Nanlite didn’t just focus on output (although quite a few of the lights did show increased output) but also on general usability, battery power, size, and noise levels.

We shall start with the more compact Forza 60 II and 60B II which have been upgraded to include new features improved user interface and controls as well as better noise management, and last but not least increased output.

You can control the lights using either 2.4G, Bluetooth, or DMX/RDM and the lights have an OLED display with two control knobs.

One of the biggest improvements has to do with the cooling which is now said to include ultra-low level fans with extremely low noise levels (20dbA at full power which is basically inaudible).

Both lights use FM mount but can accept Bowens using an adapter and can be upgraded via their USB-A. You can power the Forza 60 II and 60B II using a wall charger or via a battery grip with either NPF or V-mount batteries. 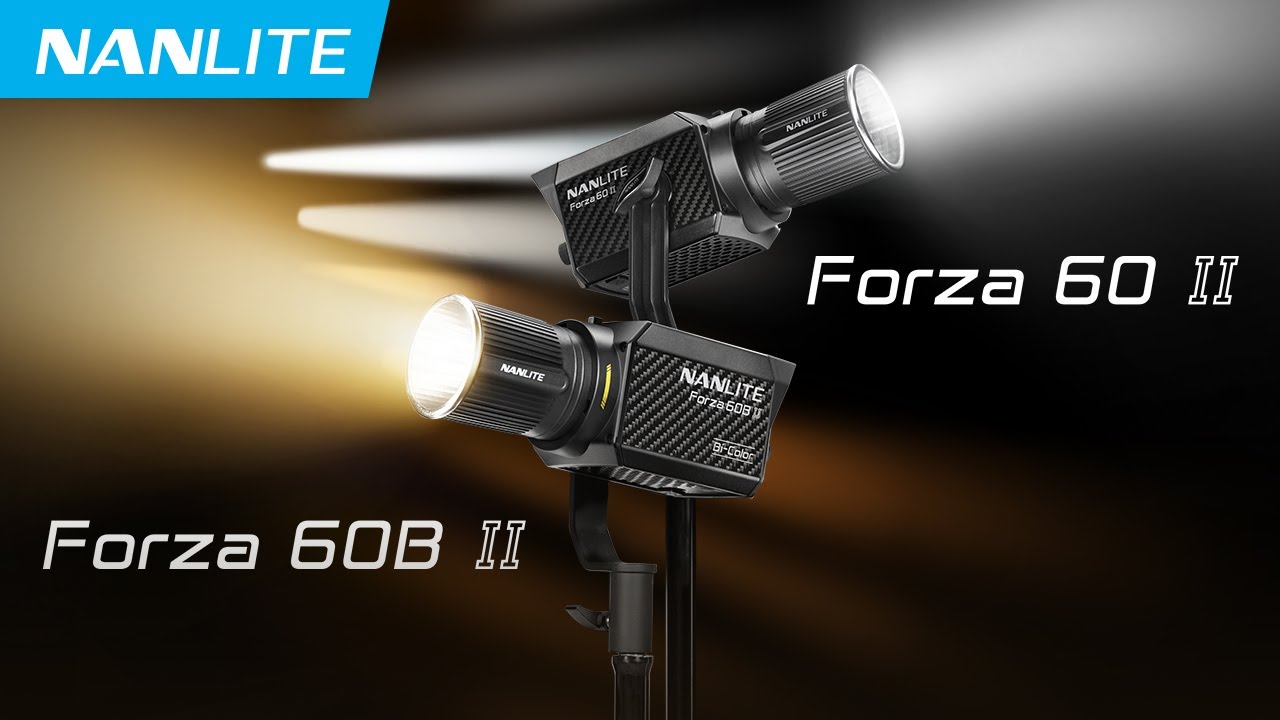 Compared to the older generation, the new Forza 300 second-generation control boxes are significantly smaller ( Nanlite states up to 37% smaller) and include v-mount battery plates on both sides.

In terms of output, the Forza 300 II outputs 69,400lux and the 300B II can output up to 43,480lux when used with a reflector @1m. They can compensate for green/magenta shift (plus or minus 80) and be controlled remotely via built-in 2.4G as well as Bluetooth and DMX/RDM (wired).

Both lights can be powered via 14.4V-14.8V v-mount batteries. The new cooling system has 4 modes – smart, full speed, low speed, and off and on the smart mode only produces 23dBA.

Some small but important additions include a tilted yoke (although only on the top) for better clearance when pointing the light up/down) extra umbrella mount and comes with a quick-release clamp for the controller 3m cable (7.5/12m cables can be purchased separately).

The light comes in a re-designed padded bag and just like the Forza 60 II series can be upgraded via USB-A.

While all other lights so far have been new versions of existing lights, in the 500 series we actually see a brand new model that did not exist before with the Forza 500B II variants (originally only a daylight version of the Forza was introduced, mind you last year Nanlite introduced higher power models including the Forza 720B).

The Forza 500B controller – more compact and much more silent The Forza 500B with two 26V v-mount batteries Compared to the original Forza 500 the new version(s) are about 16% more compact. Just like with the new 300 series, they also have V-Mount battery plates on both sides, a curved yoke, and a quick-release clamp (controlling features are also similar to the 300 series). Besides the 6 new COB mark II Forza lights there are also two new tube lights – the PavoTube II 15C and PavoTube II 30C. The original PavoTube lights were introduced back in 2020 and the new versions include an RGBWW technology with a 10% and 20% output increase (15C and 30C respectively).

The new tube lights have a wider CCT range of 2700K-7500K and you can correct their green and magenta by as much as plus or minus 150 (which is more than any other light that we know of).

Both the lights have a layer of diffusion material and both support 15 effects and DMX/RDM support. 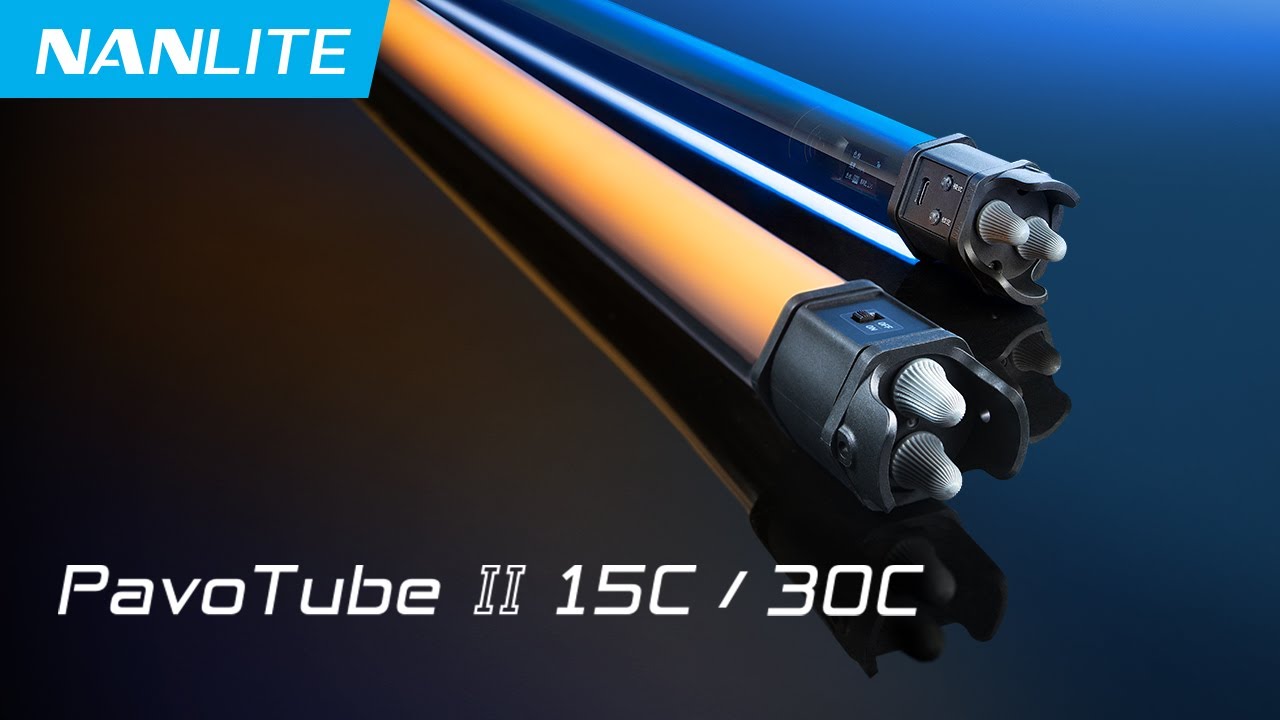 There are many products and many types of kits that Nanlite is offering with the new models – here is a summary of some of them: