Nikon’s big 2021 announcement today made it the third manufacturer to introduce a flagship pro mirrorless camera in the form of the Z9. Together with the camera, the company introduced two Z mount zoom lenses, the development of a long telephoto pro lens, and an updated roadmap.

It was a long time coming but the Z9 finally gives Nikon a true full-frame mirrorless camera that can compete with anything currently offered by either Canon or Sony and in some areas even take the lead.

This all-new full-body pro camera has all the recent technologies available to Nikon at the moment including a brand new 46MP full-frame Stacked CMOS sensor capable of up to 30 fps shooting (JPEG) or 20fps (Raw+JPEG) with a special mode that allows up to 120 frames per second in 11MP (JPEG) for super-fast motion capture. It has a brand new AF system which for the first time in a mirrorless camera includes Nikon’s 3D Tracking AF system that can now track subjects all across the frame (unlike 3D Tracking on DSLRs which is restricted to the center are of the frame).

AF tracking can be used to track people, cats/dogs, and birds and it can also track aircraft and cars, and even trains. The eye AF in stills and video can track from further away and with higher accuracy thanks to new algorithms and the brand new EXPEED 7 processor.

The AF is also extremely sensitive and can go down to -5EV and even to -8.5EV using Starlight mode (this is lower than both the R3 and A1 cameras). Video is also a big part of the Z9. It can shoot up to 8K 30p at 10bit internal without crop as well as 4K 120p without crop (the Sony A1 has a small crop in 4K 120p) and according to Nikon a firmware update in 2022 will allow for 8K 60p RAW internal – something very few cameras in the world can achieve – even at much higher price tags.

Nikon also promises very long video recording times without overheating (over 2 hours) and the camera uses the EN-EL18d battery but it will work with the older EN-EL18 used on the Dx series of cameras as well and should provide over 700 images per charge (CIPA number – the actual number should be much higher).

The camera is big – currently, the largest and heaviest full-frame mirrorless body at 1340g – just 110g lower than the D6 –  and is also not that much smaller. At this weight, it is almost twice as heavy as the Sony A1 or Nikon’s own Z7 II. This is also the first camera the has no mechanical shutter. This is a big jump for Nikon – both Sony and Canon kept the mechanical shutter in their current high-end models. This will reduce maintenance costs and possible damage to the shutter mechanism and also allow Nikon to add a shutter shield that looks like a shutter but is made from thicker more durable material. The camera has a 3.7m dot EVF which is said to have very high brightness and no blackout time although it is only 60hz (the Sony A1 has 9m dot EVF which goes up to 120hz). On the other hand, it has a high resolution 3.2″ monitor (2.1m dots vs. 1.4 on the Sony A1). The monitor has a new design that can tilt up/down and left/right (but is not fully articulated).

The Z9 has dual CFepress Type B / XQD memory card slots, Ethernet connection as well as faster full-size HDMI, built-in 2.4Ghz/5Ghz WIFI, and even GPS. It also includes 2 modes of RAW compression including a new mode that compresses the 45MP RAW file to about the same size as the RAW file of the 20MP D6. Nikon also announced that it is working on an upcoming professional long telephoto prime lens – the NIKKOR Z 400MM F/2.8 TC VR S which you can see in the image below with a built-in 1.4X teleconverter for Z mount.

Nikon also updated its 2022 and beyond Z lens roadmap which you can see below (in yellow are unannounced lenses): The Nikon Z9 shall be available for order before the end of 2021 (chip shortages allowing) and will sell for $5500.

As usual, Nikon supplied several of the new Z9 cameras to photographers and content creators, and here are a few hands-on and early reviews of the new camera:

Chris from DPR with a first look at the Nikon Z9 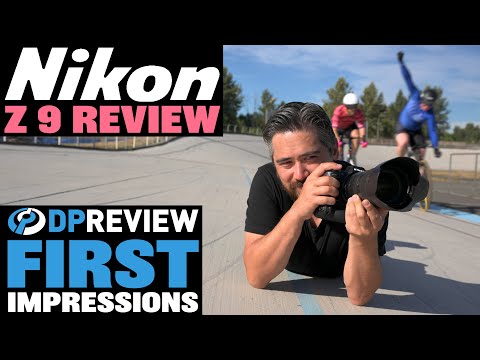 Jordan from DPR looking at the video aspects of the Z9 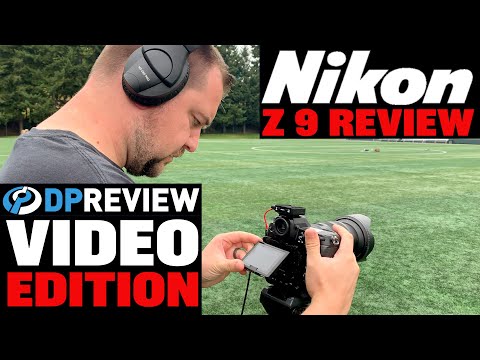 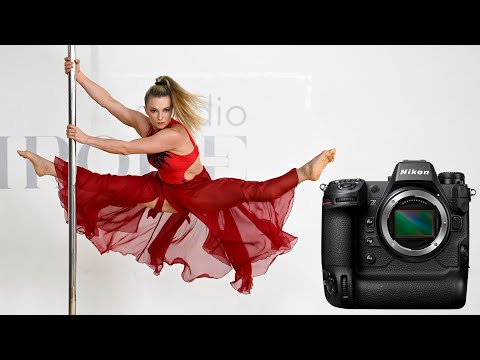