Today Sony introduces the new compact Cinema mirrorless camera – the FX3. This camera relies heavily on the A7S III announced last year but has several important differences which should appeal to a different audience according to Sony.

FX3 main features (and how it differs from the A7S III)

At its core, the FX3 has the same features as the A7S III. The same 12MP sensor (with 10MP effective), the same AF, processor, codecs, shooting capabilities (up to 4K 120p), same memory card configuration (dual SD UHS-II / CFexpress Type A), same battery, the same touch articulated monitor, IBIS (and active mode) and even the same style menu system (although with some minor changes). You can check out the full specs of the A7S III on our original article from July 2020.

Low angle shooting with the FX3 and the top handle Besides the differences in size, sony changed the location of some of the buttons (the on/off moved to the back and is now a switch for example), added a zoom lever on the top of the grip compatible powered zoom lenses, but also Clear Image Zoom which works even with prime lenses (we use it all the time and having a leaver is a nice touch).

There are actually a lot more programable buttons on the FX3 (15 in total) as part of a design philosophy which allows the user to change settings quickly for shooting in fast-changing lighting conditions (so you can assign a button to quickly switch to auto ISO, auto WB, etc.).

The body also includes 5 1/4″ 20 threads for connecting accessories and the camera comes with a detachable XLR handle unit with two XLR/TRS audio inputs (the handle itself has another 3 threads of 1/4″ 20 for attaching monitors, wireless transmitters, etc.).

Another important design change has to do with cooling. While the A7S III handles cooling in a passive way (and based on user experience it does so very well), the FX3 as a pro-level Cine camera adds a small internal fan (similar to the Panasonic S1H) which the user can also disable or control to some degree (4 modes). Sony claims the FX3 can shoot uninterrupted 4K 60p for as long as the battery/memory will last.

Different button layout with a top record and joystick At the moment the A7S-III has no support for S-Cinetone color profile (although there have been reports on it coming to the camera in the 2.0 firmware update soon – and in the meantime, there are sort of ways around this). The FX3 has S-Cinetone support and the color science of the camera should match that of the FX6/FX9 well – making it ideal as a b or c camera to those two.

One last improvement the FX3 brings is the addition of a tally light on different sides of the camera – no other Sony Alpha camera has this and we think this should be part of any camera with video capabilities and it is nice to see it integrated here. Should you get the A7S III or FX3?

This is a complex question and it really depends on what you are looking for in your camera. Talking to Sony earlier this week we got the following: the A7S III is a hybrid camera and while it has very powerful video capabilities it is designed with stills in mind as well (wedding photographers who shoot both stills and video, for example, are a target audience for the camera).

The FX3 on the other hand is a real compact cinema camera designed for solo shooters, it can be used in conjunction with the FX6/FX9 and Venice cameras on set and can work on its own when quick turnovers are required with its range of configurable buttons and an attached handle.

We would like to add something else which Sony for some reason did not emphasize enough in our opinion and that is how well this camera fits both gimbals and drones (Sony recently announced that it is working on a new pro drone called AIRPEAK). It might even be well suited for underwater videography with the right housing (we would expect one very soon).

The FX3 will be available in March 2021 for a price of $3900 (including the handle and XLR unit but without any mic).

Hands-on and reviews from around the web

CVP hands-on review of the FX3 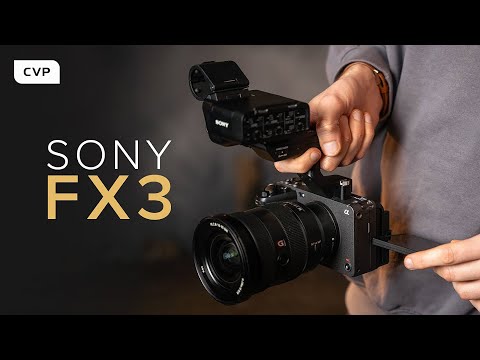 Gerald Undone‘s look at the FX3 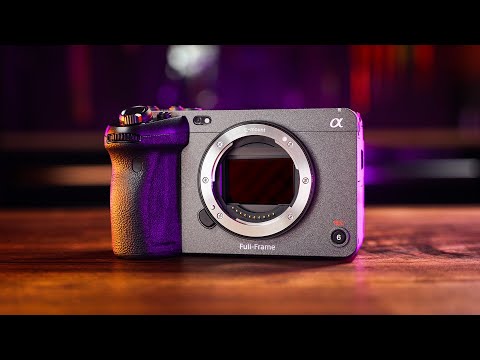 Update: Philip Bloom on the FX3 vs. A7S III 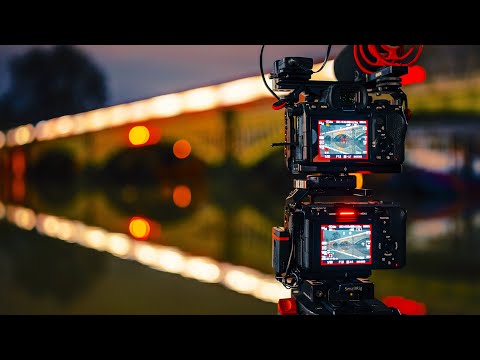 B&H hands-on with the FX3 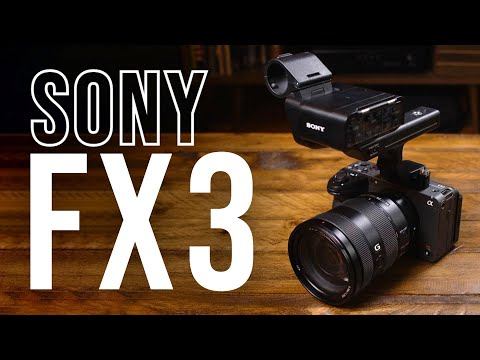 Our friends from CineD review of the FX3 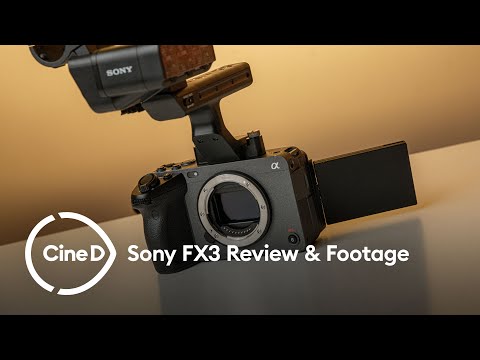 ZY Productions look at the FX3 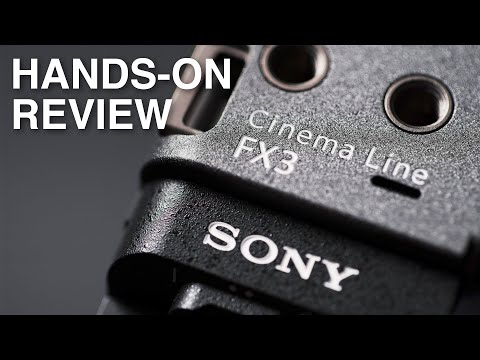