While Dune uses advanced CGI and advanced VFX like a lot of other recent Sci-Fi blockbusters it strives for a lot more realism at the expense of clarity.

The best way to understand this notion is by looking at lighting. Villeneuve’s scenes are lit in a way that looks like what a camera would see in reality if every effect would be practical and not visual.

For example explosions in the background at night makes the characters turn into silhouettes which is exactly what the scene would look like if the explosion was real and shot on camera which would not have enough dynamic range. This was done by adding a punch of light behind the characters and under-exposing them.

Another aspect of lighting that is essential to Dune 2021 is outside scenes. Villeneuve decided from the start to shoot every outside scene outdoors using the Sun and the movie was actually shot in the deserts of Jordan and the United Arab Emirates.

This was a complex and costly decision as you had to construct large stages and work with available light (and wait for the sun to be at the right angle in the sky) but the result is something that would have been extremely hard (or even impossible at this point in time) to recreate realistically in a studio.

Although Dune used digital sets extensively, these were combined with a lot of practical effects. One of the most important ones was dust and sand which was used extensively in desert production to create the unique atmosphere of the planet.

It is important to note that sand brings its own reflectivity and so it changes the lighting of a scene in a way that will be difficult to recreate in CGI. With that said, CGI of dust and sand was used for the digital sets outdoors. But it was added to the background while real sand and dust were used closer to the camera.

Shooting through the actual glass was another important part of the practical effect aspect of Dune 2021. While many movies remove the glass windows in cars (and other vehicles) to prevent reflections and add them in post, Villeneuve kept the glass as the production was using sandscreens.

Talking about sandscreens, these were actually uniquely designed for Dune. The atmosphere and look of the planet allowed Villeneuve to move away from the green and blue screens used in many movies and use sand color screens on set which contributed to the look of the film by reflecting the brown/yellow color back into the practicals on set (glass for example).

The production of Dune looked into replacing green screens with advanced virtual LED walls like those used for example in the production of ‘The Mandalorian’. However, it was quickly realized that the existing LED technology is not bright enough to produce the super high contrast look that Villeneuve envisioned for Dune and so sandscreens and outdoor shooting were used for the film.

Although Dune 2021 does use what is known in the industry as virtual cameras these do not perform movements that are unrealistic, meaning that it is much more believable to the observer (although this typically happens in a subconscious way with most people).

More than anything Dune 2021 is very restrained in the way it is filmed and the way the CGI and VFX are used during the film. This doesn’t mean that you do not get impressive visuals in this movie (quite the opposite) but it does mean that even when you get an amazing spaceship landing it will be obscured by dust and sand because this is how it will likely look from the character’s standpoint.

Bonus video: Corridor Crew compares the VFX of the original Dune and the 2021 version 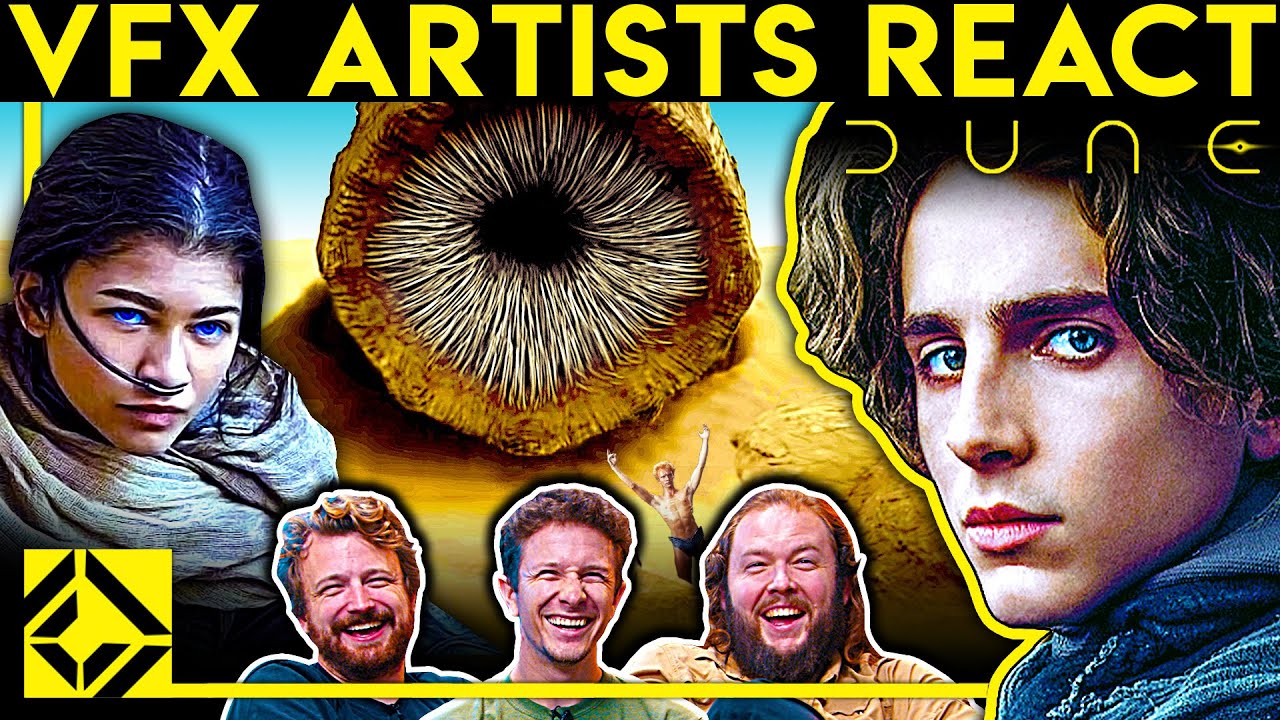 As always, you can find many more behind-the-scenes videos on the BTS section here on LensVid.