During IBC 2022 we had a chance to talk to Alexander Krause from Sachtler who demonstrated to us the advantages of the Sachtler flowtech tripod system and some of the new features of the Sachtler aktiv Fluid Head system.

Alex started by giving us a demo of the flowtech tripod system. This system has been around for about 5 years now and it certainly deserves the popularity it has gained over the years. The tripod comes in several variants (including 75mm and 100mm bowl versions), is extremely lightweight and robust but more than anything it is fast.

Speed was the key factor in designing this tripod system for those who need to move a lot with their gear, change location, and operational height. Most video tripods until the flowtech used a locking mechanism that was much slower and required the operator to bend down to lock and unlock the legs.

The flowtech changed that by creating a latch mechanism on the top of the tripod which doesn’t require bending and is extremely fast to deploy. Since it was announced a few other manufacturers tried to mimic this concept and here is where Sachtler is again one step ahead with a fast fluid head design – the Sachtler aktiv.

Originally announced back in late 2020 (with a recent expansion earlier this year), the Sachtler aktiv tries to be what the flowtech was to the tripod world but in a fluid head design.

The engineers over on Sachtler tried to look at how you can improve the workflow of existing fluid heads and came up with two complementary systems – the SpeedSwap and SpeedLevel.

The SpeedSwap system is based around a special pin allowing fast camera swaps from a tripod to a slider/jib/high hat etc. The system can connect directly to the most recent versions of the flowtech tripods (older ones need to be converted by the company) or be used with a special adapter that you can place on most sliders, jibs, and other accessories.

SpeedLevel is the second accompanying technology. SpeedLevel is part of the aktiv heads and it allows you now only to quickly take the head off and move it to another tripod/slider etc. with a pull of a lever on the head but also with the same leaver, level the head without reaching beneath the tripod.

This single system makes a huge change to the workflow of video shooters for two main reasons. For one, you don’t need to reach beneath the tripod to open and lock the head for leveling (if you have done so with other tripods you know how annoying this is and it can also be pretty imprecise). The second reason is even more important. With the SpeedLevel on the tripod and head, you can lower the flowtech legs flat to the ground – this is impossible with most other video heads because of the level handle under the camera and that can make a huge difference to many shooters.

The aktiv head also recently got a Redesigned bubble level which is not only lit but can be seen from below (so if you are opening your legs all the way up above your head you can see if the head is leveled from below – pretty clever).

There is currently an extensive range of Sachtler aktiv heads both in 75mm (Sachtler aktiv 6T and 8T) and 100mm bowl variants (Sachtler aktiv 10T, 12T, and 14T) to choose from, and of course kits sold with the different variants of the flowtech tripods.

There is one more thing worth mentioning about the aktiv heads and that is the type of quick-release system you choose. You can choose between the Sideload and Touch & Go system (this last one is marked with a T), you can see Alexa explaining the differences in the official Sachtler video below.

Sideload and Touch & Go system – what is the difference (official video) 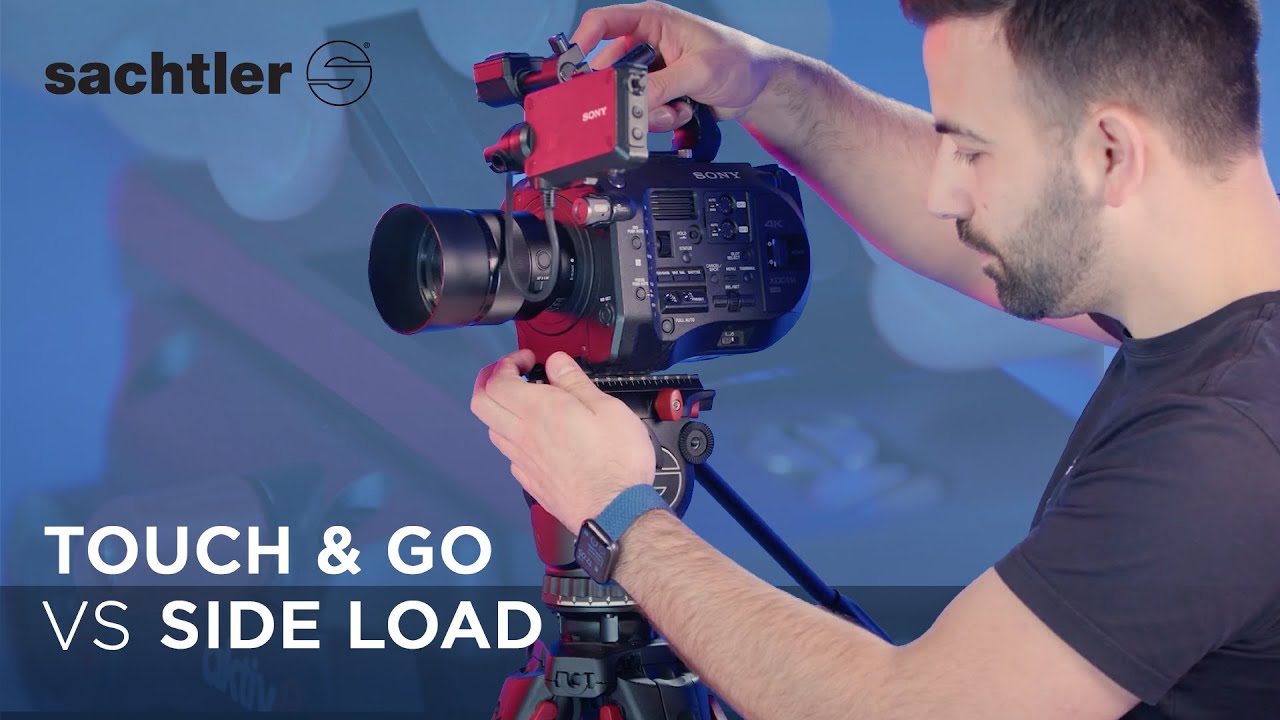 Both the flowtech legs and different aktiv heads are theoretically available for some time however as Alex mentioned in the video and evident by our online search, not all models are actually available and many are back ordered due to high demand. You can find prices in the links below: