Late last year Sony teased us for the first time about its upcoming AIRPEAK drone. At the time very little was known about this new Sony product/project. During CES 2021 which opened today, we finally got some real-world footage and a little bit more info and we will try and help you get a better understanding of Sony’s future plans for robotic aerial photography.

On November 9’th 2020, Sony published a very brief 15 seconds teaser video for the Airpeak Drone project. It showed very little than some spinning blades with some green light but it certainly sparked some interest and a whole lot of speculation.

There are quite a few big players in the drone business by know, the most familiar brand is of course DJI which got some recent blows from the U.S. government after it blacklisted the company’s drones (although it is highly unlikely that DJI is going to go away any time soon).

So what is Sony looking for in the very crowded and competitive world of drones? It’s not exactly clear but as we will see, at least the first drone the Sony showcased in the video today is not aimed at consumers or even a large percentage of working professional shooters but more at the high end bigger budget productions and in this niche, it might be able to be more competitive while keeping its margins high enough.

The large Airpeak drone with a Sony A7S III What do we know about the AIRPEAK drone?

The AIRPEAK drone is large, how large? more or less the size of the DJI Matrice 200 series of drones (with a very similar external design actually).

This drone is designed to carry a full-frame camera (it is shown to carry the A7S III with a 20mm f/1.8 lens in the video or 24mm f/1.4 in the image below) on a 3 axis gimbal. It has an array of sensors and built-in cameras for navigation, obstacle avoidance, and control with 4 motors and legs that lift up when you take off.

It also has 2 huge batteries (actual battery life isn’t known at this stage), which seem to be memory card slots (possibly for recording footage from the onboard cameras). The unit is made from carbon fiber and is controlled with a remote connection to a phone/tablet.

If you look carefully at the video above (1:28~) you can see a user controlling the drone and another woman behind him looking at another monitor (with hood). A second later you can see footage on a screen from the camera on the drone itself as it is recording (with frame rate/aperture/ISO info on the screen).

This is interesting as Sony currently has no technology available for consumers that allow them to view/control a camera like the A7S III from a working distance of a drone. It is clear that this is something Sony had to develop alongside the AirPeak and it is also possible that the A7S III was designed with this technology in mind and might benefit from it in other areas besides this specific application (this is of course pure speculation on our side but it makes sense).

The Airpeak built in cameras/sensors There is not much more that we know (officially) on the Airpeak Drone at this point. We do know that it will come sometime during spring 2021 at un unspecified price (please keep in mind that the DJI matrice 200 v2 can cost upwards of $7000 depending on the configuration so you can bet that the Sony is not going to replace your DJI Mavic any time soon). 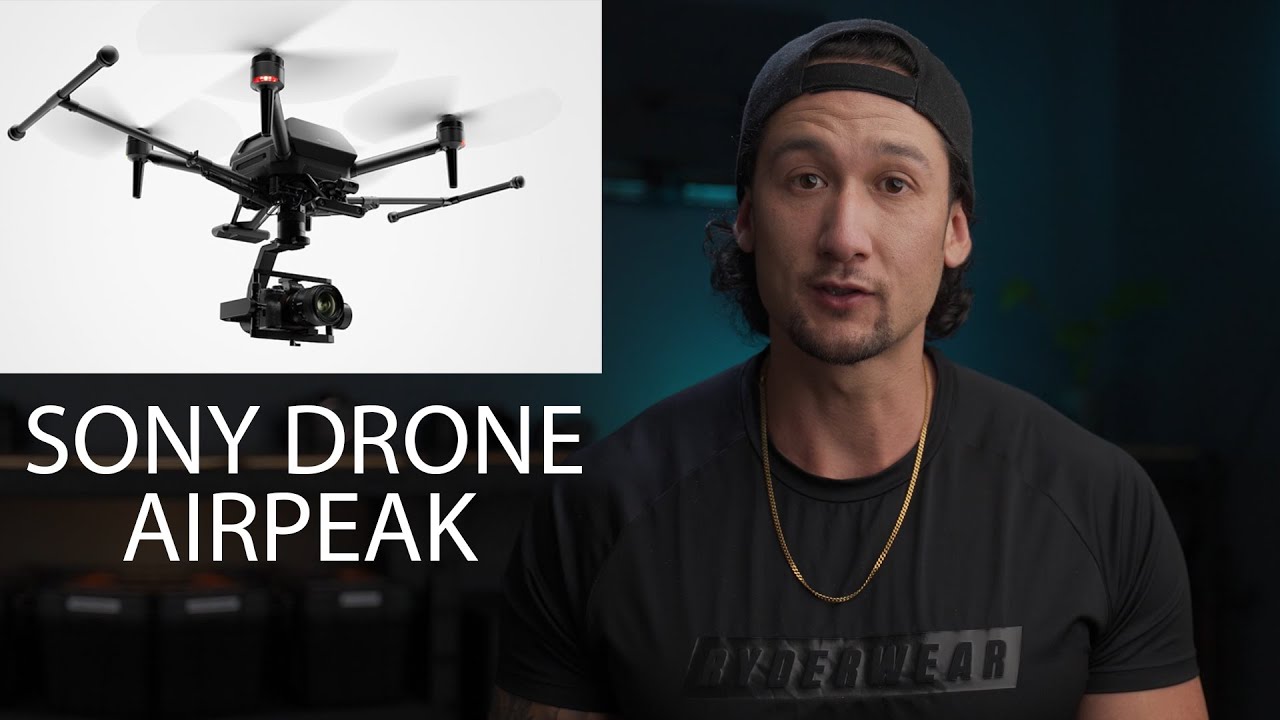