Photographer Josh Yeo recently got his hands on an early prototype of a new LiDAR technology developed by DJI to go along with the new RS2 and RS2+ gimbals and it can turn old vintage glass into (relatively) fast AF lenses.

Yeo has some of the most fascinating tech-photography-oriented productions on YouTube and this one is no exception. He somehow got his hands on a pre-release version of DJI upcoming  LiDAR unit for the RS2 and RS2+ gimbals (and even before you ask – at the moment these will work only with the RS2 and RS2+ gimbals although we can all hope that in the future DJI will come up with a standalone version as well).

So what is LiDAR and what it has to do with AF with vintage lenses?

LiDAR technology isn’t new and has existed for decades and based on the concept of modulating light and detecting the time it takes it to travel to an object and back. LiDAR can be used with many types of beams, lasers of different types (typically not something you want around your camera sensor) as well as infrared light which is safer (and is what DJI chose for their device).

In the past several year’s LiDAR has been integrated into several other products including self-driving cars (DJI is already selling those by the way) and more recently smartphones for assisting in AF functionality (by constantly measuring the distance to a subject). What is new with DJI’s upcoming accessory is that for the first time there is a compact and affordable option that adds LiDAR to a proper camera and works in conjunction with a follow focus unit out of the box.

As for the advantages and disadvantages of this new LiDAR unit, according to Yeo the unit together with the DJI follow focus can help you give a modern twist even to 50-year-old manual focus lenses and turn them into (sort of) AF ones. It works very well in low light (much better than conventional AF systems) and while the range seems relatively short (about 1-4m at the moment with the pre-production DJI unit) it might improve somewhat with time although this is not the type of system that will ever be able to focus to infinity or close to accurately.

It does seem to work but there are certain limitations that you need to be aware of before you run out and buy one (well at the moment those are still not yet on sale so theoretically speaking).

First, this will only work with lenses that have hard stops so almost all that mirrorless lenses and some DSLR lenses are out of the question (most of them have AF anyway). Next, even when you have a lens with hard stops you might want to consider the focus throw – if you use this on a high-end cinema glass with 300-degree throw focusing can take time (there is just so much speed a small motor like the one DJI uses for its follow focus can push), so if you are planing automatic fast focus pulls with these types of lenses – forget about it.

Finally, we get to the AF of the LiDAR itself and its limitations. The DJI unit seems to be limited to the center of the frame at the moment and the user doesn’t seem to have a lot of control over the subject it chooses (in theory DJI could connect the LiDAR to an app and show the image the LiDAR sees and let the operator select and track a subject – but these might be part of the future of these devices).

Then there are the limitations that have to do with reflectivity. Not every material can work well with infrared LiDAR, water and glass has issues and so are dark walls so even if this product will reach the market there will be things that users will need to learn to work with or around this new technology.

It is also worth watching the first video Yeo published about the RS2 and RS2+ and the DJI LiDAR unit – it is certainly lots of fun (see below). 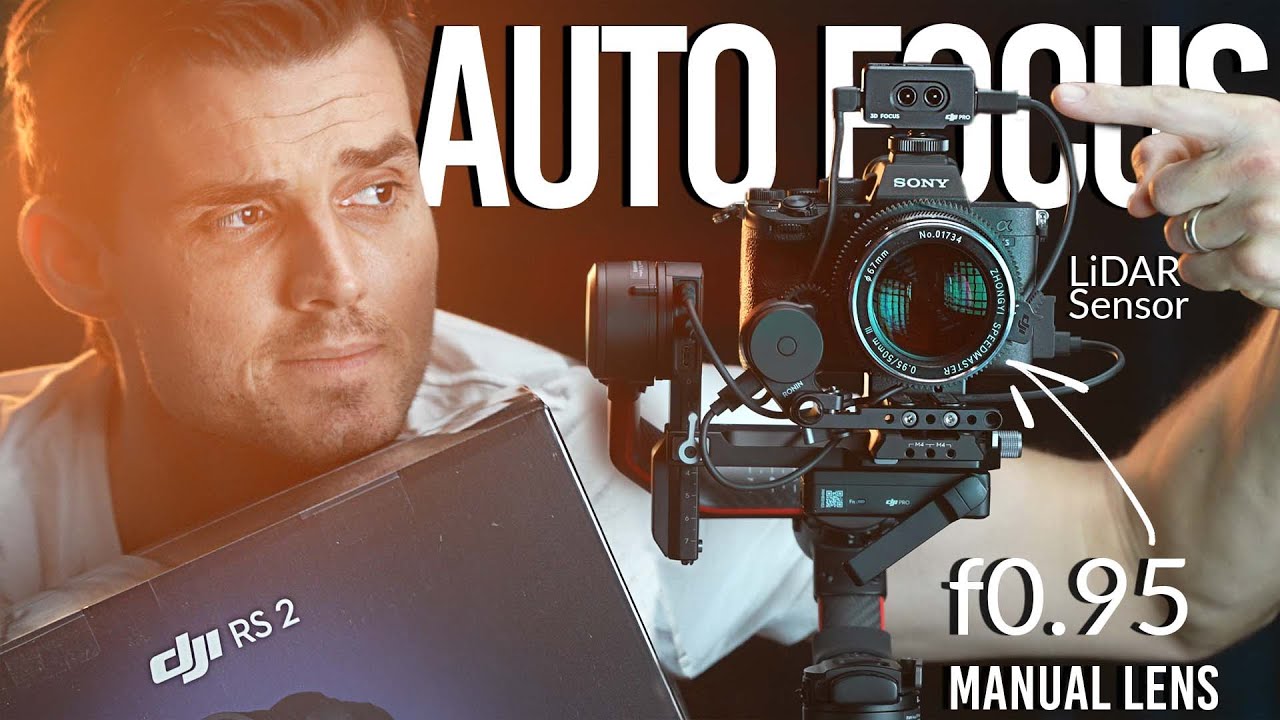 New technologies are exciting (even old-new) ones and we can’t wait for more companies to bring their own LiDAR technology into the commercial photo/video world so we can start seeing its true potential.