In the past we have looked at several “parabolic” light modifiers including the Pergear Loafas 35” and the huge Angler 60″ Deep Softbox, these are not real parabolic modifiers.

True parabolic modifiers need to come in the correct shape to really reflect the light correctly and come with a center focusing rod and light that typically faces back into the modifier and not at the subject for proper focusing.

As it happens, to create a system like this that works well and produces pleasing results is not simple and typically also not exactly affordable (although in recent years some less expensive options from Parabolix and StorbePro claim to supply a similar solution). Godox seems to go out of its way to create a true professional parabolic modifier with the new system. It uses 24 metal braces creating the parabolic shape with a push/pull mechanism, adaptors for Bowens, Godox, Broncolor, and Profoto heads, two layers of diffusion, and a grid (these last two are sold separately). The head is mounted backwards towards the diffuser and away from the target providing a reflected beam instead of a directed beam like most “parabolic” modifiers on the market do.

Godox suggests that you can also use flashcards with this type of modifier although this might be counterproductive as you need a head that can shine at a very wide-angle (usually bare bulb on a flash head).

The central rod which focuses the light has markings that allow you to work more precisely and repeat specific beam angles when needed. Update (March 2022): Godox published a video on its parabolic system 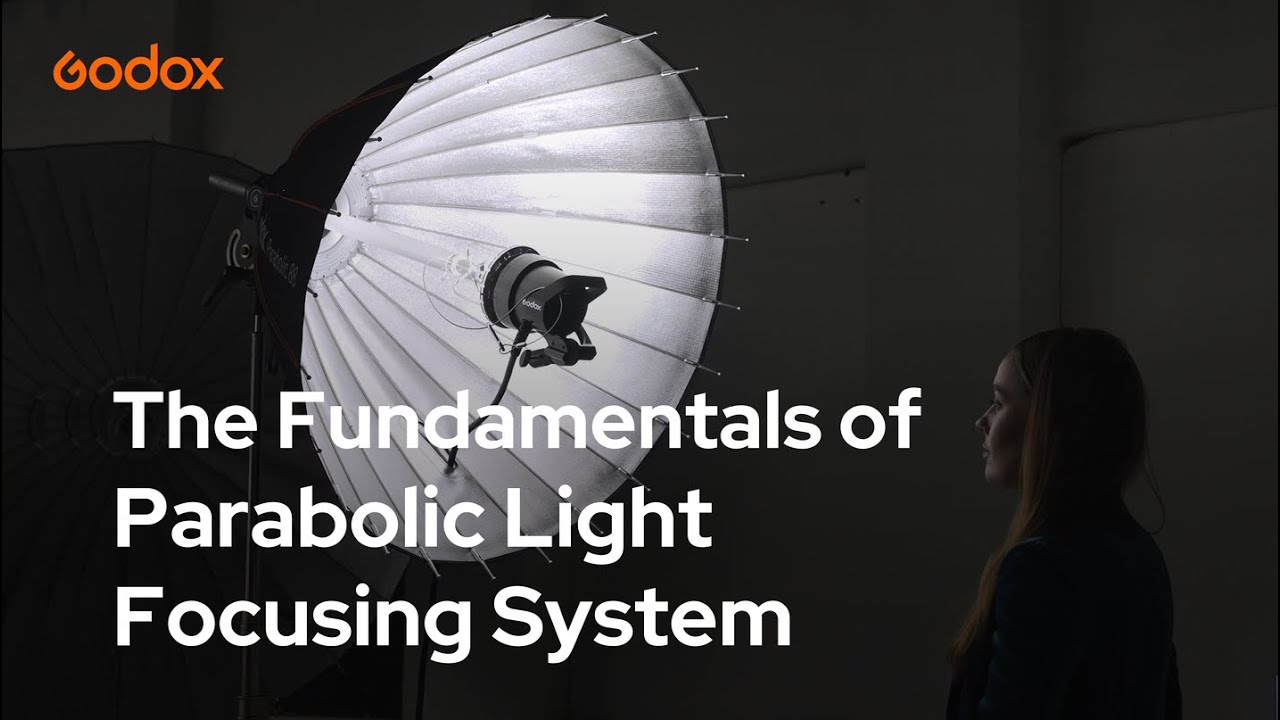 As always you can find more helpful photography tips on our Photography tips section and many more light-specific videos on our special lighting and modifiers subsection on LensVid.