During NAB 2022 Aputure showcased prototypes of several products that will be released later this year. The first is the upcoming LS 600C PRO – high power RGBWW – the first of its type for Aputure and the two others are the MT Pro RGB and MC Pro small lights.

For several years Aputure has been at the forefront of video lighting development however there was one type of light that the company was missing and that was a high-power RGB LED. With the announcement of the LS 600c Pro, this missing piece of the puzzle is finally here.

Not all the specs are known about the LS 600c Pro but we do know a few things. The light will come with a RGBWW LED chip and have an output of 600W. Like other Aputure lights, it will have a Bowens mount and the company claims you should expect about 4150lux from 3 meters away (and 17,480 with the included reflector).

The LS 600c Pro will be able to go between 2300K and 10,000K and have a very high SSI (74/85 in daylight/tungsten respectively). It will have 15 lighting effects and include all the professional connectivity options (LumenRadio CRMX, 16-bit DMX512, and Artnet & sACN).

The light will be battery-powered as an option and very similar to the rest of the current 600-pro line.

Aside from the LS 600c Pro, Aputure also showcased prototypes of two compact lights – the MC Pro and MT Pro RGB lights. Both belong to the Aputure brand (not the low-cost Amaran family).

The MC Pro is going to be a much more powerful (yet still small) version of the MC tiny panel that Aputure has been selling for several years with some extra new features such as a control wheel, new magnetic diffusers, and a narrower beam angle with wider color temperature (2000-10K).

The upcoming MT Pro RGB tube lights are small (1foot/30cm) yet pack quite a punch with 36 pixel LEDs and over 100 min of full power output with a built-in battery, thin bezels, and wireless DMX control.

The MT Pro RGB can project different colors and effects on different areas of the light and you can control the speed of the effect from very slow to very fast.

Nino from CineD talking to Ted from Aputure 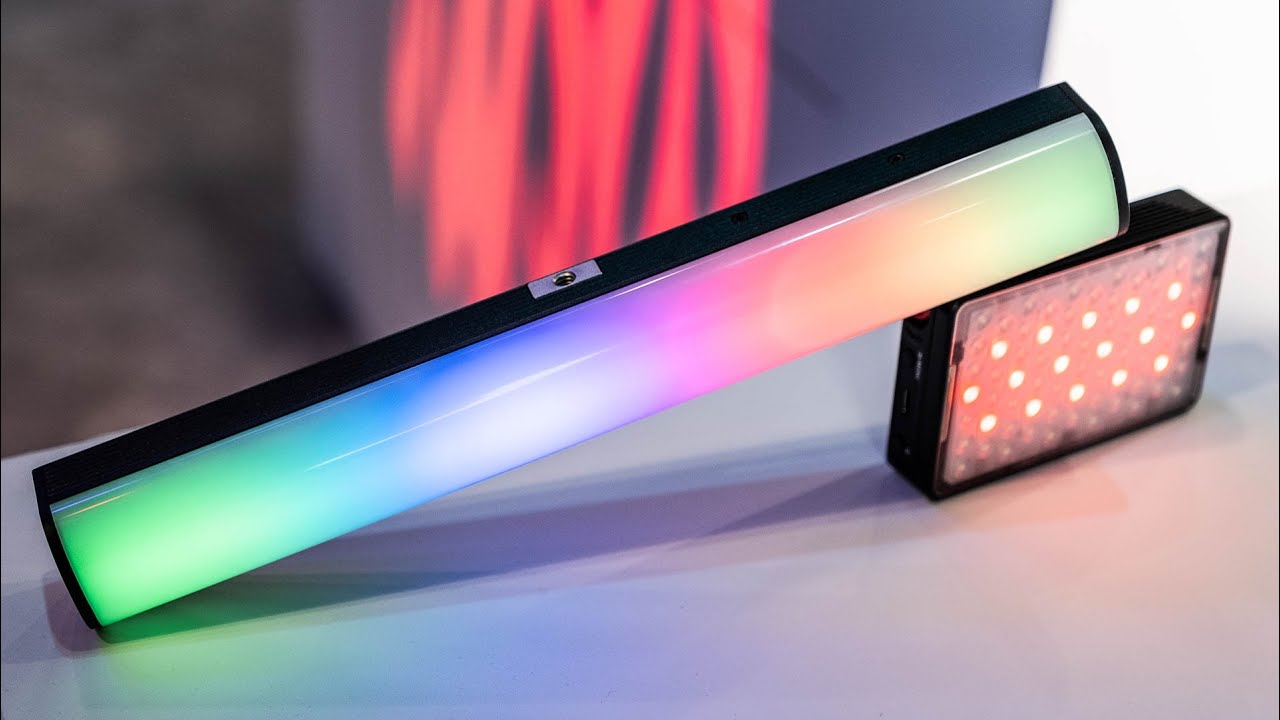 At the moment all of the products are not yet available for purchase and Aputure did not release exact prices. The 600c should be available in Q3 and the company was willing to say that the price is going to be below $2500.

At the moment there is no pricing or availability for the MT Pro RGB and MC Pro lights.