In honor of the Hollywood Film Awards 2019 that took place this month, we will be dedicating the rest of this week to a series of videos on Holywood, celebrities, and photography, bringing you interviews and behind the scenes looks at different movies and many stories of some of the top photographers who work in this industry.

On this video LA (and NY) based celebrity photographer Randall Slavin talks to Margaret Larson from King5 on New Day Northwest and shares some interesting stories about how he came u with his recent book – “We All Want Something Beautiful“.

The book is comprised of shots of many actors who later on become famous but well before they were known to the general public. Slavin has a chance to be around many actors for decades and he took many personal shots that were left in boxes that only his friends had a chance to look at.

Eventually, he decided that all those images should see the light of day and along with some interesting stories about Jennifer Aniston, Leonardo DiCaprio (and even a very young Reese Witherspoon).

Slavin has a good mantra – “if your pictures aren’t good enough – you are not close enough”. This is a good mantra for candid pictures but it seems that some of his professional portraits also take this advice to mind – if you look at Slavin homepage you can see that many of his pictures have been taken extremely close using what seems to be a fisheye lens (notice the oversized heads and hands).

Over the years Slavin also shot professionally some of the most famous actors in Hollywood including Mark Wahlberg, Milla Jovovich, Jeffrey Goldblum, Robert Lowe, Kiefer Sutherland, Charlize Theron, Kavin Bacon and many others (you can see some of them – here). 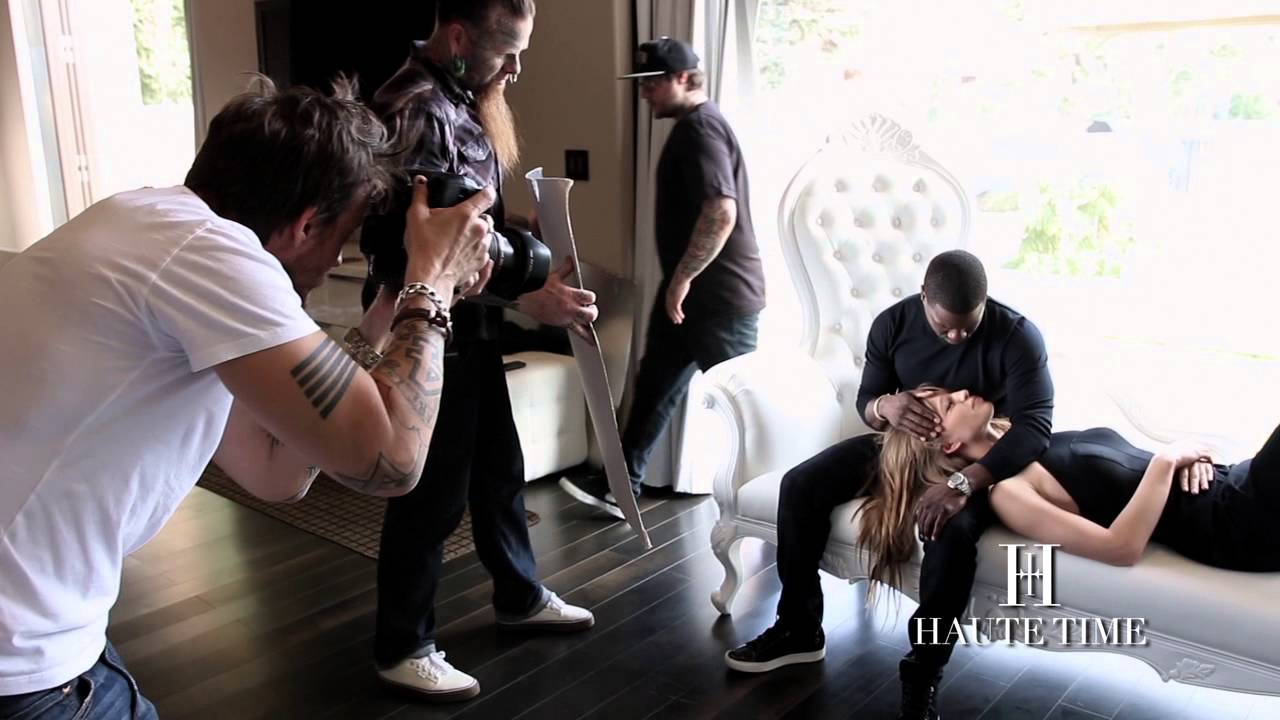 You can check out the rest of our celebrity photographer series here on LensVid.