Godox had just announced during IBC 2022 that it is working on a powerful 1200W bi-color COB light that will be released shortly under the working title of MG1200Bi.

The LensVid team had a chance to see a working prototype of the light at the show and talk to Ramon Uiterwijkwinkel from Disnet Distributors B.V. (Godox European distributor) about some of its features.

1200W LED COBs have been around for a little while now and are capable of tremendous output that can easily rival the sub even on a fully bright day.

For how powerful it is the light comes with a relatively compact ballast which is IP54 certified weather-resistant and a very low noise fan (the light is said to not pass the 32db under any audible condition).

Unlike most other Godox lights which use a Bowens mount, the new MG1200Bi uses a new large Godox mount (it includes a few reflectors but we are unaware of other light shaping tools at the moment although these will surely come in the future or closer to the actual release of the product).

Another interesting feature of this new mount is that it includes electrical connectors. This means that the light “knows” if and what modifier is connected to it and can change according (for example taking an attachment off the light will turn it off. The light also has step-less dimming from 0.1 to 100% so you can turn it on at a very low output if you want.

As you would expect from such a beast this light will not power from batteries and will only work with AC. on the plus side it has DMX, BT, and direct control using the big color monitor. It also

Official Godox video about the MG1200Bi 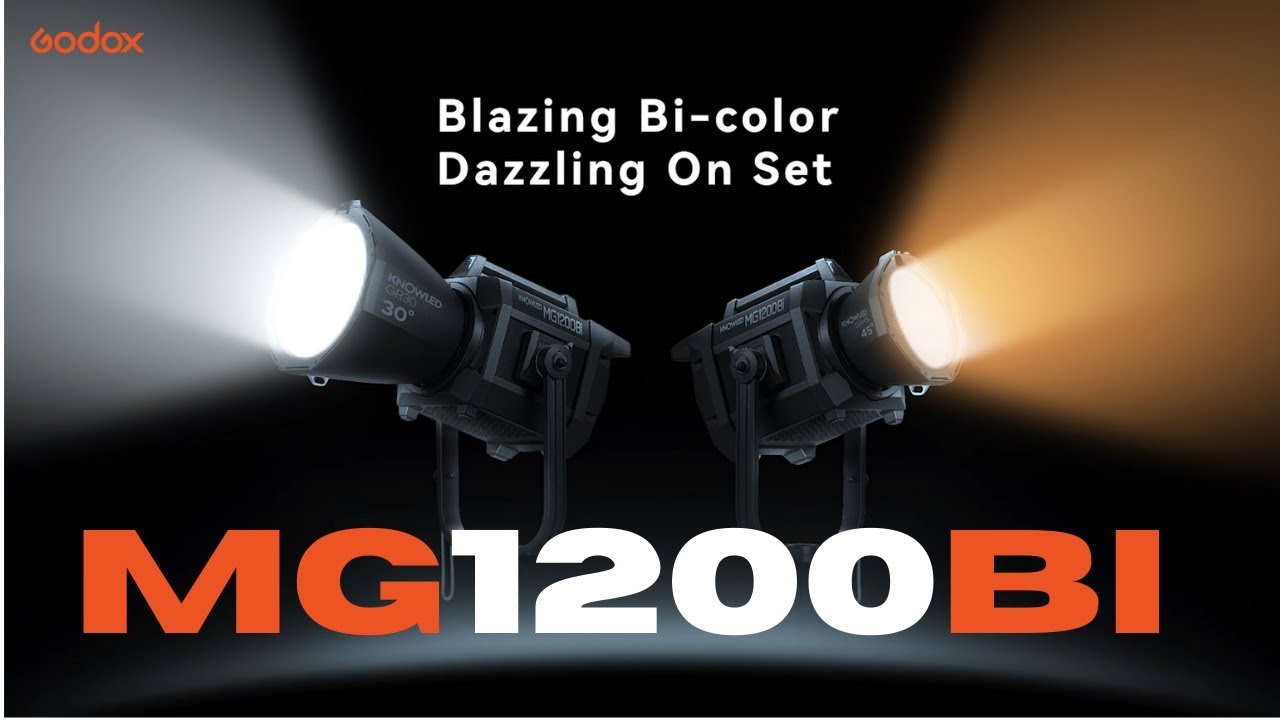 At the moment we can’t comment on the pricing or availability of the MG1200Bi but we were promised that this info (and some more specs) will be available closer to the official announcement.

For more coverage from IBC 2022 – please visit the following link.