We continue our sports photography special series today and this time around we are looking at an interesting behind the scenes setup of James Quantz Jr, a professional sports photographer from South Carolina who shares some interesting tips based on his experience as well as a second video where he talks to photographer John Gress on a special DIY lit backdrop that they both created and how you can build one for your own photography.

Quantz JR has started his career shooting large-format landscapes and doing studio work before he went into sports photography and this is very much visible in his works. Like many successful photographers Quantz JR distinct itself by having a clear and recognizable style with hard lighting, deep shadows, and crisp highlights (reminiscent of many Hollywood movie posters).

A lot of Quantz JR work is outside the field (or at least not during games times) and focuses on bringing a sort of portable high-end studio to a location (this is important for a lot of professional sports since pro athletes typically do not have time to go to a studio each time they need a promotional shoot which happens quite often in the age of 24h social media.

The above video looks at a setup Quantz JR used for a College football shoot (although he uses more or less the same setup with variations for many other shoots including ones for NFL, NBA, and NHL works). The most obvious part of his setup aside from the Wescott 7′ and 43″ silver umbrellas with  Profoto B1/D2 lights are the two big Cambo Boom Arms which allows him to place the light around or above his subject with very little effort. Quantz JR actually (if you are interested in those he made a video about how he uses them back in March 2020).

The reset of his setup includes a tethered MAC/camera (Nikon D850) and some battery chargers, extra batteries, and other accessories.

Besides gear, most of this video is about what makes or breaks a sports shoot like this and here Quantz JR has a number of very useful tips: 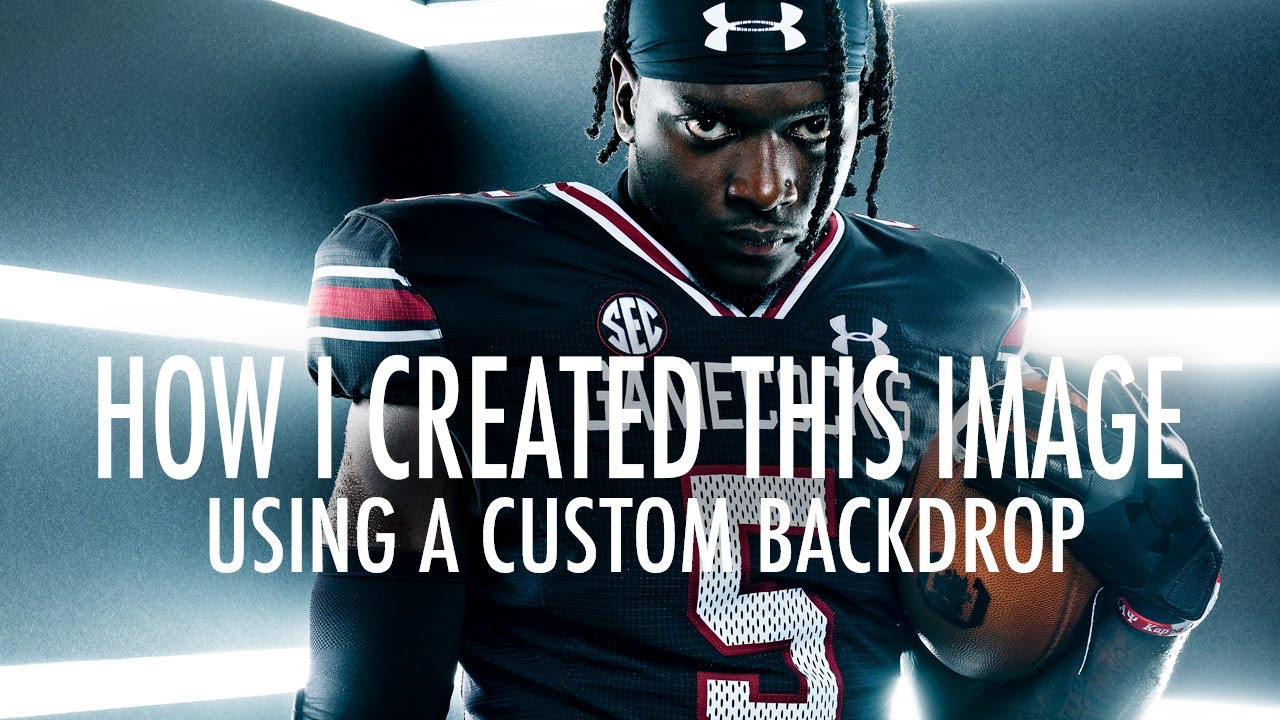