We have recently tested a different wireless system by Hollyland, the Mars 300 Pro and the company certainly knows its way around wireless technologies so it should come as no surprise that it decided to release an innovative wireless mic system as well.

The LARK 150 uses two very small transmitter units which have their own mics and 3.5mm jacks working together with a relatively compact receiver that can be placed on top of a camera and includes a screen and headphone jack for monitoring the sound. Both the transmitter units and the receiver have internal batteries (4.5h on each transmitter unit and 7.7 hours for the receiver) and they come with a really nice magnetic case/charger that not only stores and chargers the units (when connected via USB-C cable). But also has an internal battery so even on the go just placing the units inside the case should charge them at least twice (charging the case takes about 2.5h).

The official range of the unit is 100m (about 330ft), it has a very low official latency of 5ms and the unit has a Digital Signal Processor with built-in intelligent noise cancellation technology and tunable low cut filter.

Like many other systems today it has a safety track option to help you prevent clipping (by recording a second track at -6db (we are not exactly sure how this will work when both transmitters are used and the receiver is connected to a camera which has only two channels).

The futuristic-looking charging case for the Hollyland LARK 150 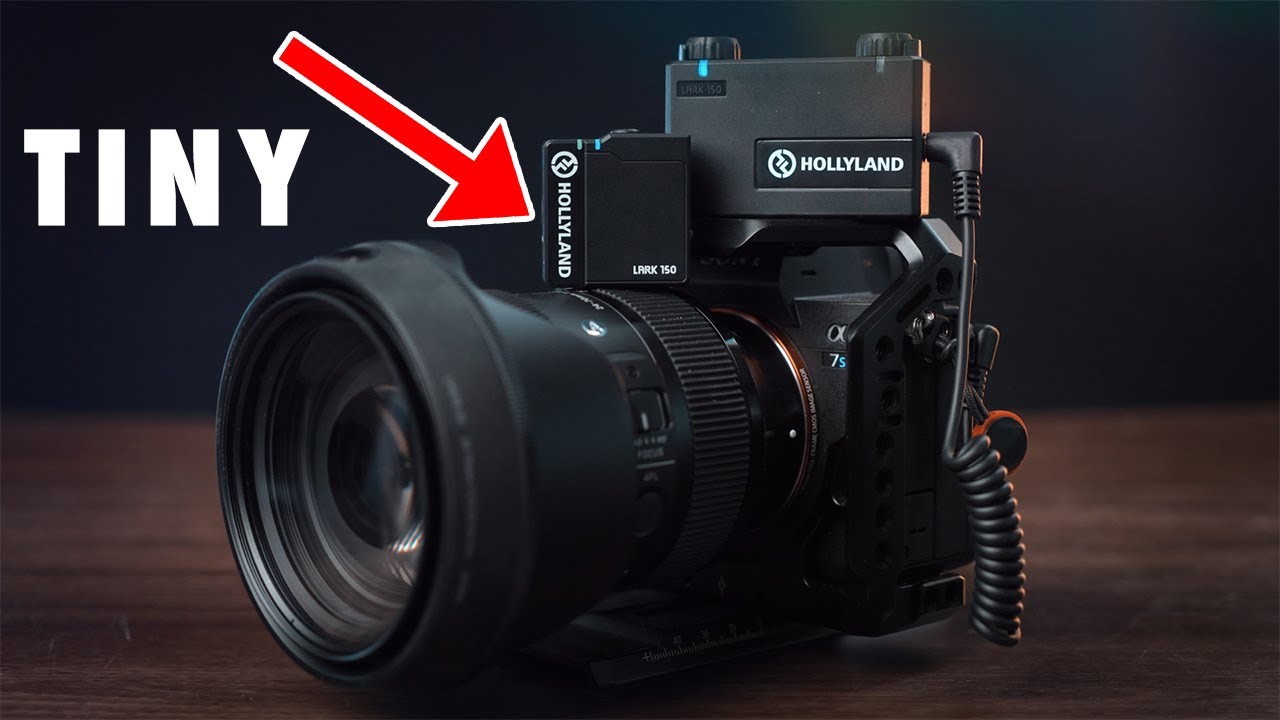 Tech Notice hands-on with the LARK 150 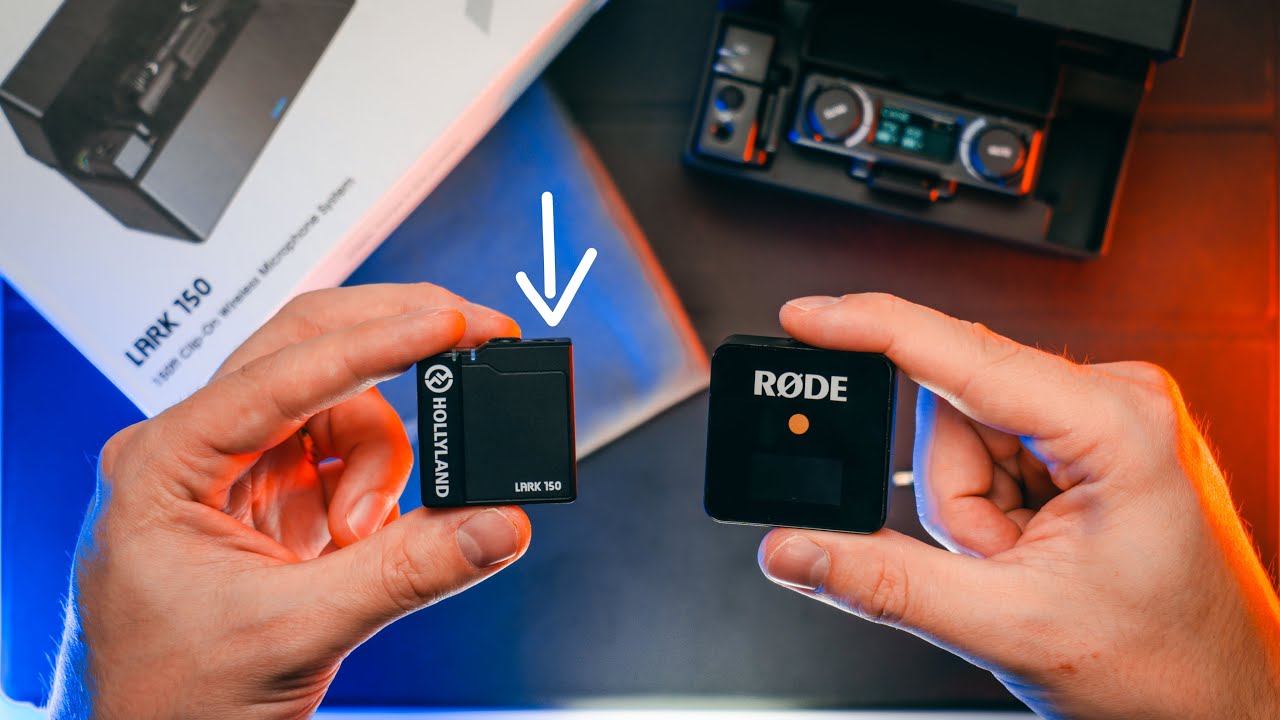 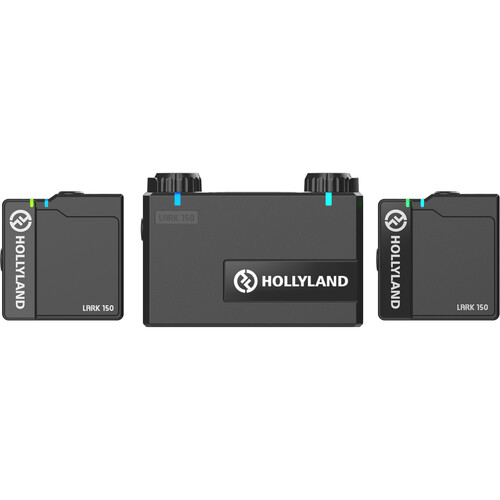