Leica announced earlier today an update to its SL line of cameras with the SL2 which brings a host of new features. Our friends and colleagues Chris Niccolls and Jordan Drake from DPR had a chance to test the new SL2 in Germany while visiting the Leica headquarters.

The original SL was announced back in October 2015 and was the first camera with the L-mount developed by Leica and now used also by Panasonic and Sigma in their Full Frame mirrorless cameras.

The SL2 is a major update compared to the original SL, it brings a new sensor, new processor, has built-in image stabilization, redesigned body & ergonomics, new high res EVF, larger and better LCD, Twin UHS-II SD card slots, many new and exciting video features and the list goes on and on. Leica seemed to really use the time since the original SL to perfect every important part of this camera and bring it to the cutting edge of existing technology. We made a list of the main features of the camera: 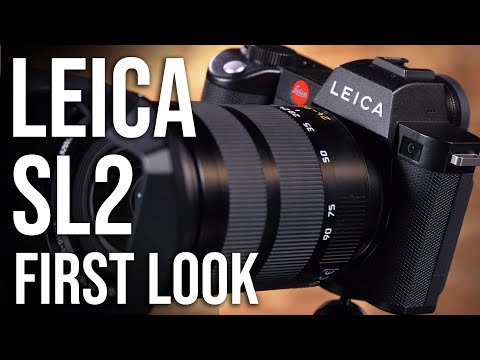