Leica announced earlier today the third generation of Monochrom cameras and this one a major card up its sleeve in the form of a completely new high-resolution sensor. Photographer Matt Granger published a hands-on look at this Leica M10 Monochrom after using it in the street of NY city.

The first two generations of Leica’s Monochrom cameras were pretty innovative and unique but they basically used a regular sensor without the color sensor array. On this new generation, Leica did something really special and designed a new 40MP Monochrom sensor from the ground up specifically for this camera.

The camera itself (besides the sensor) is essentially a Leica M10P but the new sensor allows it to go as low as ISO 160 and compared to the two older generations it seems to have a much better ISO when going up (we are talking about a much newer technology despite the significant bump in resolution so you should be able to go way about 12,500 ISO which looked super grainy in previous generations.

Granger used the Leica Visoflex EVF with the new camera and it seems to be very important as focusing 40MP image using an optical (rangefinder) viewfinder can be extremely difficult – especially with fast glass.

Talking about fast glass, Granger also had a chance to play with the new Leica M 90mm f/1.5 which seems like a pretty amazing lens (but like most things Leica – be prepared to shell out some serious money for this one). 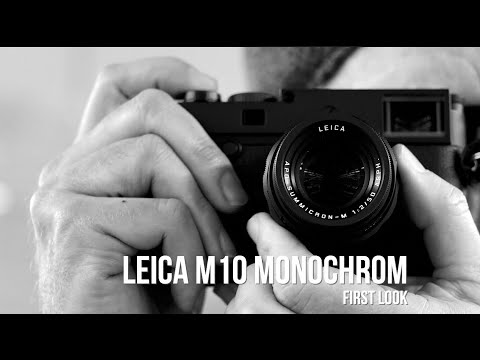