During IBC 2019 Aputure showcased a number of new products, as well as a very special upcoming light that is said to be the most powerful the company, has ever designed called the LS 600D and a bi-color COB version of its powerful 300D called the 300X, as well as a mini portable RGB, LED.

The most existing product shown by Aputure on IBC is certainly the LS 600D. This behemoth is still in development and should reach the market around February of 2020. However, even in this early stage, it is clear that this light is a possible game-changer for those who need a LOT of light from a relatively compact and portable unit to replace at least some of the existing HMI lights used in larger productions until now.

A 600W LED of this type can fill up an entire room with light (depending on the size of course) or a scene with several people. In the Cinema5D video above TED from Aputure compared the output of this upcoming light to an 800-900W HMI light which is a very nice achievement (although taking on the “big boys” of the HMI family is still a few years into the future).

Despite the power output and heat generation, Aputure was able to reduce the noise level of the unit thanks to a new generation of fans with high efficiency and low noise level. The unit will take 4 V-mount batteries and you can power 2 units like this from a normal AC in the U.S. (or 4 in Europe). The controller is still a prototype and while it is big, it is still something that an operator can carry with him/her to a location fairly easily.

At this point, no pricing was set for this upcoming light but we will know more in a few months when the light will get closer to reaching the market.

Another 600D video by the guys from ProAV TV from the U.K. 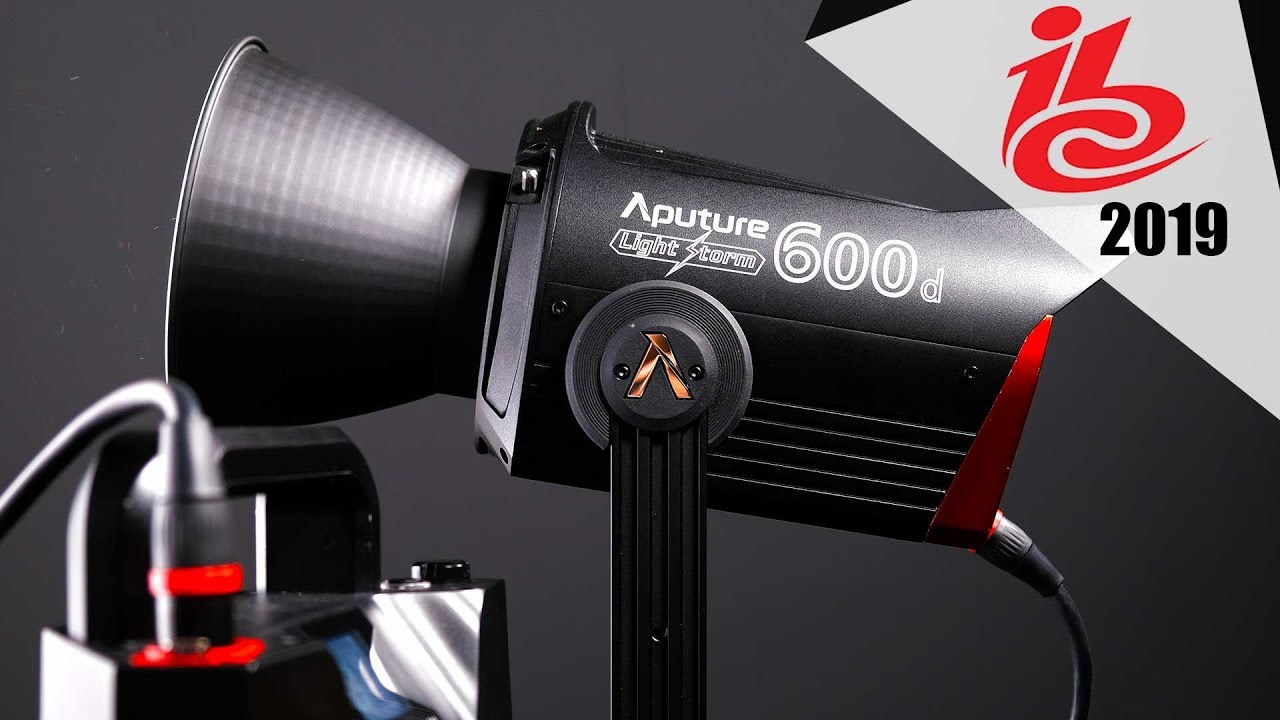 The second product showcased by Aputure on IBC this year was the 300X – this is a true bi-color version of the 300D Light On Chip (COB) LED Aputure released not too long ago.

Apparently making a true bi-color COB that plays well with fresnel and other types of optics is complicated, and while bi-color COBs might work well inside a softbox – using a fresnel might cause some issues with the light. This is why Aputure is so excited about this new light which uses a new type of COB that has none of these issues.

Pricing is not set at this point and the product should reach the market in January-February 2020.

Newsshooter look at the new 300X bi-color COB from Aputure 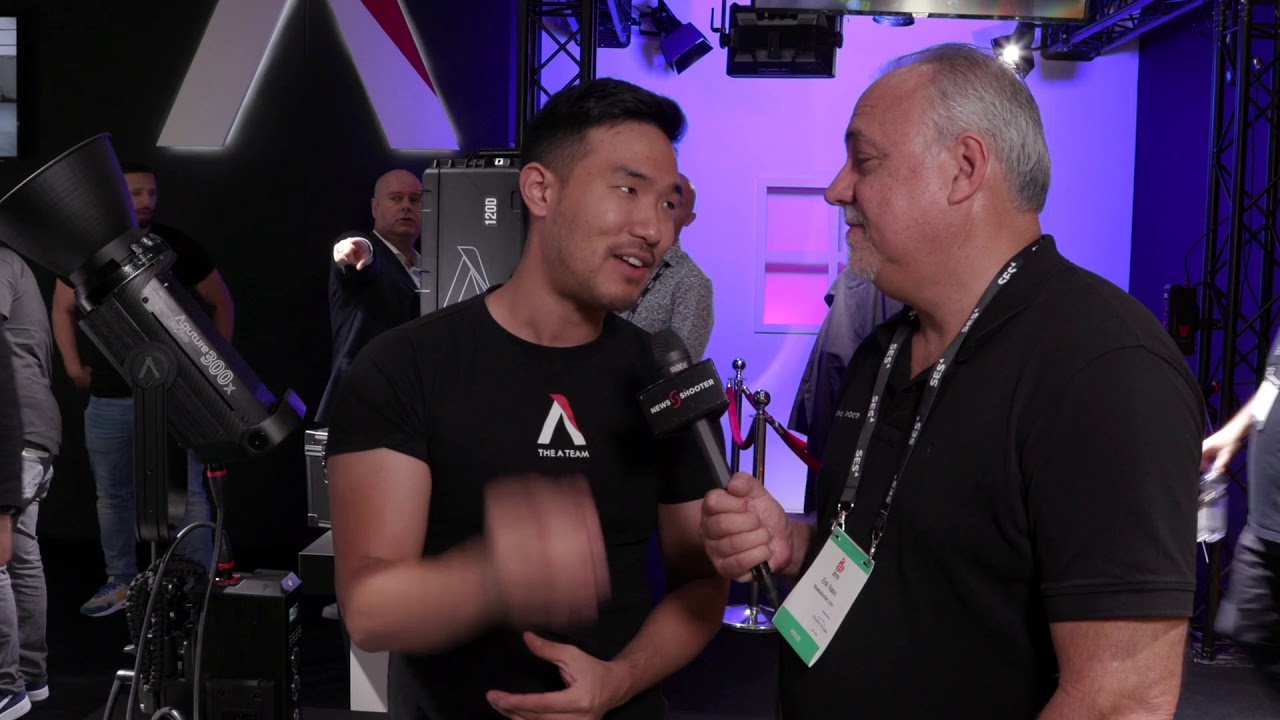 Another 300X video by the guys from ProAV TV from the U.K. 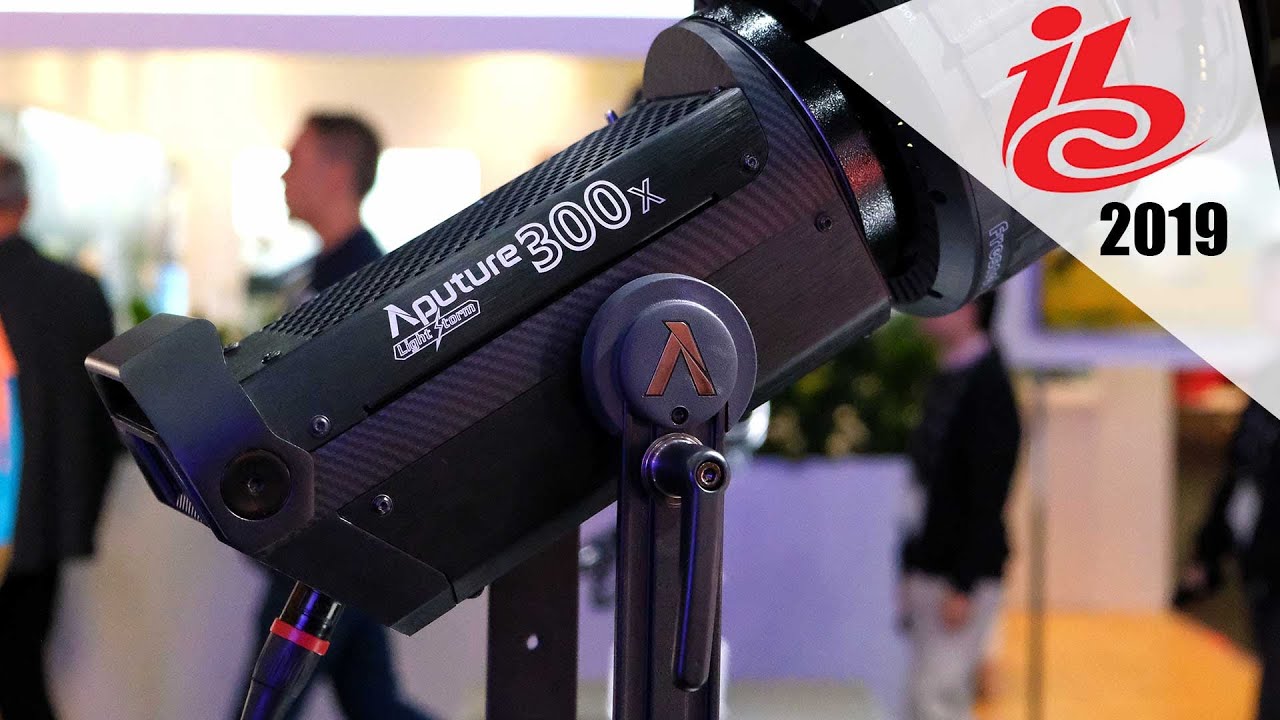 Finally, Aputure also showcased its first RGB LED called the Amaran MC RGB. This tiny little light from the Amaran family. It is a tiny unit but it is still twice as powerful as the Aputure M9 and on full power is said to give the user about 100 min of use (and 20 hours on min power). There will be options for multi-light chargers (4 and 12 and the 12 will come in a hard case).

Pricing for the Amaran MC RGB is going to be around $80 starting from October 2019. 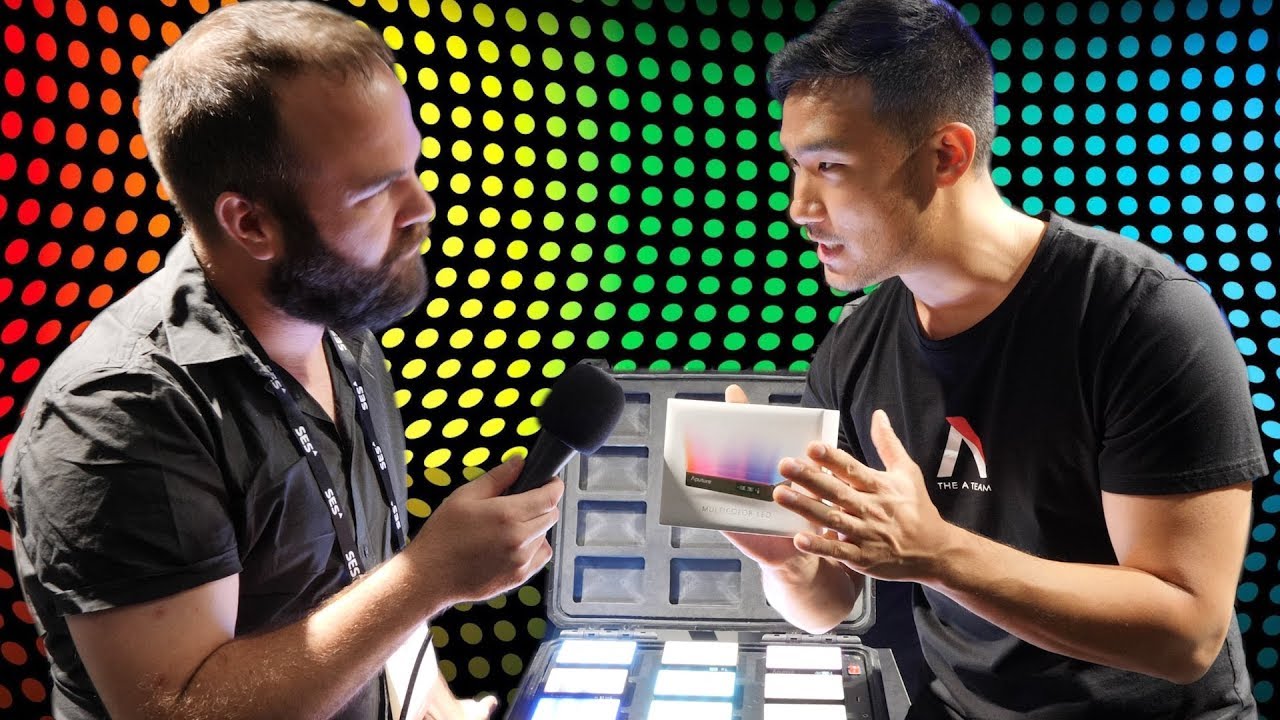 If you liked this video you might also be interested in some of our other videos and coverage of IBC 2019 – here.