The Lacie Rugged series has been around for a while now and many professionals rely on them to keep their images backed up and safe, as they generally have a splash, drop and in some cases crush resistance. we have looked at a couple of them here in the past (see our LaCie Rugged RAID Review and our Lacie Rugged USB-C Review).

The three new drives expand on this and offer some exciting possibilities for both photographers and videographers.

Let’s take a look at what’s on offer:

This new drive is not that different externally than previous offerings in the Rugged range, with drive sizes up to 2TB (0.5TB and  1Tb are also available), both water (IP67) and drop resistance (3m fall) all in a relatively compact package. The big change though is the increase in speeds of up to 950MB/s (almost twice as much as the existing LaCie SSD drives), which will allow the user to easily store and edit 4k footage.

The unit is based on the new Seagate FireCuda NVMe drive which also offers data encryption and comes with five years of limited warranty.

Pricing for the drive will range from $180 to $500 depending on the capacity. This won’t be the most exciting details for many though, for most it will be the phenomenal speed. The Lacie Rugged Pro SSD offers speeds of up to 2800MB/s using a Thunderbolt 3 connection (just like the new Lacie Rugged SSD series). The drive will come in a 1TB and 2TB variants and will offer the same 5 years limited warranty.

At this transfer speed, you’ll be able to playback and edit 4K, 8K as well as RAW sources without having to transcode them. The Lacie Rugged Boss (or Backup On-Set Solution) SSD is slightly different from the two other drives released today, as it features a built-in SD card slot, battery, and screen, which means that you can back up your files without having to use a laptop. This unit looks very similar to the 2TB LaCie DJI Copilot which has similar features and was developed in cooperation with DJI and reached the market back in 2018. The main difference besides the 1TB only capacity is that this drive is based on an SSD with up to 430MB/s transfer speed while the original Copilot drive was a based on a slower mechanical drive (please note that this drive is based on a conventional SSD and not NVME like the two other units announced today).

The Lacie Rugged BOSS SSD connected to an iPad 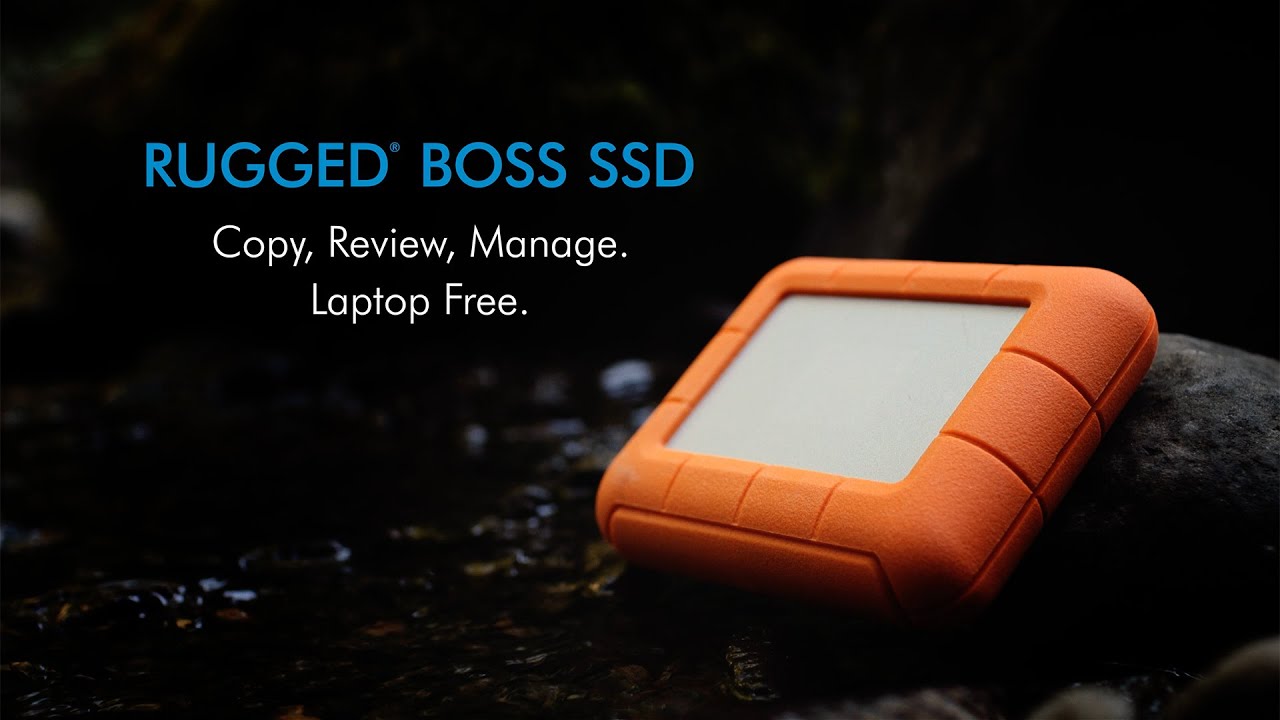 Lacie has clearly upped the speed of this popular range of drives to keep up with larger file sizes and the speeds required.

Pricing for the Lacie Rugged BOSS SSD is set at $450 (about $100 over the price of the existing 2TB HHD LaCie DJI Copilot BOSS).

We are hoping to test at least some of these new drives later this year, in the meantime, If you don’t want to miss any new photography product be sure to check out our product photography section.