Can you use LED lights instead of strobes for still shooting? what are the advantages and disadvantages of using LEDs and strobes for stills shooting (and to some degree for video as well)? In the video above, professional photographer, Karl Taylor discusses several of these questions and gives examples based on real-world measurements.

Before we dive deeper, we first need to understand how both LEDs and strobes work. a LED is a type of continuous light, it can be a panel or a more “point” light source like a COB. This means that it pushes out whatever light you set it to all the time (until you change it of course).

A strobe is a very different “animal”. It will only output the amount of light you set it to when it gets a signal (typically using some sort of wired or more typically today wireless command from a trigger connected to the camera whenever you press the shutter button on your camera). The rest of the time a strobe will emit no light unless you choose to turn on the modeling lamp.

As Taylor mentions in the video – you can, in theory at least use a modeling lamp for video shooting but on many flash heads it is set to 3200K so it is very yellow and typically not that powerful (it can also produce a lot of heat on many existing strobes although some new strobes do use LED modeling lamps now so maybe in the future when LED technology will evolve we will see strobes with better video shooting capabilities).

To sum things up – LED COBs/panels are continuous lights while strobes are pulse lights (even if they might not appear that way because they have the modeling lamp turned on all the time).

Now that we understand this basic difference, what does it mean in practical terms? here are a few points that Taylor brings up: LED technology is moving forward quickly, actually much more quickly than traditional strobe lights. Some manufacturers are starting to experiment with a new type of hybrid LEDs that can function as strobes as well. The way they do so is to use the LED to produce a shorter flashlight burst (just like a strobe) at an output that is greater than that of the LED at 100% continuous power (we are not sure if this can influence the longevity of the LED but we should assume that manufacturers are taking this into consideration).

Godox is one of the pioneers of this technology (being both a LED and strobe manufacturer) and their FV150 and FV200 LEDs come with a strobe mode. How powerful are they? Photographer Robert Hall published a video comparing the less powerful FV150 to a popular AD400 PRO strobe (both from Godox) and came up with a 4 stop difference. Not as much as Tylor but still a pretty big difference in real-world use – think ISO 1600 instead of ISO 100). The FV200 is probably a bit more capable but it seems that Godox still has some work getting closer to the performance produced by their own strobes with LED-hybrid lights. 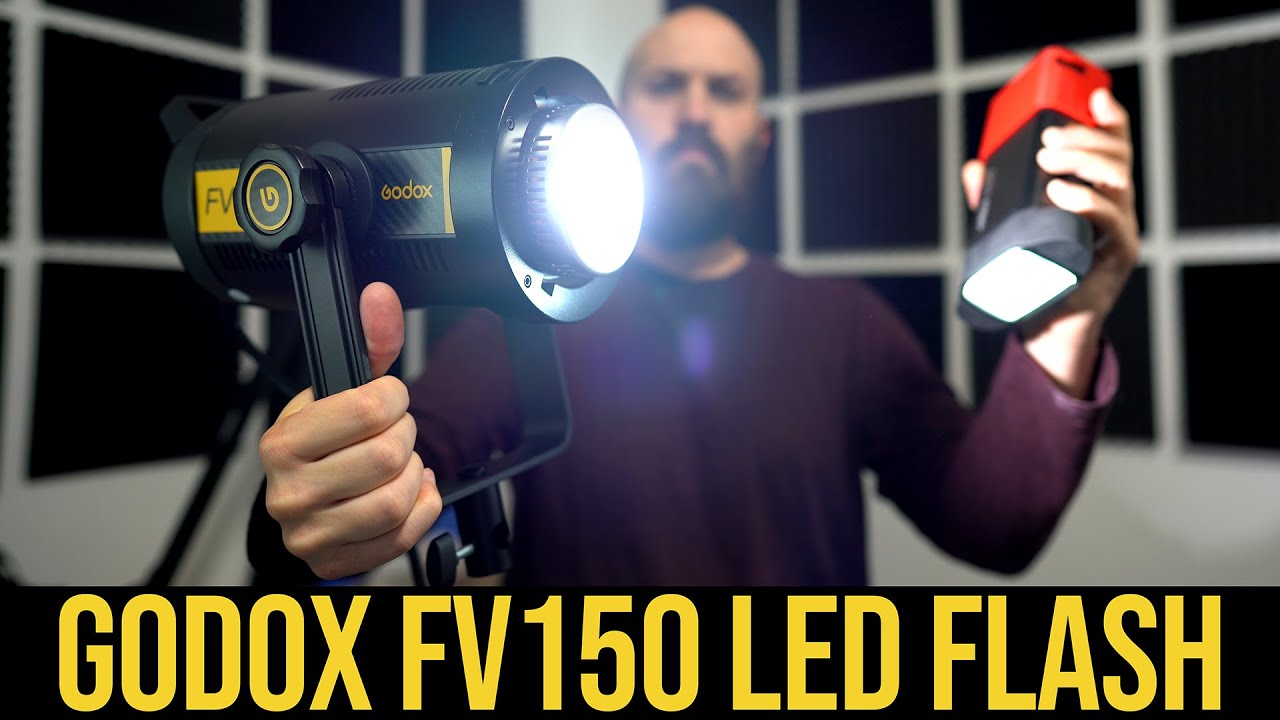 A look into the future

As we mentioned above, LEDs are evolving at a very fast rate in the last few years and the industry (not just the photo/video LED industry but the commercial LED industry as a whole) is huge and billions are invested in R&D all over the world each year.

We are aware of several manufacturers (we can’t disclose names so please don’t ask), that are actively working on very high power LED-strobe hybrids that should reach the market in the not too distant future. We haven’t tested those yet so we can’t give actually numbers but based on what we do know we can say that the performance is likely significantly better than what currently exists on the market.

Those types of next-gen LED-strobe hybrids might be able to operate at stills or video mode where they either output full power constantly or put out a “modeling light” style output and cut it out and produce a very fast burst or burst of powerful flash/es of light.

LED hybrids to bring in all sorts of possible options that do not currently exist on traditional strobes like zero recycle times, color, and possibly even RGB modes and of course the versatility of using a single light for both still and video work.

Conclusion – what to choose Strobes or LEDs?

To some degree, the old division which suggested using strobes for stills and LEDs (or continuous lights in general) for video, is as true today as it was years ago. However, things are starting to change and even today there are niches that can benefit from using primarily LEDs and this will only increase over time.

Here are our suggestions on what to choose:

Shooting a model with only LEDs – possible, but limiting You can check out more of Karl Taylor’s video we posted in the past here on LensVid. Keep track of new LEDs here.