NAB which ended last week had quite a few new monitors on display. This time around we saw improved functionality, lots of wireless integration, a lot of emphasis on high brightness and touch.

We created a short roundup of videos covering most of the new monitors at the show. The first one (above) is the new Shogun 7 which Atomos CEO Jeromy Young introduced in (see the video below). It has a 360 zone feature which significantly improves the contrast and color of the monitor. The panel itself is the same as what the Shogun had in the previous version but the zone technology itself is new.

The new monitor can record 5 streams of 1080p 60p simultaneously (theoretically also dual 4K 30p although this might not be available out of the box). The RAW ProRes files include a lot of metadata now which the screen record so this can be useful going forward. 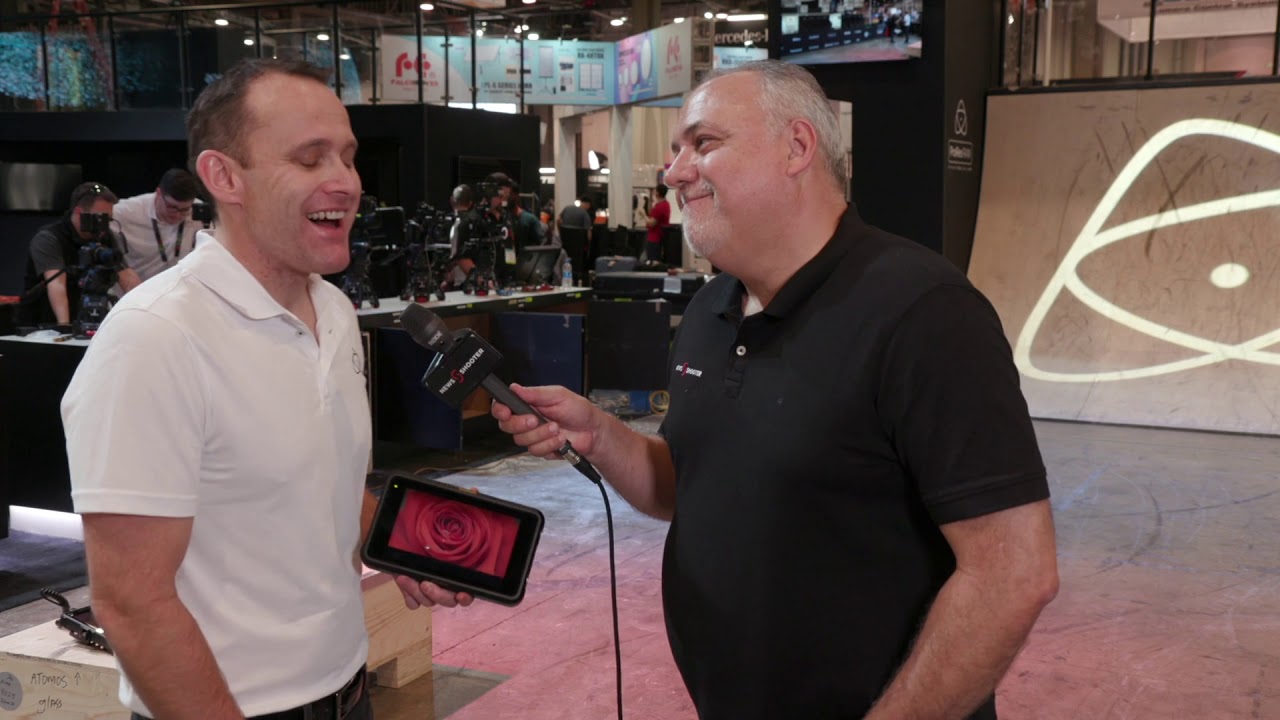 Atomos also introduced the long-awaited SDI module for Ninja V users. It is 4K which is very interesting (although do keep in mind that the SDI can’t do RAW – at least not at the moment). 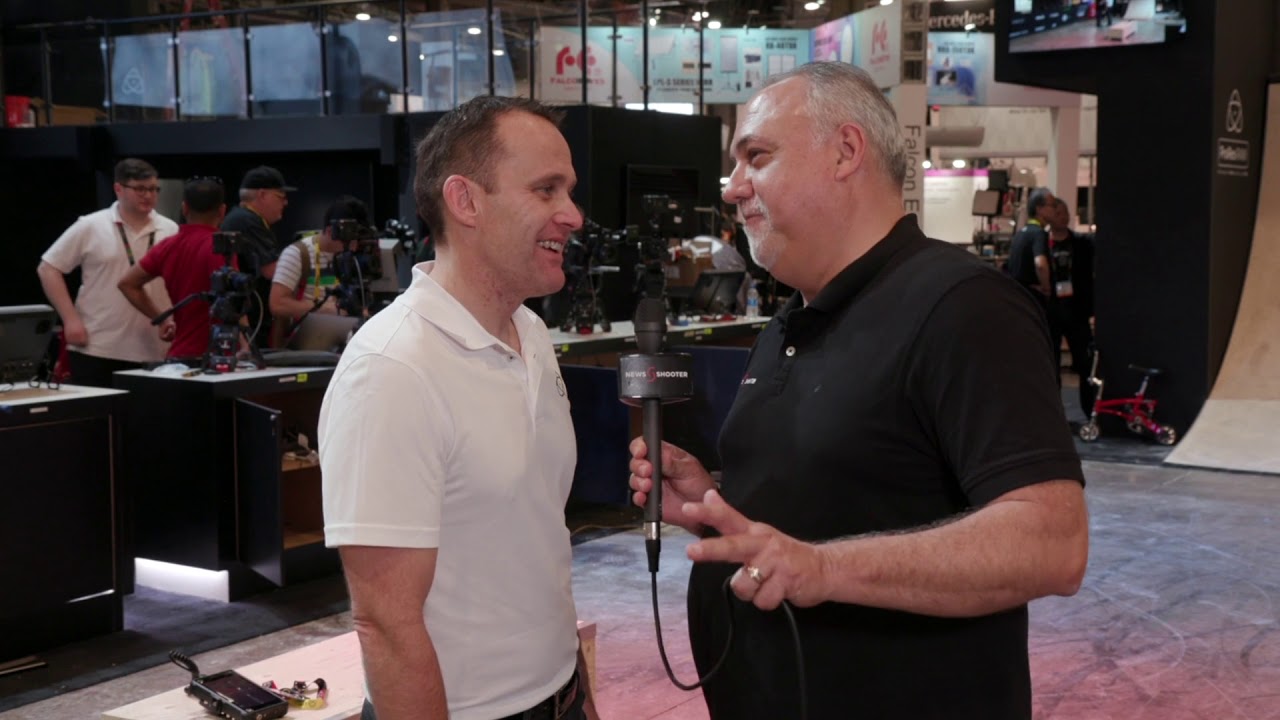 SmallHD introduced a new version of the 702 monitor which includes a touch feature. The other possibly more unique MONITOR SmallHD introduced at NAB this year is the pro level Cine 7. This monitor has a DCI-P3 color space panel. This is actually not a single monitor but several versions (a basic touch version and several versions with wireless capabilities). The monitor has both HDMI and dual SDI with dual Sony batteries and Gold or V-mount options.

Maybe the most interesting feature is the camera control using ethernet (with Arri cameras, Sony, RED etc. coming later on). This allows the user to control almost any camera setting using the touch screen (this is what we would actually like to see from other monitor manufacturers in the future on lower end monitors as well (on this monitor you will have to download a license for using this feature so keep this in mind). 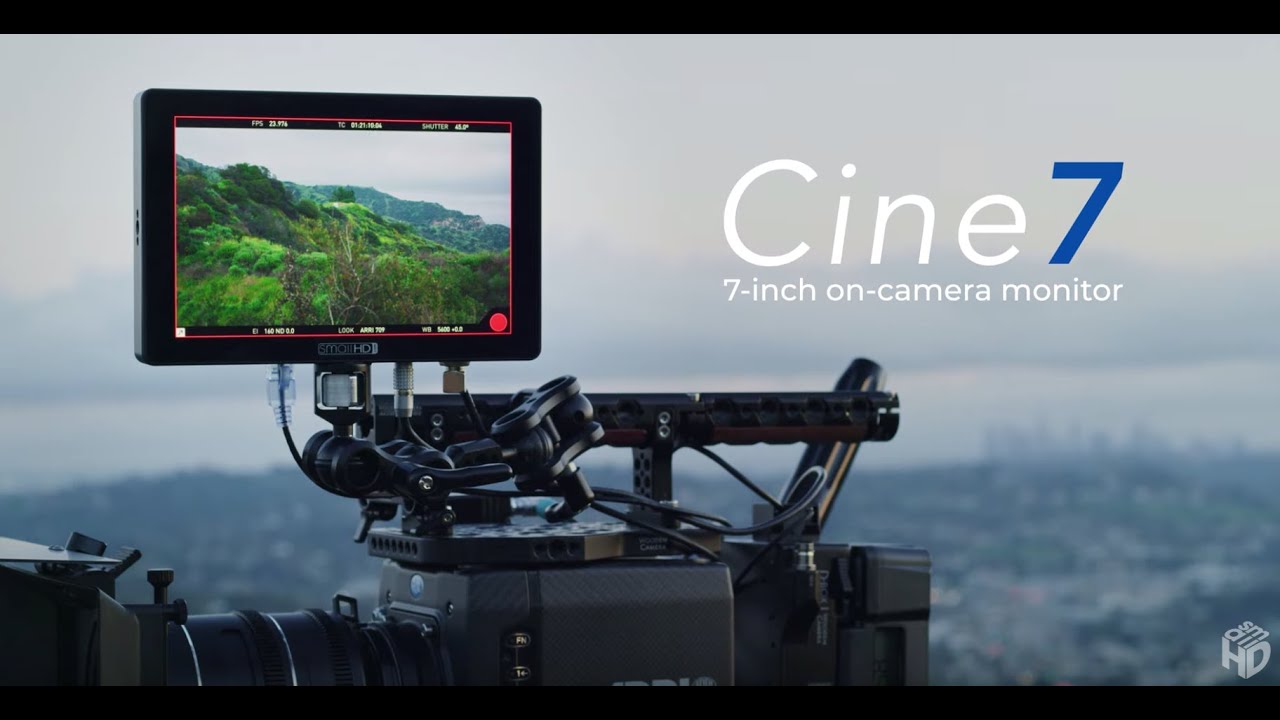 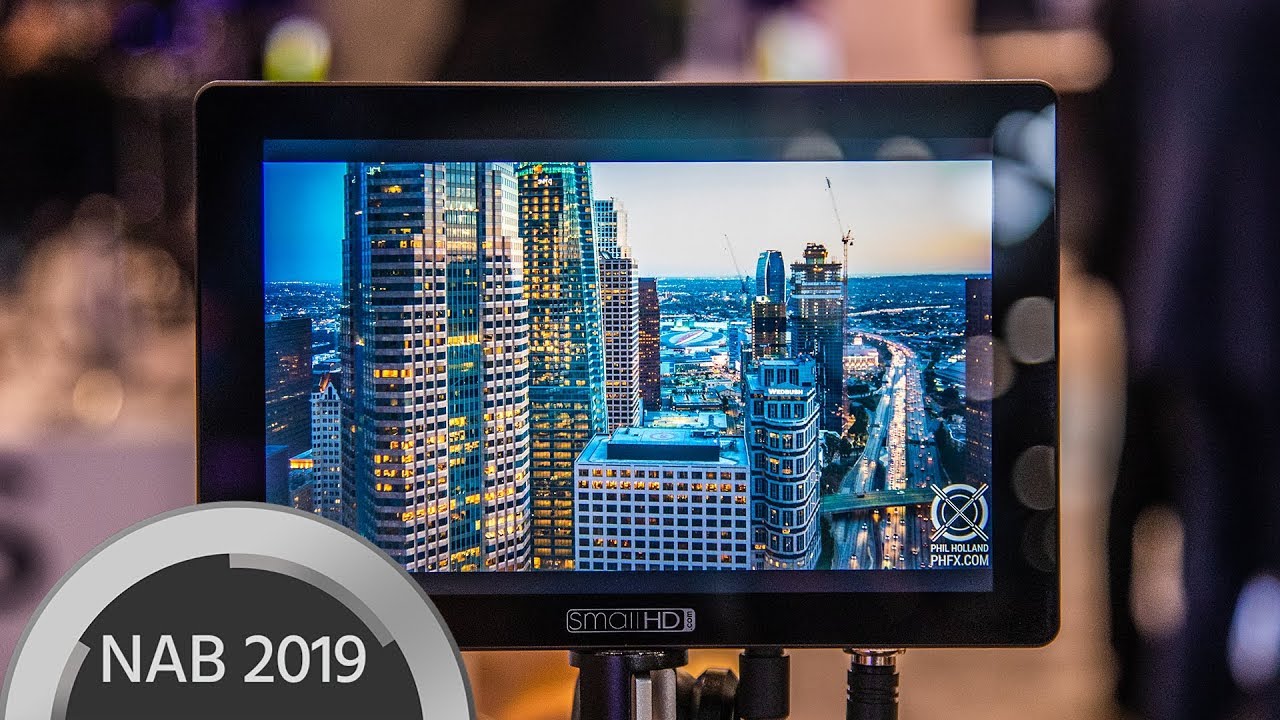 Feelworld introduced a second generation F6 monitor which now includes a touch (from the video below it seems that the interface is pretty simple and straightforward for the user). The monitor’s battery can also be used to power the camera. 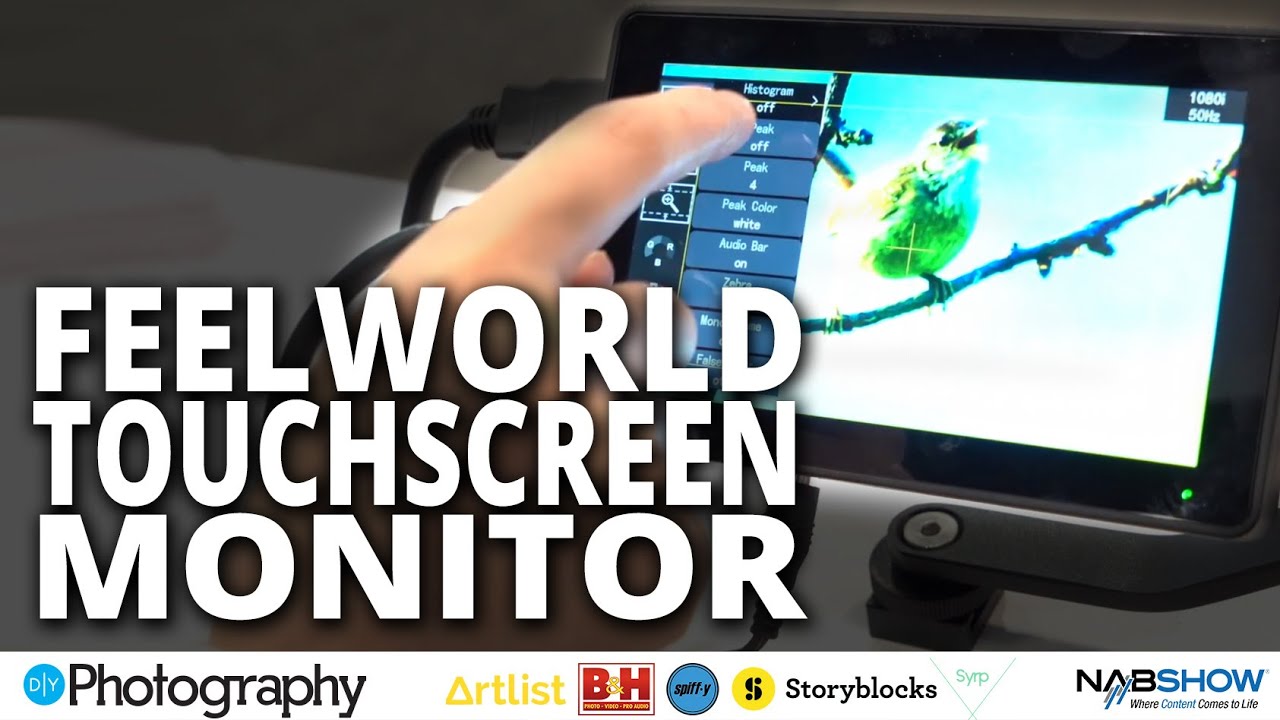 Swit had several new monitors announced during NAB this year. Swit has a T7 and G7 (with and without SDI) both have no less than 3000 nits which mean that you can use them in very bright sunlight. The new design has a joystick on the side for moving between the menus and the HDMI version will be available in May for $450 and the SDI later on this year.

Swit also showcased a line of broadcast monitors with 1000 nits in sizes of 17″ to 31 inches with lots of advanced inputs (all of them are 4K some are even DCI resolution). Interestingly Swit mentions that higher brightness monitors need to be calibrated much more than lower brightness monitors and the company provides a self-calibration technology (using a calibrator in 15 min). 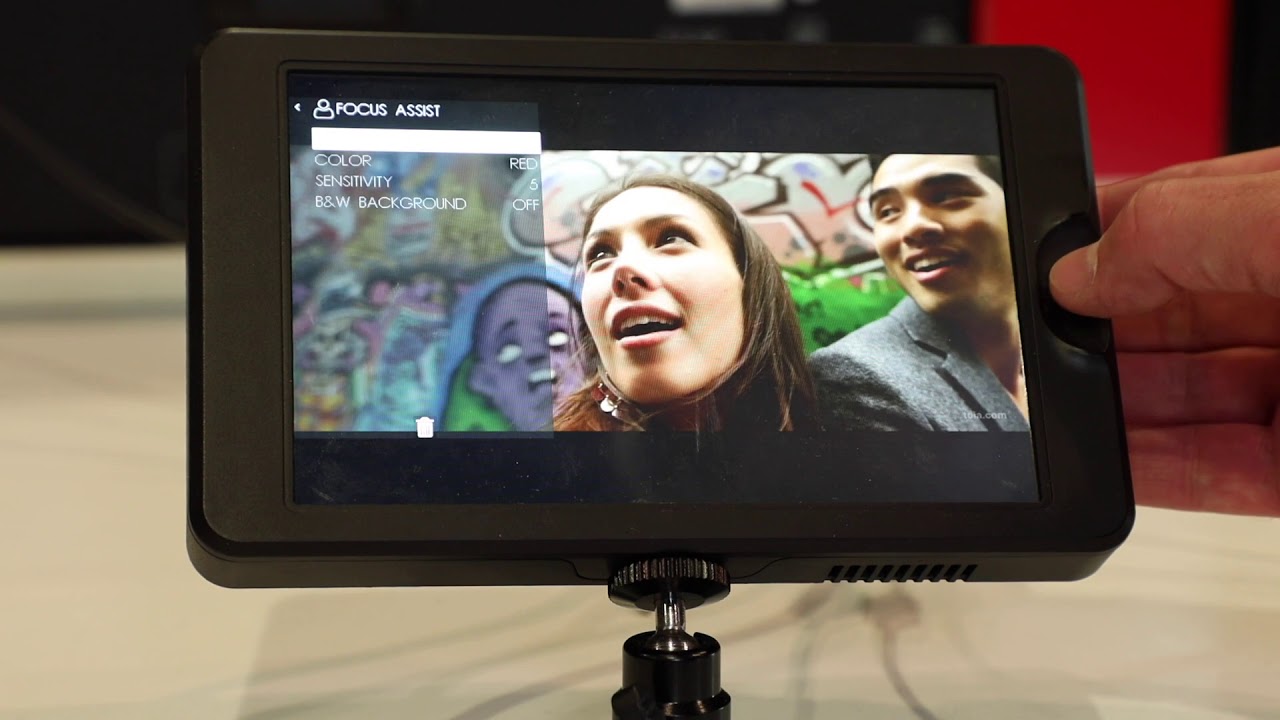 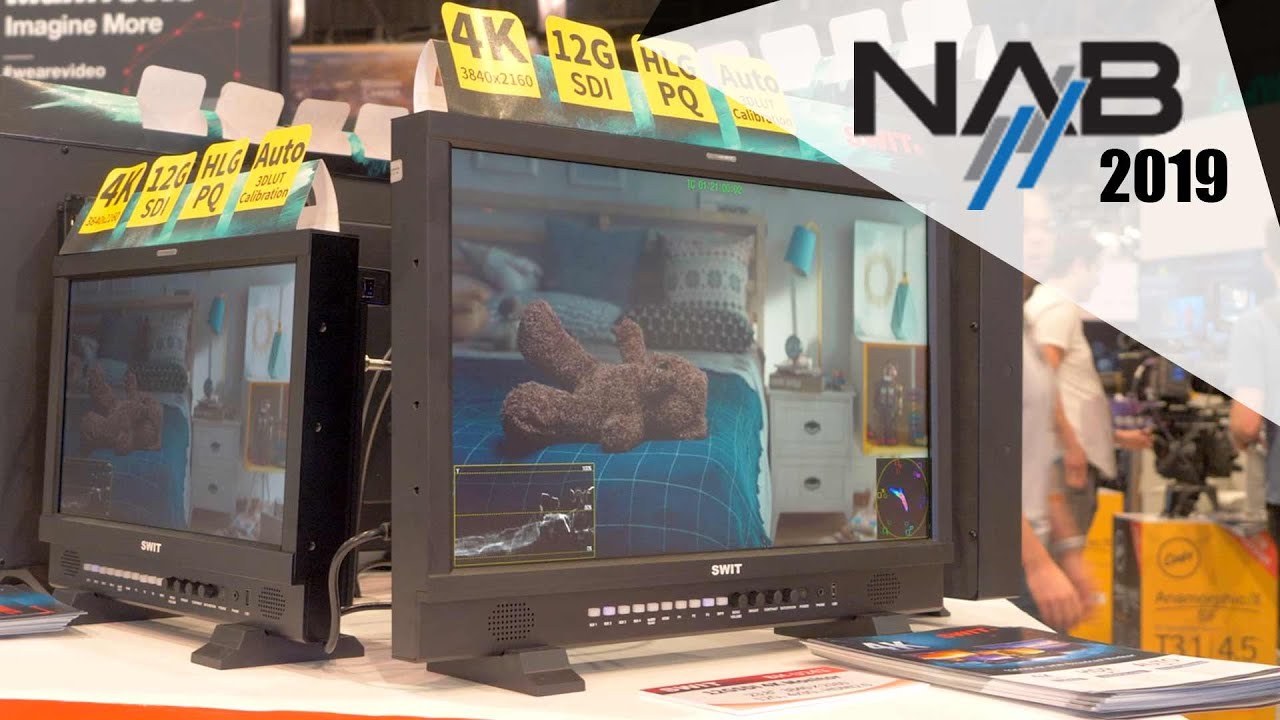 During NAB this year TV Logic introduced a second generation 7″ monitor called the F-7H. This monitor is currently the brightest 7″ display on the market with an unbelievable 3500 nits (so fully daylight viable even at very strong direct sunlight). The monitor has all the normal TVLogic features but it also adds 4 shortcut buttons on the front for sets of pages with different features.

The only downsides are the lack of 4K support (TV Logic should really start supporting 4K with their monitors) and the price – $2500 (available in early May 2019). 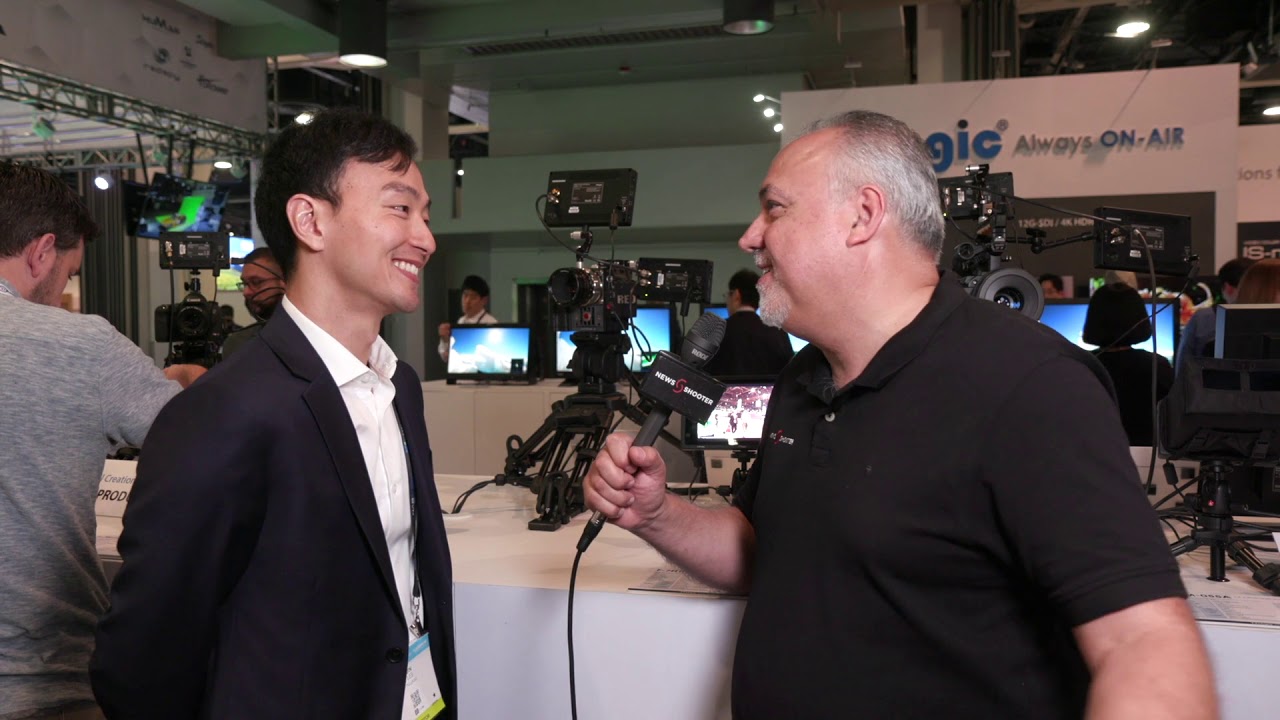 We hope that we will get a chance to test some of these monitors later this year when they become available and for the time being, we shall continue with our NAB 2019 coverage so stay tuned!