Today we want to let you in on what we can only describe as the most impressive piece of AI-driven software we have seen to date from Adobe and one of the most useful tools we have tested in general for fixing voice recordings originally called Project Shasta and more recently Adobe Podcast.

The speech enhancement tool that we shall discuss today is part of this little-known Adobe project announced back in June 2022. According to the company: “Project Shasta brings AI-powered audio recording and editing to the web, no download required. Now anyone can create audio that sounds professional, without needing to be a professional”.

These are big claims and we will soon put them to the test to see just how far you can go with this tool. We discovered Project Shasta while we were covering the IBC trade show earlier this year and from our experience, it made a tremendous difference to our audio recordings from the show. While IBC was not as noisy as some other expos we covered, there was still plenty of background noise and audio to clean up.

Project Shasta’s speech enhancement tool cleaned the audio so well that we actually had to put in a low-level expo background noise manually just to make the audio sound believable.

We did this for almost 30 videos from the show and out of several hours of recordings in different environments with different audio setups and people with very different English accents we only found one or two very minor issues with the results. Pretty impressive for a fully automatic tool that was basically still in beta. If our IBC expo test did not convince you, let’s try a more hard-core test. We took our A7 IV and recorded a mock vlog test next to a busy street in the middle of the day with the camera’s built-in mic (please never do this, it was just for the purposes of this test). In the video above you can hear our results and as you can see even at these horrible conditions the Adobe speech enhancement tool did a very good job.

Project Shasta is much more than just an audio restoration tool. Adobe created a fully automatic transcription service and all sorts of other tools to help content creators and especially podcast creators and you can check out the demo in the video below. 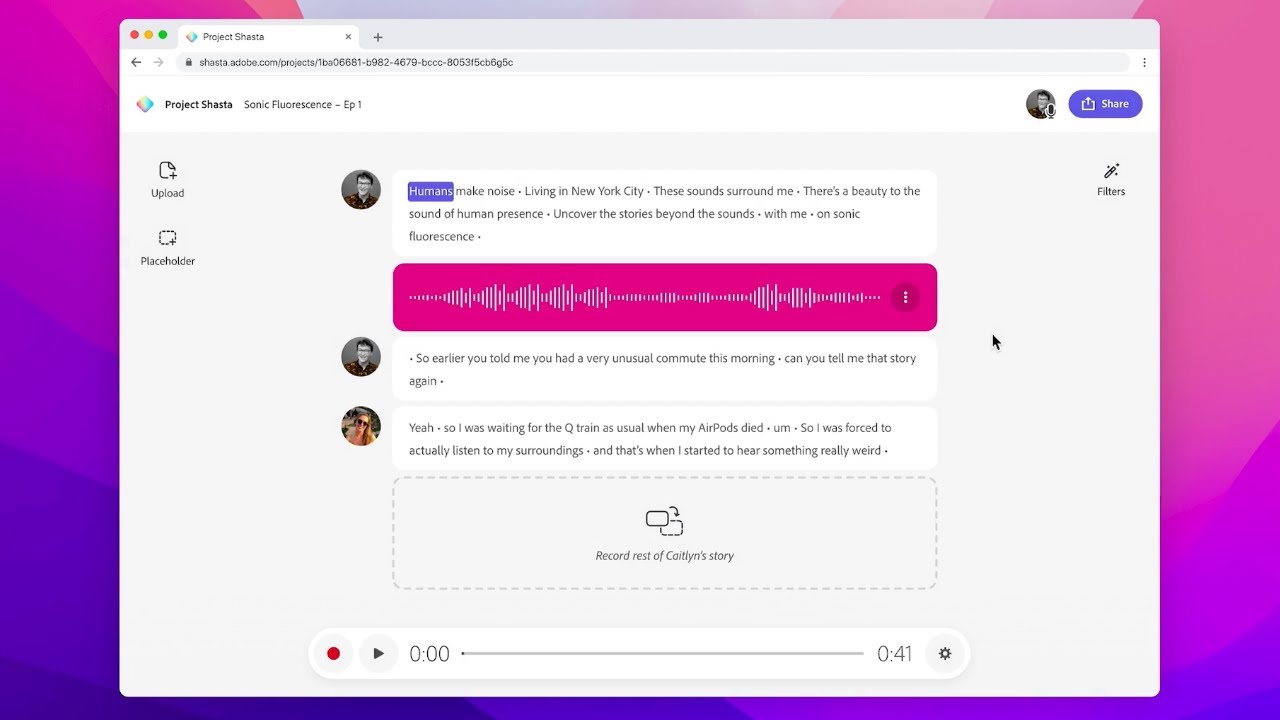 Just to put things in perspective, while we are not even close to being audio engineers, we have been working with audio restoration software such as iZotope which cost over $1000 for its advanced version for many years, fixing different issues with audio recording for our commercial projects as well as for LensVid.

iZotope is a fantastic professional tool that can do way more things. But if the only thing that you want is to provide an audio file, press a single button, and get back something that is clean and sounds way above average (in most situations), then Project Shasta’s speech enhancement tool beats iZotope and any other piece of software that we know of by miles.

What we would like to see next is a full integration of Project Shasta into Premiere Pro (and maybe Audition as well) with different configuration options to allow the user to have some level of control of the output. For example, it would be great if we could leave at least a little of the ambient noise in the recording. Even more interesting would be an option to choose with one click some room tone to add back into the audio so it would sound a little more “alive”.

At the end of the day even as it is right now Project Shasta has become our go-to tool for every voice recording that we are doing, either in our studio with our thousands of dollars worth of professional audio gear or for fixing poorly recorded audio that we sometimes get that would otherwise be completely unusable without some very expensive tools and a lot of hard work.

Before we wrap things up we recently had a chance to talk to Mark Webster who is a director of product at Adobe focusing on web audio and services and ask him a few questions about the past present and future of Project Shasta. You can find the full interview below: 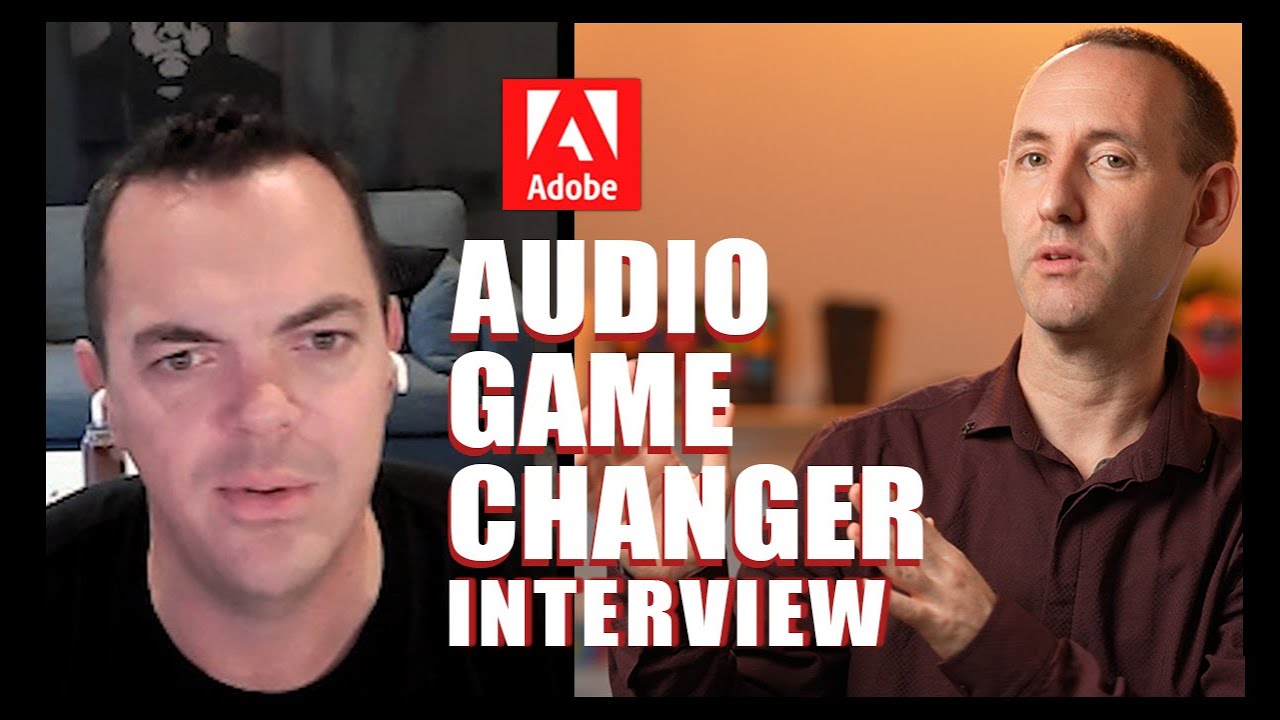 You can try the Adobe Podcat speech enhancement tool for free (you do need to register) on the  Adobe Podcast page (don’t be afraid to share any ideas for improvements or bugs with Adobe).

Today we are taking a look at a new, updated series of tube lights from…