In this second video in a series, Ted from Indy Mogul (and Aputure) works with cinematographer Justin Jones who shoots product commercials on different tips for shooting a beer commercial.

Just a few days ago we published the first video in this series where Ted and Jones shot a headphone commercial on a budget. In this video, they take a different approach and go our to shoot a mock beverage commercial.

The first step is choosing the background. Ted and Jones choose a brick wall (we also like this, its plain but looks professional and isn’t distracting when you want the attention on the beer/product). Next, you need to choose the angle – straight up is good and relatively low ISO is also the way to go.

As for lighting, you can start with lighting on the background from below (Ted and Jones put the product on a table about 10-15 feet or 3-5m away from the background to give enough background separation at f/4.

Besides the background light, Ted and Jones used one light just behind the product aimed at the back to create nice rim light, a second light from the other side at 45 degrees from the front lighting the label.

Now we move to the more interesting tips:

Bonus video: Valentina Vee from Aputure on shooting 3 different products and how to best light them 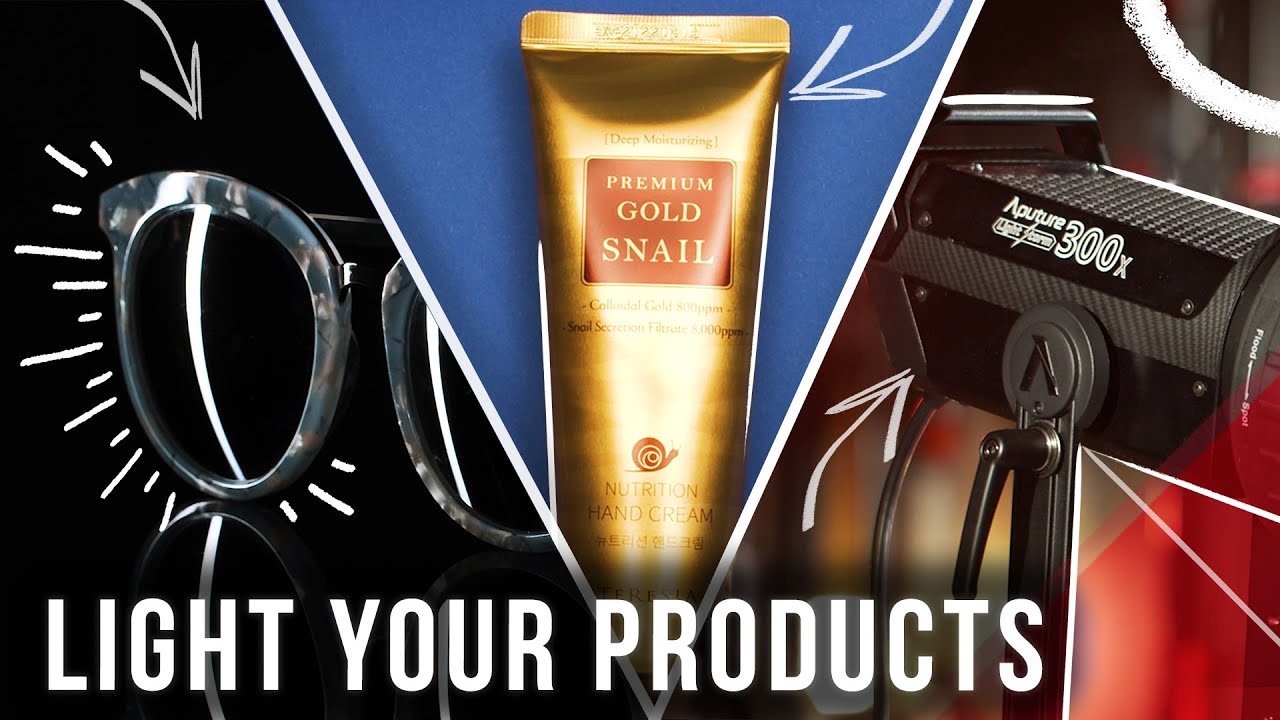