Canon’s biggest announcement in 2021 is here. The EOS R3, the company’s high-end pro mirrorless camera was officially announced today and we have all the details and early previews and reviews, as well as info on the two new RF lenses and a few accessories, announced today as well.

Before we take a deeper look at some of the advanced functionality of the R3, a few words about this new/old line. Some might wonder why this camera is called R3 and not R1. The simple answer is that we are not sure. It might have something to do with a tribute to the EOS 3 which was the original eye AF camera back in the late 1990s (see more below), but we suspect it is more than that.

To us, it makes sense that Canon is planing an even higher-end mirrorless camera called the R1 at some point and it wants to preserve this name for that camera. When will it be announced and what sort of features it will bring is anybody’s guess at this point.

Update: here is Canon’s official answer to the Why R3 and not R1 question: 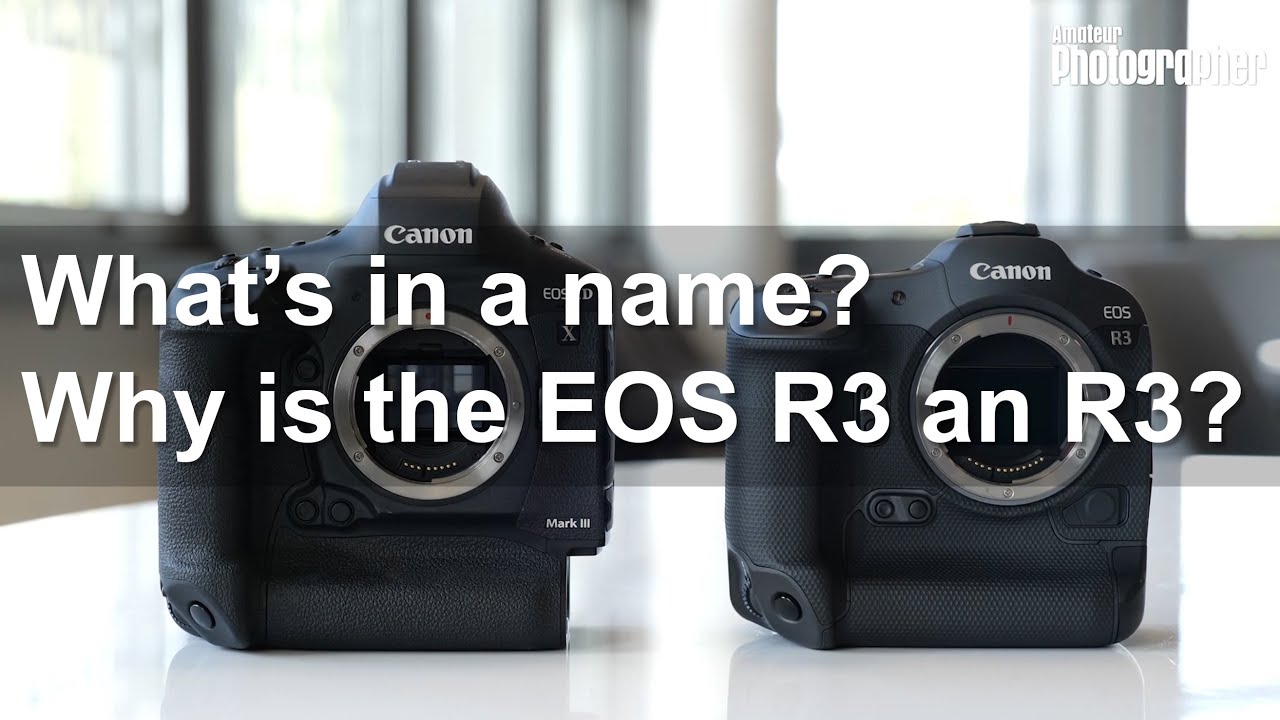 In many respects, the R3 looks like the mirrorless version of the 1DX III. It is a full-body camera with an integrated vertical grip (with buttons), a top screen, and a very fast burst rate both with a mechanical shutter but especially with an electronic shutter.

But the R3 is not a mirrorless 1DX III. It brings in some very important key technologies Canon has been working on for a long time.

First and foremost we have a completely new Canon 24.1MP BSI stacked CMOS. This new technology (similar to Sony’s sensor technology on the A9/A1 series of cameras) allows for a very fast readout of the sensor leading to ultra-fast burst rates and low rolling shutter. The camera can reach up to 30 frames per second with the electronic shutter (up to 150 frames in RAW) and 12 fps with the mechanical shutter.

Unlike the older full-body Canon cameras, the R3 is not just smaller, it is also significantly lighter, tipping the scale at just over 1kg (with the same LP-E19 battery as the 1D series) or about 300g lighter than the 1DX III. Battery life is very good for a mirrorless camera at 760 images (CIPA rating) but way below that of the 1DX III.

Maybe the most hyped feature of this camera is the new eye-tracking AF. Unlike most recent cameras which can track the eyes of the subject you shoot (a feature the R3 has of course both for people and animals), the R3 also supports tracking the photographer’s eye as he looks through the EVF.

You can see some examples in the videos below but it is certainly an interesting feature that was introduced in the late 1990s with the EOS 3 but was not ready for prime time back then and with new advances in electronics makes a comeback with the R3. The EVF is based on a 5.7MP OLED panel (the highest for any Canon camera but not as high as that of the Sony A1) with 120 fps and a special OVF simulation mode (and of course zero or close to zero blackout).

The top screen of the EOS R3 The AF of the R3 is more advanced than that of the already very capable R5 with over 1000 AF points and adds motorsports mode which should be able to track sports cars and bikes besides animal and human (eye/body) AF. The AF system can also go as low as -7.5EV for ultra low light shooting (the camera has a native ISO of over 100K by the way, but we shall have to see how well it actually performs when production camera reviews will be out).

One impressive aspect of this camera is the monitor. The fully articulated touch screen on the back of the R3 has a whopping 4.1 million pixels – way more than any other camera in its range. Canon also took a page of Sony’s book and introduced a new Multi-Function Shoe which allows for the connection of accessories without cables directly into the R3. At the moment there are only a handful of accessories that (will soon) become available which are the DM-E1D on-camera stereo microphone, AD-P1 Smartphone Adapter for fast Android image transfer from the camera to the web, and the Canon ST-E10 Speedlite Transmitter. The R3 is primarily a fast stills camera, but it has some powerful video capabilities. Although it doesn’t support 8K shooting (you need a higher megapixel sensor for that – somebody said R1?), it can shoot 6K 60p RAW video as well as 4k 120p (12 min limit, no audio) and 4k 60p (1-hour limit, with audio).

The side connection ports on the R3 The second lens is also a tiny but ultra-wide FF lens. The RF 16mm f/2.8 STM weighs in at only 165g/5.8oz has a 43mm front filter thread with 9 elements in 7 groups and 7 aperture blades. It has a 13cm close-up distance and no image stabilization. Previews and reviews from across the web

There has been a lot of hands-on, previews and early reviews (all still pre-production units so the image quality tests are not in yet) published online today. Here are a few that we choose to publish here:

Chris and Jordan from DPR with the new EOS R3 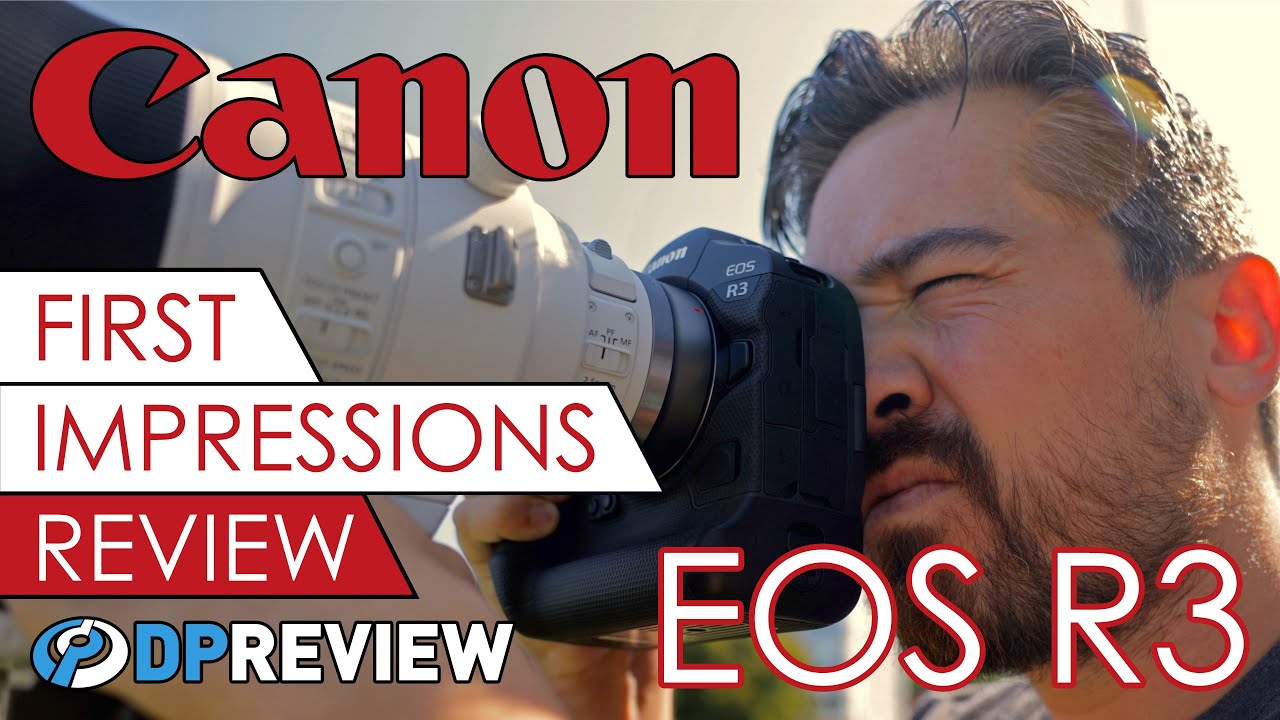 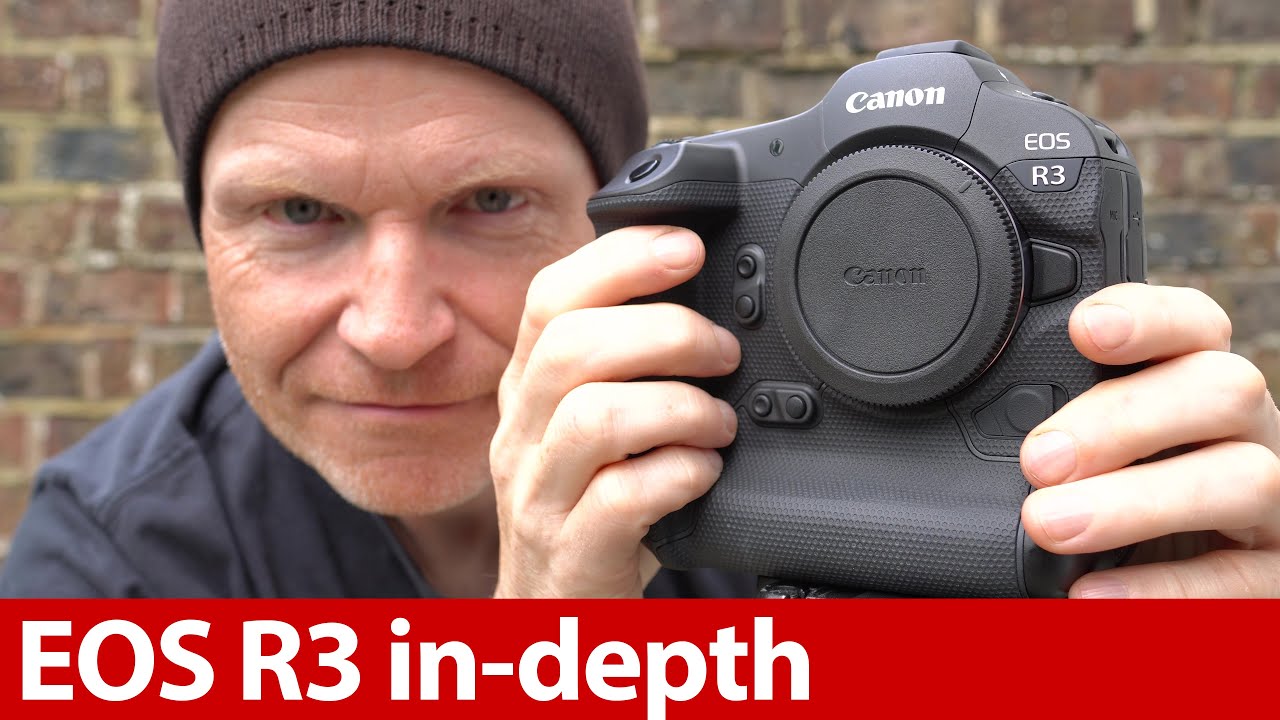 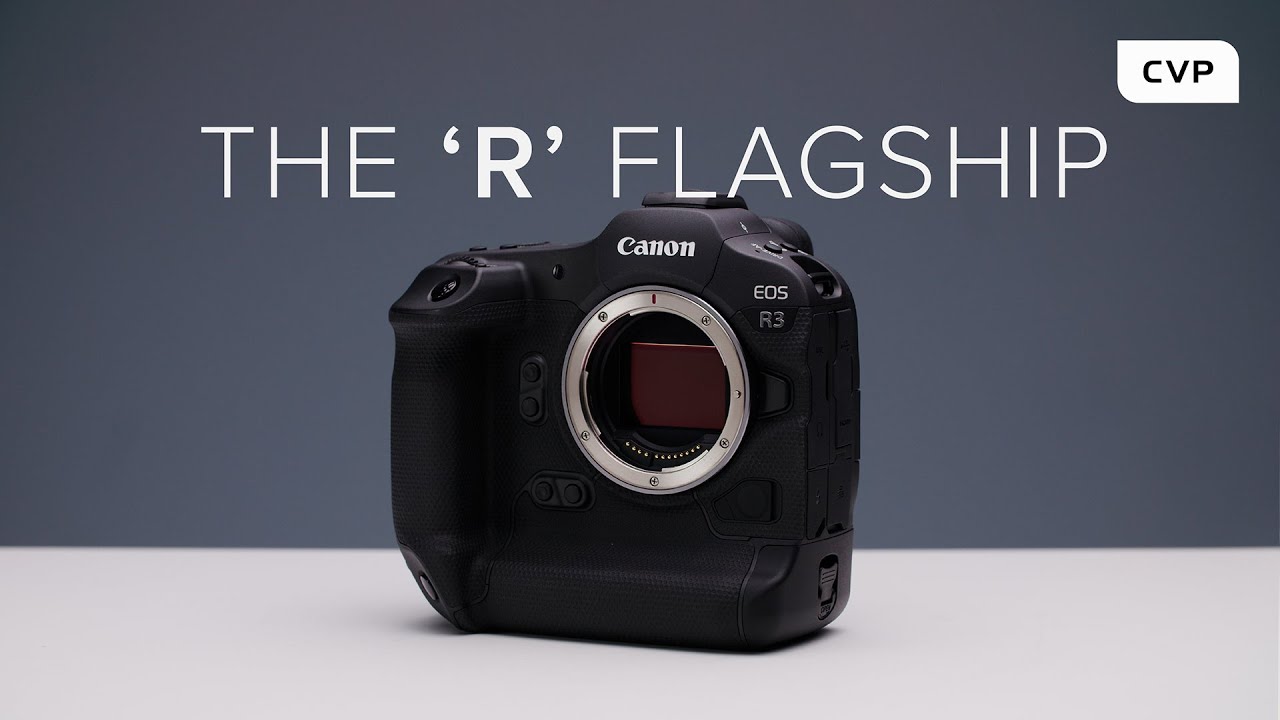 Vistek early impressions of the R3 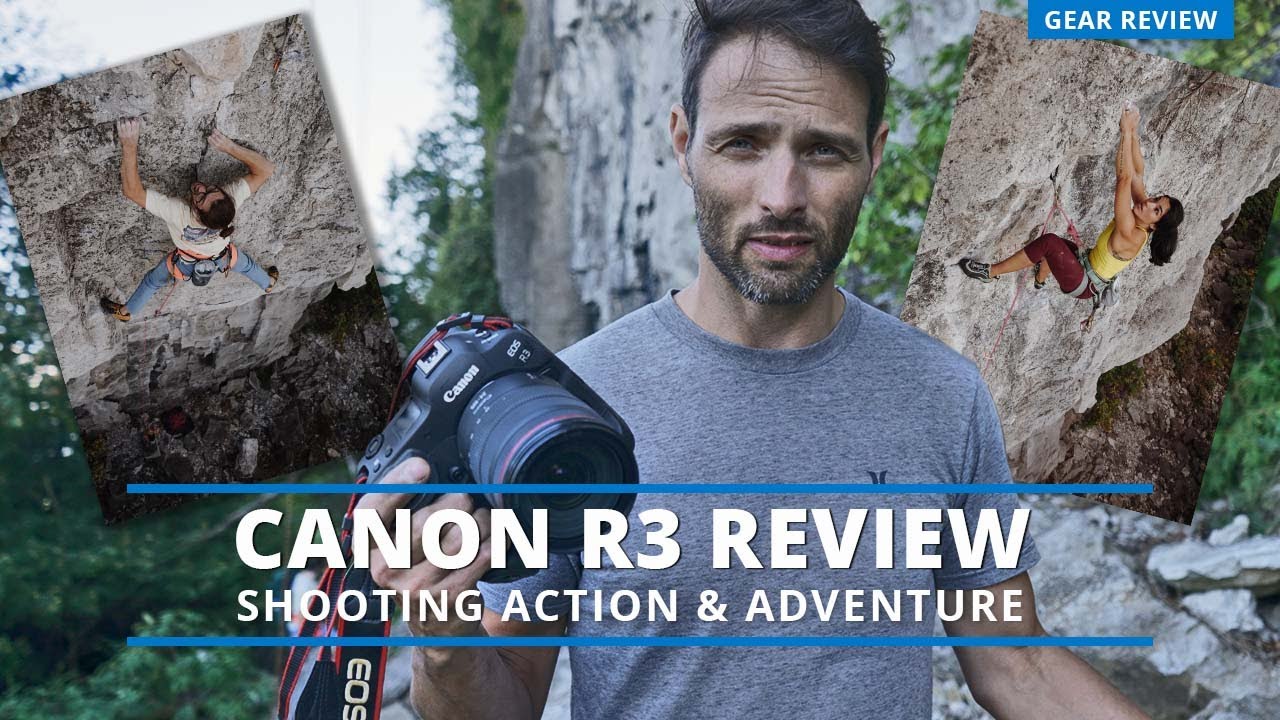 Peter McKinnon playing with cars and the R3 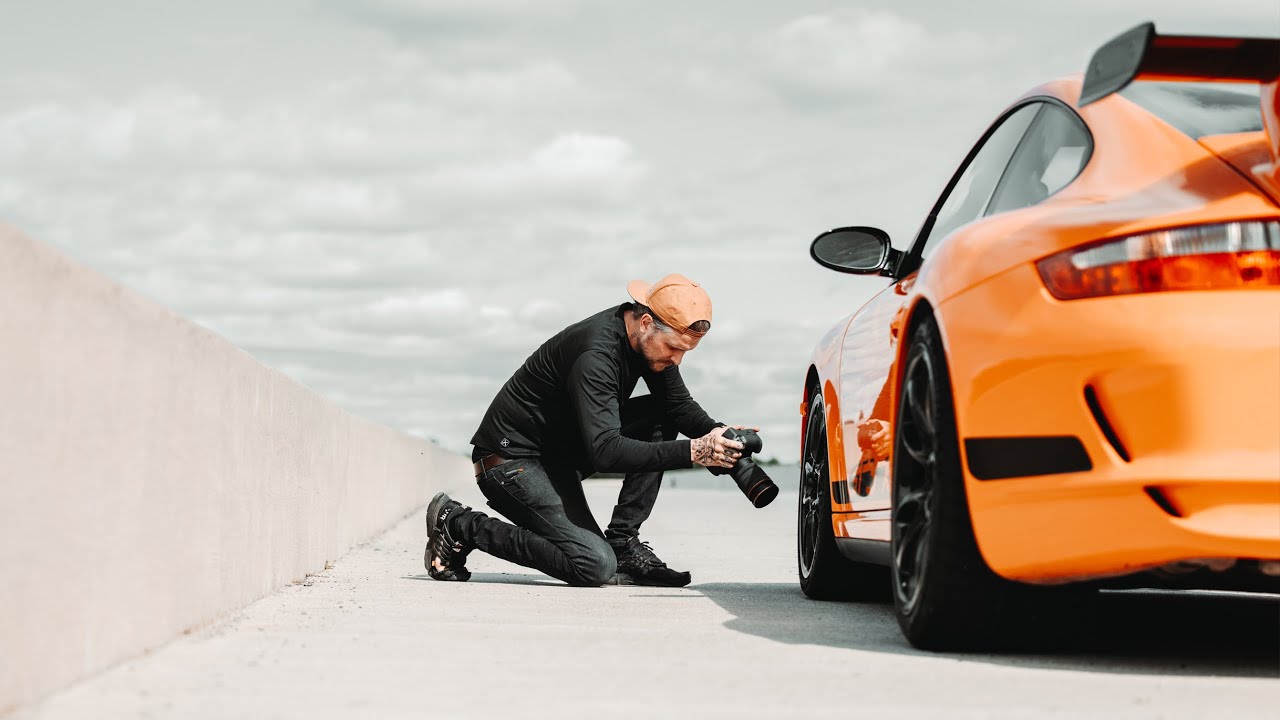 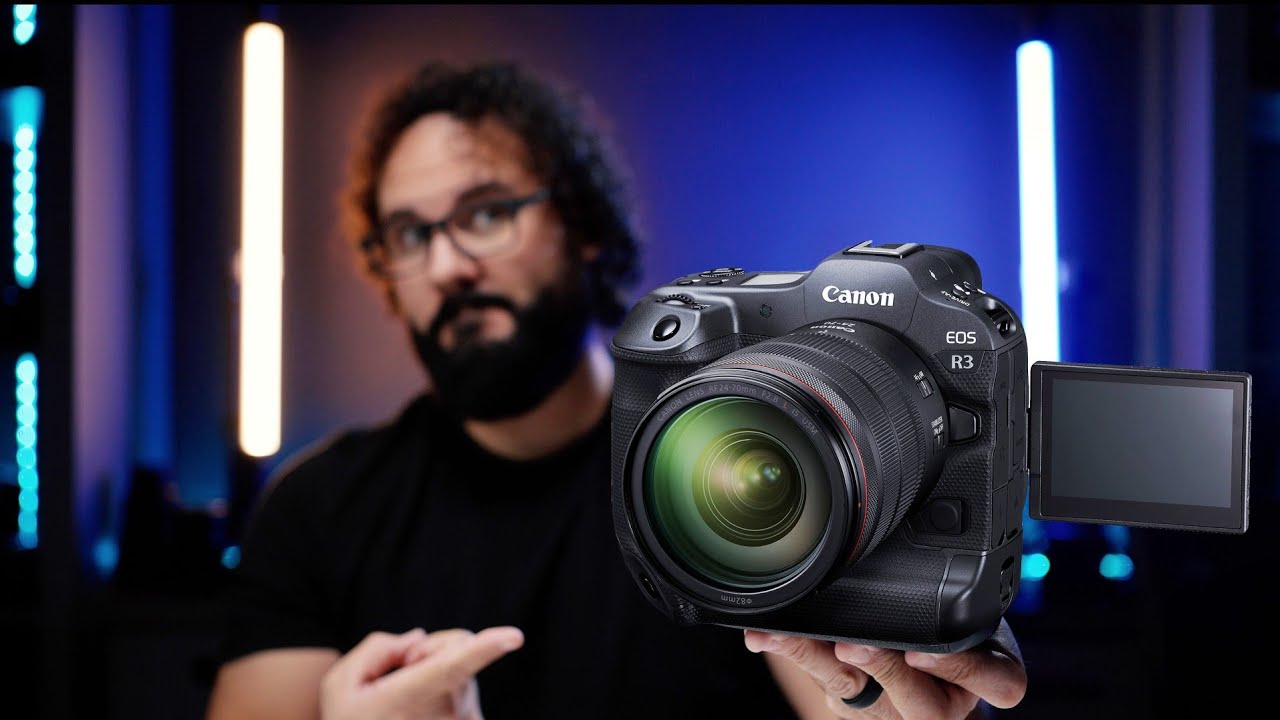 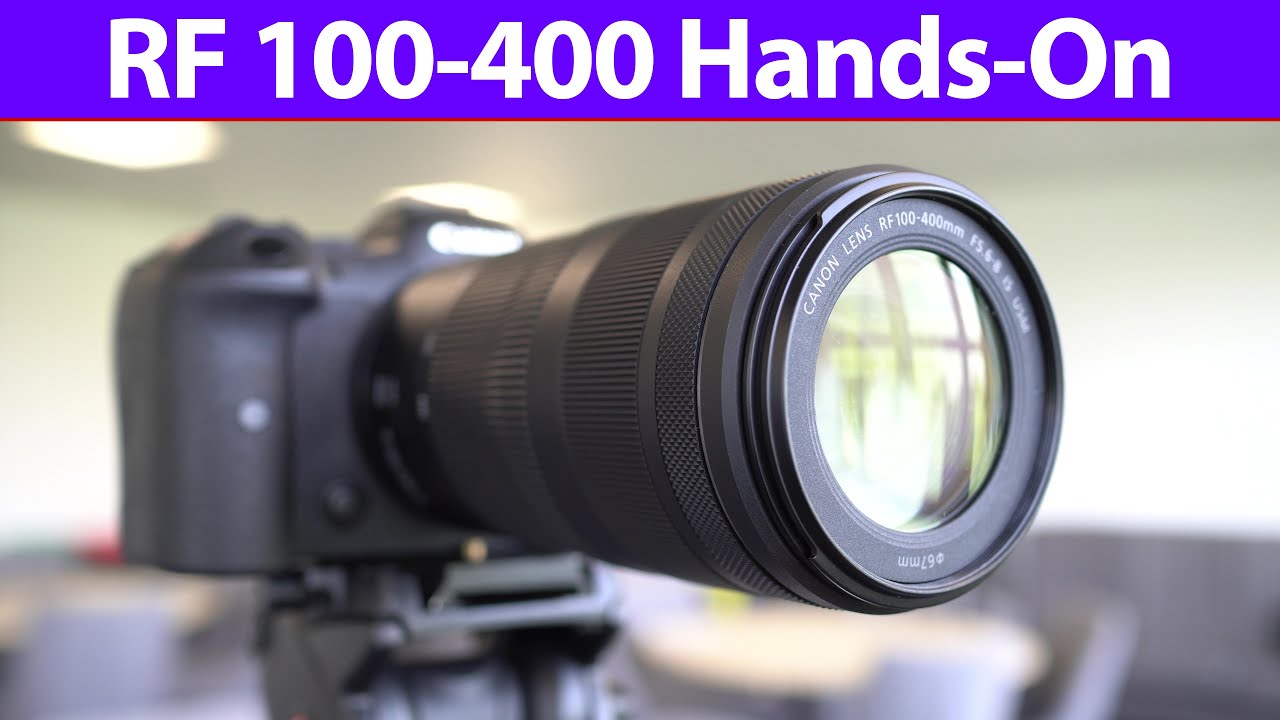 Gordon Laing with a quick look at the RF 16mm f2.8 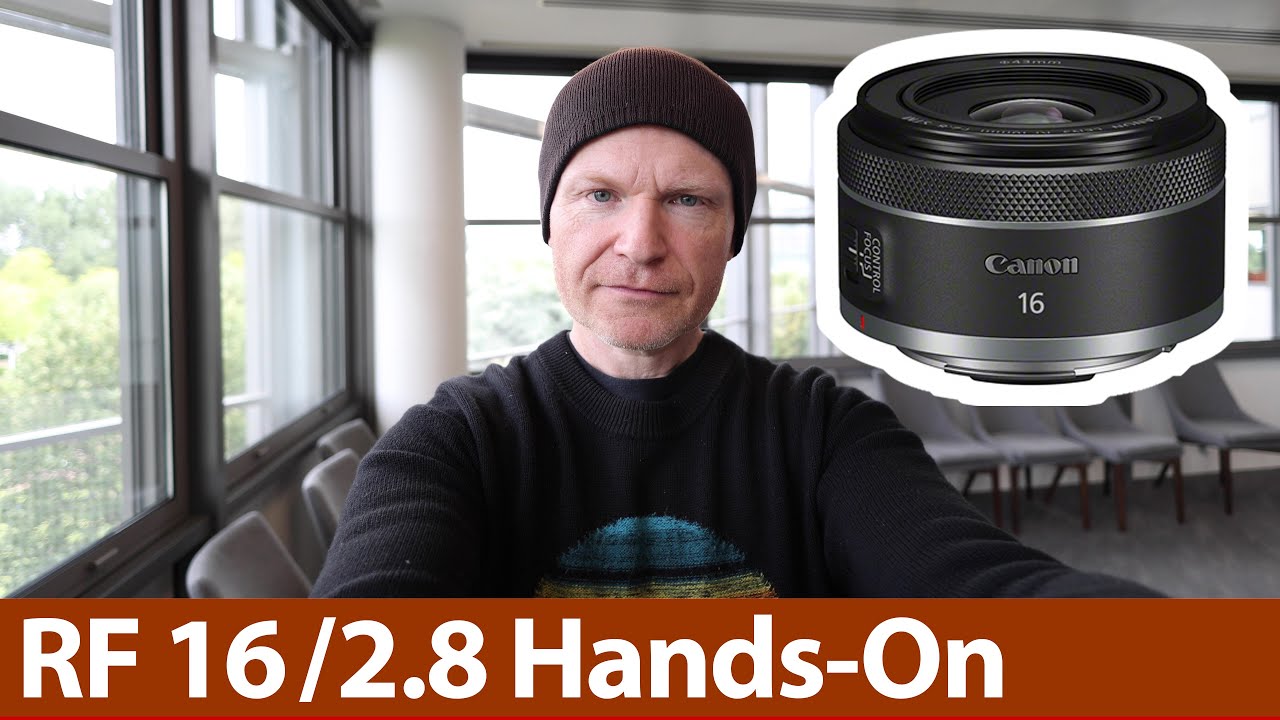 CVP looking at the video capabilities of the R3