On this video,  photographer Lee Morris (co-founder of fstoppers.com) takes a look at Hollyland Mars 400S wireless video system and what it can do.

In the past wireless video systems used to be very expensive and used for the most part in high-end movie sets, broadcast and related environments. In recent years more and more affordable (sub $1000 and in some cases even sub $500) systems started to appear on the market.

On this video, Lee takes a look at the Hollyland Mars 400S which can transfer a 1080P video signal wirelessly between the transmitter and receiver for a distance of up to 400 feet (officially) and includes an HDMI and SDI inputs (you can choose which one to use at which end). If you are only using the Hollyland Mars 400 is just over $100 less expensive.

Back to the unit itself – it is powered by an NP-F style battery (which doesn’t come in the box) or an AC (one unit comes with the box but you will need to find a different option to power the second unit).

The unit seems to have very low latency which is a very good thing (although with longer range or walls thing might change somewhat), and it does have a tiny fan but it seems to be fairly quiet in operation.

One of the most interesting things about this unit is app support. This basically means that besides being able to view the signal using a single remote monitor, you will also be able to use up to 4 smartphones or tablets running iOS or Android with the Hollyland app.

This is a really nice feature if you are working with several team members or as part of a production and you want to be able to share the image in real-time with several people easily (the app itself is also nice with some useful exposure and focusing tools). 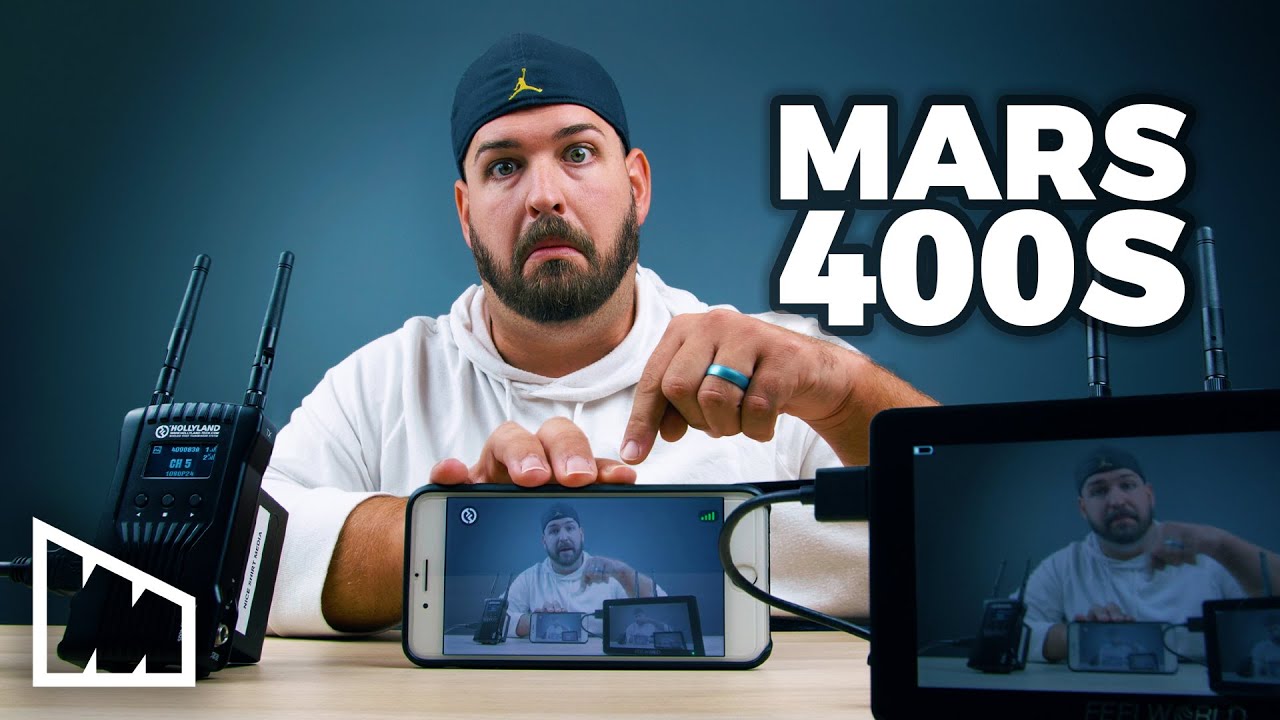