Yesterday Elgato announced a new and pretty unexpected addition to its line of Stream deck computer control accessories: a smart foot pedal aptly named the Stream Deck Pedal. This might sound a bit random but it can have some very interesting use cases for content creators of all types.

Since then Elgato continued working on the most important aspect of the Stream Deck eco-system – the software which evolved to become even more advanced with the addition of features such as folders (allowing for countless shortcuts even on the smaller keyboards as well as a new app store which brings added functionality to the stream deck. What is the Stream Deck Pedal

At the most basic level, the Stream Deck Pedal is a 3 pedal unit that connects to your computer using a USB cable (Type A to C) and can be assigned different actions or keystrokes using the Stream Deck software.

Elgato also added different springs in the box if you prefer a different level of tension (you can also control the tension via the software) and you can add stoppers to the center pedal if you want to use it as a footrest.

Computerized foot pedals are nothing new. While originally used mostly by musicians you can now buy wireless foot pedals that work with both computer and mobile devices to control specific apps and software.

Where the Stream Deck Pedal seems to really shine is with its inherited integration with the existing Elgato Stream Deck software. Basically with the 3 pedals on this unit you can assign any type of action that you can the other Stream Decks (aside from folders for the moment).

Assigning different pedal functions for different software and applications is where the Stream Deck Pedal differentiates itself from other computer-connected pedals and it can be a real-time saver for repeated keystrokes. Elgato added small windows on the screen which show the specific keystroke options that are currently assigned to the pedals (so switching to a different app might switch these according to the user selection).

This gives the Stream Deck Pedal tremendous flexibility and in our opinion quite a few useful use cases for content creators. 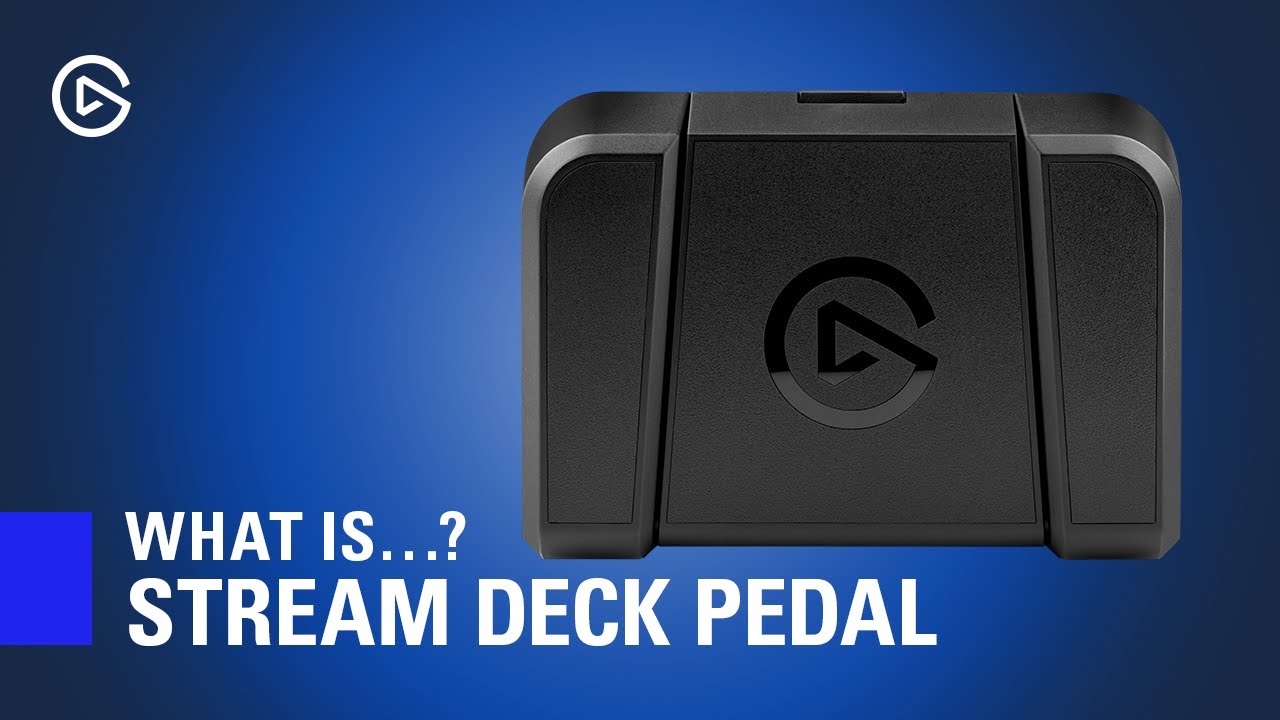 Who needs a smart foot pedal?

The big question of course is who actually can benefit from a 3 pedal unit when you can get a 15 key or even a 32 key Stream Deck?

Well, the answer really depends on what you are doing and what is your workflow. One type of use case is people who need their hands but still change something on the computer. Some examples here can be using the pedal to flip pages when using a teleprompter, switching a camera or when doing a live broadcast (when you are a solo operator).

But these narrow use cases are just the tip of the iceberg. We actually see the most use for the pedal from existing Stream Deck users who want to set specific functions which are repeated very frequently to the pedals. For instance, you can think of muting sounds or doing play/pause on a timeline switching temporarily to the hand tool in Photoshop, or even zooming in/out of a photo (or timeline).

The advantage over assigning these functions to the Stream Deck is that with the foot pedal you don’t have to turn your eyes from the screen and that can be a big time saver.

Control your timeline with your foot – Stream Deck Pedal

When it comes to pricing, the Stream Deck Pedal currently sells for $90. The Pedal is currently only available through the Elgatro store.