Today we are taking a look behind the scenes of a fantastic, shot of the Naval Academy new uniforms as captured on a rainy day at the beach by professional sports photographer James Quantz Jr.

Quantz was chosen to shoot a very special piece of history for the Naval Academy which opened its doors in 1845. The Academy together with the American sports equipment company Under Armour revealed the 2020 Army-Navy football uniform, celebrating the Naval Academy’s 175 historic landmark.

The day chosen for the shoot brought with it harsh conditions, rain has been pouring down almost non-stop and the team and the athletes had to work as they are soaking wet with some of the shots taking place in the water and with very little light aside from the Profoto flashes used to light the shoot (bringing some plastic bags is a good idea as Quantz learned quickly if you want your flashes to keep working it is a good idea to cover them so only the front will be exposed – just make sure they still have good circulation of air).

The uniform was created with some distinct colors, patterns, and insignia originating from the academy architecture (specifically the hand painted marble pattern on the helmet and shoulders) and the stripes on the leg and Naval’s Academy’s seal on the shoulder (you can see much more about this on the Naval Academy’s special webpage). It was Quantz job to make sure that despite the rain and water flying everywhere as the athletes burst forward from the lake there will be clear and visible which was done with the help of the stobes.

Besides the rough “wet” shots Quantz was also asked to shoot some “clean” uniform shots as well as some merchandise that will be available for purchase (this type of thing is very common in the industry and it typically requires different shoots/location and sometimes even different athletes).

One interesting bonus fact about this shoot. The Navy’s Academy creative crew actually used one of Quantz previous dramatic sky images to replace the skies on the actual shoots (this can now be done easily in Photoshop and other software) but it is always a good idea to have some of your own sky images that you can use for this purpose.

This isn’t the first time that we are checking out one of Quantz videos looking at the way he works with professional athletes. Back in September, we posted an article and a video looking at a college football BTS that Quantz posted where he also goes into more depth into some of the gear that he uses and his style of work with the athletes.

Update: Quantz just released a second video on this project looking at the editing aspect 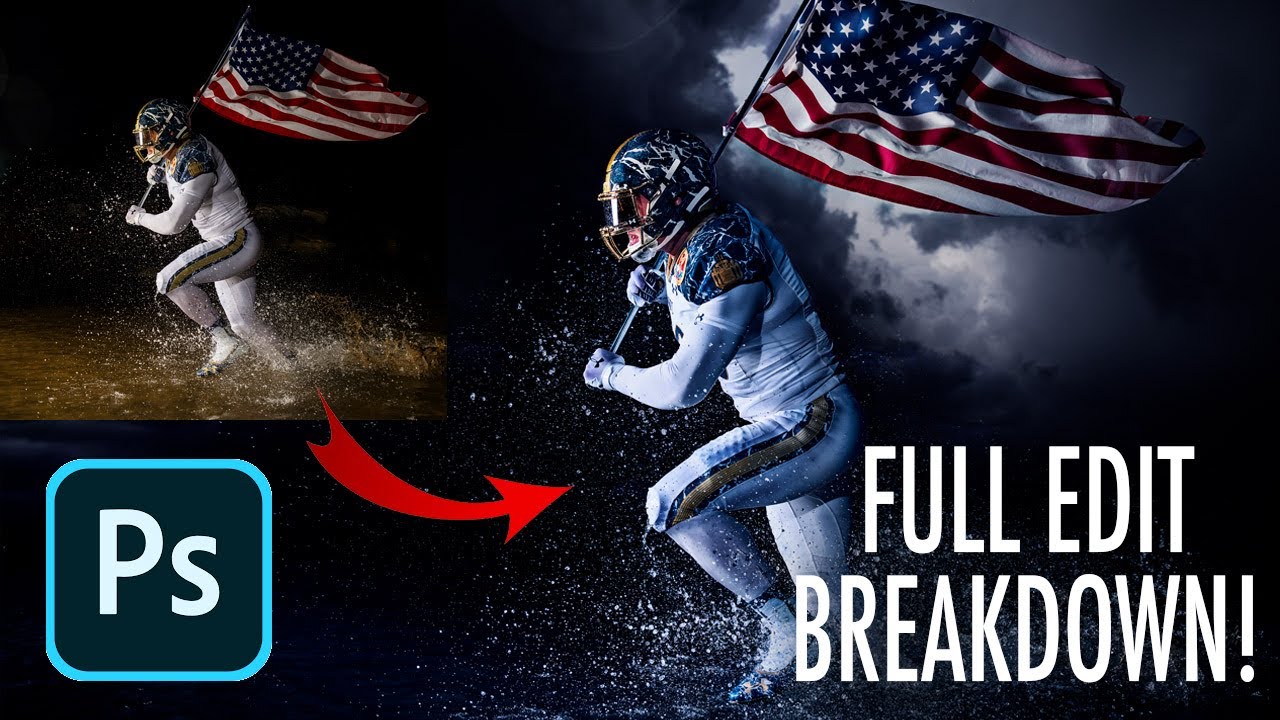