It seems like the story surrounding the overheating of the new EOS R5 (and to a lesser degree the R6) is not going anywhere. Earlier this week a Chinese user nicknamed “Math Class” on Baidu discovered some very interesting and head-scratching information after disassembling the EOS R5 and removing the internal battery which seems to reset the heating warning and shutdown of the camera.

So what are we talking about here exactly? well, the EOS R5 has a very limited amount of time it can record both in 8K and in 4K HQ modes as many users and testers of the camera reported (see our article here for more details). Canon admitted that the cameras do have these limitations, however, what it didn’t mention is the fact that even a simple work you do with the menus or using the camera for stills shooting will count within the usage time that is calculated before the camera has an overheating message and turns off. Re-shooting in these modes after you got an overheating massage/shutdown takes a very, very long time which is not practical in many professional situations.

All this isn’t news to anybody who has been following this story since the start. What is new is the fact, discovered by “Math Class” after he disassembled the camera and removing the internal coin/cell battery (similar to the one which is used on motherboards and some wristwatches), that the overheating is actually controlled by a smart timer not some internal thermometer.

IF this is indeed the case (it would be nice if somebody would be willing to replicate this – but it means disassembling a nearly $4000 camera and voiding the warranty), then Canon seems to either put way too much unnecessary restrictions on those high-quality high res shooting modes for extra safety or intentionally cripple the camera (which is something Canon did many times in the past when it comes to the video capabilities of its stills cameras). We will leave it to you to choose which of the two you prefer to believe.

In the video above by Tony Northrop, he explains the findings and gives his interpretation and what they mean about the camera and for Canon (Tony also really piss off the good people at the EOSHD website who seemed to post this story well before in English).

The bottom line. This, in theory, can at least partially, be resolved in firmware. Whether or not Canon will choose to do so is a very different matter. It is also possible that some sort of a 3’rd party “fix” will be offered sometime in the future (our bet is in the far future as back engineering firmware is a very complex task) but a “magic lantern” style project might be able to hack the camera to record longer in 4K HQ or 8K. From our standpoint though, this isn’t looking good from Canon’s PR perspective (Gerald Undone recently summarized this very well in his review of the R5/R6 cameras – “Great [stills] cameras with terrible PR” – we can’t agree more).

Update video: you can use scotch tape to reset the overheat counter on the R5! 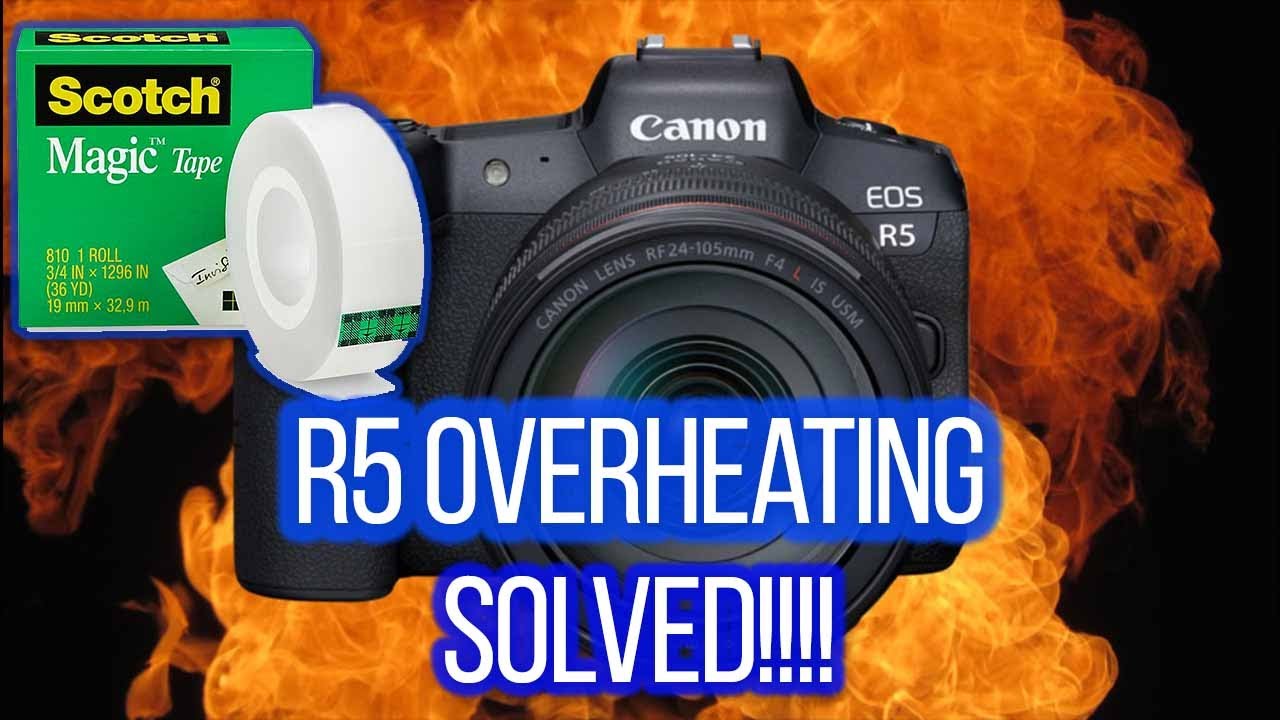