Yesterday Canon made its big announcement with the 8K RAW capable R5 camera as well as the very capable R6 and 4 new RF lenses (see our extensive coverage here). After the initial onslaught of videos, specs, and promotions some questions start to arise about some of the decisions Canon has made when designed this admittedly groundbreaking new camera.

Yesterday we already published Manny Ortiz video (see below) questioning the storage limitations of 8K video with the EOS R5 and how you won’t be able to shoot even 1 hour of 8K RAW with the largest card on the market (a 1TB card costing almost $800, luckily there is a 2TB card on the way but it will cost a hefty $1000).

Memory cards aside, maybe the biggest potential setback with the R5 could be overheating. This is a problem that other manufacturers faced as well (mostly Sony) and is almost inevitable with relatively small body cameras shooting high fps/resolutions with large sensors. Of course, there are ways of mitigating this issue – Panasonic combined active cooling on the S1-H and Sony tried different software and other measures that we’re able to prolong the record time on its cameras before overheating (although the moment the company has no small body FF camera that shoots beyond 4K 30p so its not really a fair comparison).

Canon has been upfront with the heat limitations on the new R5 but these raise questions about its actual usefulness as a true high-resolution high frame rate camera. As you can see in the table/text below originated from Canon itself the R5 can only shoot 8K for about 20 min before it overheats (and that is at a mild 23-degree Celcius / 73 Fahrenheit room temperature). Even worse – you will need to let it cool for a long time (20+ min) to get even 10 more 8K RAW min of shooting. However, for many, this is not really the worst part. Even if you don’t care about 8K and only shoot 4K 60p or 4K 120p you might run into overheating issues. At 4K 60p you will get 35min (the camera stops at the 30 min mark) but you will still need to wait 10 min in order to be able to shoot 10 more min – not really practical in many shooting scenarios (and of course when shooting outdoors in the heat these numbers might be much shorter). Some have even raised questions about shooting very long 4K 30p videos with this camera although at the moment we have no way of knowing before independent testings outside of Canon will be conducted.

Besides the overheating and memory card limitations, there is also the battery. Canon did improve the original battery by about 15% but it wanted to keep it compatible with older batteries and that means a huge compromise as these batteries were never designed for prolonged high res video shooting (even for stills you are looking at an official number of 320 images although it might be higher depending on how you shoot). An external grip, several batteries, or other powering options might be needed if you want to shoot long videos with this camera (even if you get around the other limitations). One upside is that you can power the camera via USB so if you rig the camera in this way you might be able to power it for a long time.

Even if you set aside the storage, overheating and battery issues there are your general high resolution/high frame rate issues and concerns you need to consider like storage space on your computer and the ability to edit those on your machine (editing 8K RAW is going to require a beast of a machine). Those considerations are not unique to the R5 or Canon but still be worth noting and Matt Granger lists them all in the video above (we also highly recomend that you read this post on the EOSHD website that dives deep into some of the actual limitations of the R5).

With all said and done, nobody can take from Canon the significant step they have made with their announcement yesterday, however, a camera is much more than a specs list and making a true useful professional tool that will be used successfully by creators requires everything to fall together and for this, we will have to wait for those independent reviews in weeks and months to come. 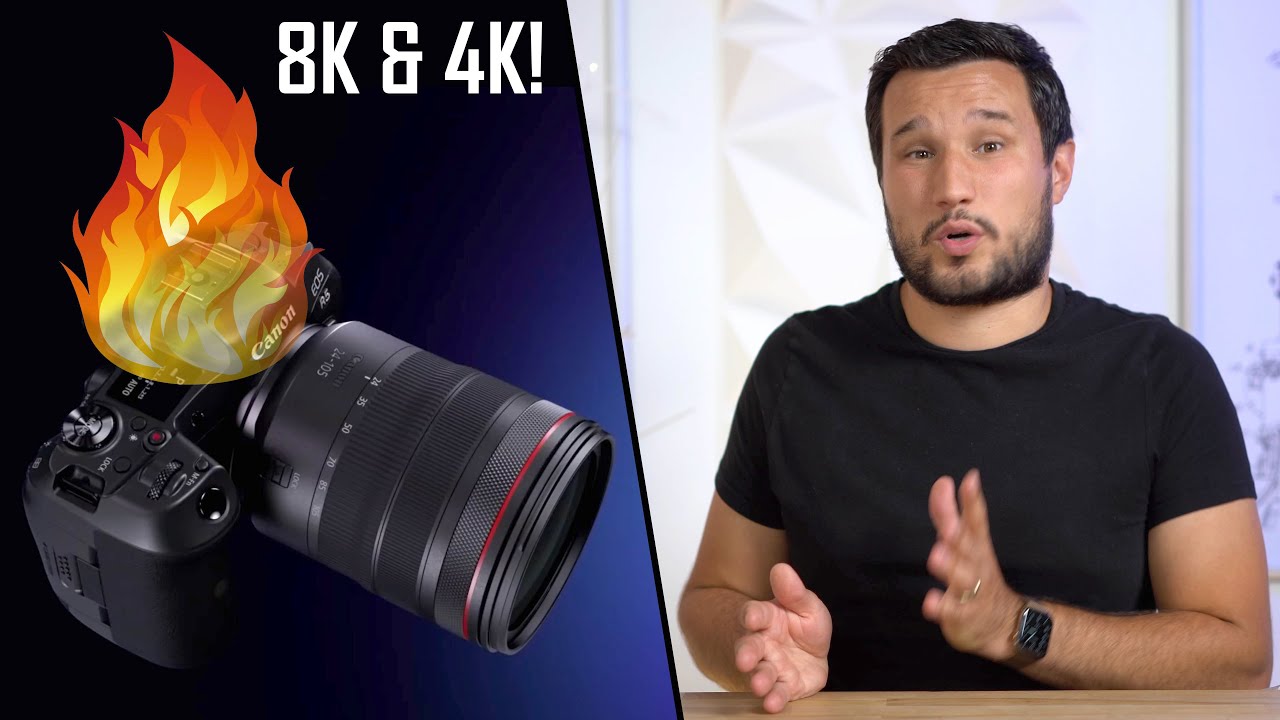