Photographer Max Yuryev recently published an interesting video looking at how the M1 MacBook Pro edits 8K video using different editing software (Premiere Pro, Davinci Resolve, and Final Cut Pro) and got some good news and some not so good news to share.

Not all 8K are the same

Yuryev starts by talking about footage from the Canon R5 which is notoriously difficult to edit, at least at the moment with existing NLEs and existing hardware. This is due to Canon’s choice of 4:2:2 10 bit HEVC codec instead of 4:2:0 used for example by Sony’s 8K new Alpha 1 camera (but also true for the Z-cam for example, you can see more on that on the bonus video below).

Sony’s A1 also shoots 8K but as we mentioned this is captured in 10biut 4:2:0 which should be easier to run and edit – but is it really and how different NLEs deal with it when used on the M1 MacBook Pro.

It is worth mentioning (if you haven’t been following what is going on in the computing industry in the last few months) that Apple had made a big breakthrough with its M1 chip which is based on a type of boosted ARM architecture after the company decided to develop its own processor and forgo Intel.

This has lead to a huge jump in performance (at least in some tests) compared to previous apple computers and allowed relatively inexpensive computers to edit videos that were until recently editable only on very high-end expensive systems.

Yuryev performed several tests. First, he tried R5 8K footage in final cut, and apparently even playing smoothly isn’t possible – so that is not surprising but pretty unfortunate.

Moving over to the Sony A1 footage – at the most “basic” 10bit 8K 24p Premiere Pro – in final cut it seems to play fairly smoothly and even 400Mbit/s runs nicely – so final cut seems to handle the A1 8K footage well (at least in 24p).

Looking at 8K 30p – there seem to be a few dropped frames especially when going to 400Mbit/s but it looks as if final cut is still useful.

Now he moves over to Premiere Pro and to some degree Davinci Resolve at least as of late February 2021 both software seems incapable of playing these same files smoothly.

Premiere Pro seems to need a lot of improvements to be able to come to the level and speed of final cut pro – and even you must work with PP at 8K – shoot 24p at Premiere Pro (and you will still have to render quite often even at 1/4 the resolution), the software also seems to crash frequently when editing this footage which as PP users we were not surprised to hear, to be honest. The alternative of course is to use proxies.

Davinci Resolve looks better than PP but not as smooth as final cut – it might be useful but it seems to have some issues when starting to play which solves itself later on – it is possible the BlackMagic will be able to fix this in a future update so at least there is some hope there.

All in all, it seems that if you must edit Sony A1 8K footage without proxies – final cut is the way to getting at least for the moment although keep your eyes open for Davinci Resolve updates that might improve its capabilities (we are not optimistic about PP at this point, to be honest). 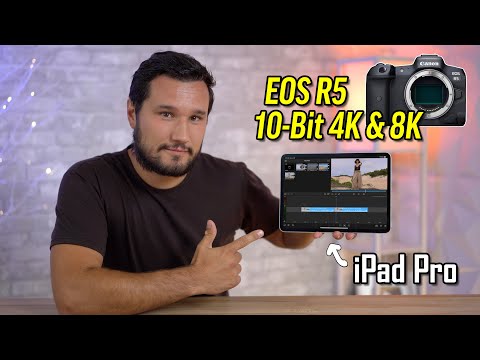 You can find more articles and videos looking at different aspects of video editing in our special section here on LensVid.

In this video, Unmesh Dinda from the PiXimperfect channel demonstrates how you can fix wrinkles…

In these two video tutorials, Aaron Nace from Phlearn looks at different tools and techniques…