The powerful Godox M600D daylight COB 600W light has been selling for some time now and now a new member of the family is ready to jing it – the Bi-Color M600Bi.

Now we are actually allowed to say this but when the M600D first appered on the Godox website last December the M600Bi was mentioned as well but it took Godox almost a full year to actually release the product to the market.

On paper, the M600Bi is a very impressive light. Godox claims it can output up to almost 200,000Lux at 1m away with a reflector (based on experience most recent reflectors have a hotspot in the center with significantly reduced output in the corners – but this is something that we will of course test when we get the light for review). Just for reference, this number is almost twice as much as the sun on a clear summer day.

Unlike its daylight M600D brother (which is 5600K only) the new M600Bi has a wide color temperature range all the way from 2800K to 6500K. Like its brother, it can be controlled via the Godox Light App, RC-R9 remote, or DMX controller and be adjusted finely in 0.1% increments.

The M600Bi is said to have low noise fans even at full power as well as a lower output silent mode. It has 7 built-in cinematic FX effects and was designed to work with the Godox 10″ Bowens Mount Fresnel FLS10 as well as most other Bowens accessories.

Both these lights offer a fully fanless design with 150W output with the same DMX, Godox Light App, and RC-R9 remote control options.

We asked Godox what the main differences between the UL150 and the UL150 II and those seem to be related to the control box design, effects, and control options as well as some ergonomic improvements including a ballast holder. (mind you there was no bi-color option for the first generation of this series).

Like the M600 series, these lights can also be powered via AC / DC or V-mount batteries. 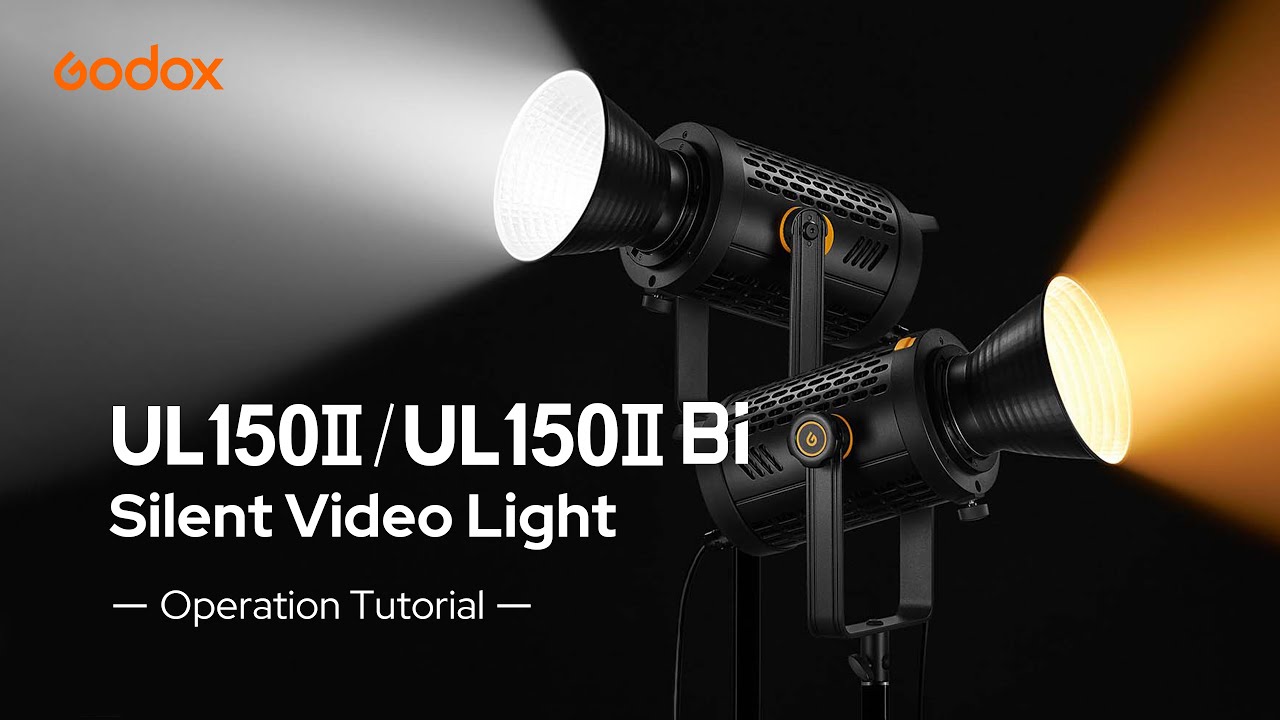 All three new lights should be available on the market in the next few weeks at the following official prices: