A few weeks ago U.K. manufacturer IDX showcased several new products including a new generation of compact V-mount batteries as well as some plates and other accessories.

V-mount batteries are becoming smaller, this is not a new trend, we have been reviewing V-mount batteries for some time now here on LensVid. We have looked at the small Hawk Woods V-Mount mini batteries as well as the Swit Compact V-Mount Batteries and we are now in the process of testing some of the most recent Bebob Micro V-Mount batteries that we reported about here just a two weeks ago.

There is also a new dual plate called A-Vmicro2 that will be available in early 2020 which has dual D-Taps and a USB-C connection and a smart hot-swap option and a button that allows you to choose which battery you want to use (if one battery will die it will switch automatically to the other one).

Another interesting product shown in the Newsshooter video above by Matt is the P-micro plate which has two D-taps and a USB-C connector and it can be connected to a cheese-plate with 15mm rod connectors to place on your rig. 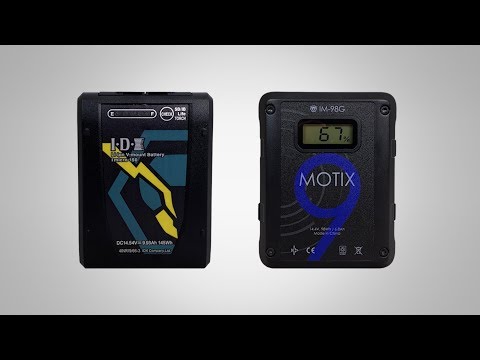 The batteries would be available in late 2019 and the plate in early 2020 (we will add prices when we get the from IDX).

f you don’t want to miss any new photography product be sure to check out our product photography section.