Turkish manufacturer Edelkrone has some fantastically innovative products but they are definitely not inexpensive. Recently the company launched a new initiative called ORTAK that combines purchasing a reduced cost metal parts and 3D printing and assembly schematics that will enable more DIY oriented users to make their own part plastic part metal photo and video accessories.

As we recently discussed on our own 3D printed DIY project (3D Printing a Flat Base for the RC2 Quick Release System). there is a growing community of makers who print there own photo and video related accessories using readily available 3D printers and there are also a large number of services who can print parts for you for a relatively small price.

You can find hundreds of different 3D printing photography related models that you can print (or pay to print) on thingiverse alone (and there are many other 3D printing communities around the web).

Of course, there are limitations and some of them come into play when looking at a project like ORTAK and its first product, the FlexTILT Head 3D (which is a 3D printed version with some metal parts of original – and truly fantastic by the way – FlexTILT Head). To start, if you want to print the parts yourself you will need a printer (although as we mentioned you can pay a 3’rd party service to print the parts as well). Even a basic printer will cost more than the original FlexTILT Head so there is no real point in getting one unless you are going to use it for other projects as well of course.

Really the biggest issue at the moment with 3D printing is the learning curve. If you never worked with a 3D printer before there is a lot that you will need to understand (usually through trial and error and preferably with someone on one help from someone with a little bit more experience or from some good people online). This isn’t meant to discourage anybody from getting into 3D printing (it can actually be a lot of fun) but it is rarely a “press print” and get a ready product on the first run type of experience.

We won’t get into all of the things that can fail in a print but we will mention that even if you know what you are doing there is always a chance that the 3D model that you are printing was not designed correctly and in this case you might be able to fix it – but you will need to have access to the source files (which Edelkrone did provide thankfully) but you will also need to know how to “play around” with 3D designs in software in order to fix the design.

Case in point – from the video above by Thomas Sanladerer (this guy has a fantastic YouTube channel if you are into 3D printing by the way), it seems that Edelkrone didn’t make the joints in an optimal way which means that the 3D version is not as strong as it can be (and surely not as strong as the original all metal version) and can only hold lighter cameras while still providing enough flex. However, the nice thing is that Edelkrone promised to keep improving its 3D models so there is a chance that in the future an updated model will solve this (at least to an extent).

As for the more general question of 3D printing as the future of photo and video accessories – we would say that it is certainly going to be a part of the future – especially when 3D printing in metal (especially aluminum which has a relatively low melting point) will become more accessible to the general public (both as low-cost online printing services that you can order parts from and eventually as home or garage style printing units similar to existing 3D “plastic” printers).

Printing plastic parts can be useful for certain photo/video applications but for true strength and durability, you might need to wait a few more years for metal printers (although that doesn’t mean that we won’t be getting our hands dirty with some 3D plastic projects in the meantime).

As for pricing,  the FlexTILT Head 3D cost $29 (for the metal parts that you need to connect to the plastic parts that you print) and you get the 3D model for free on from the company’s website. 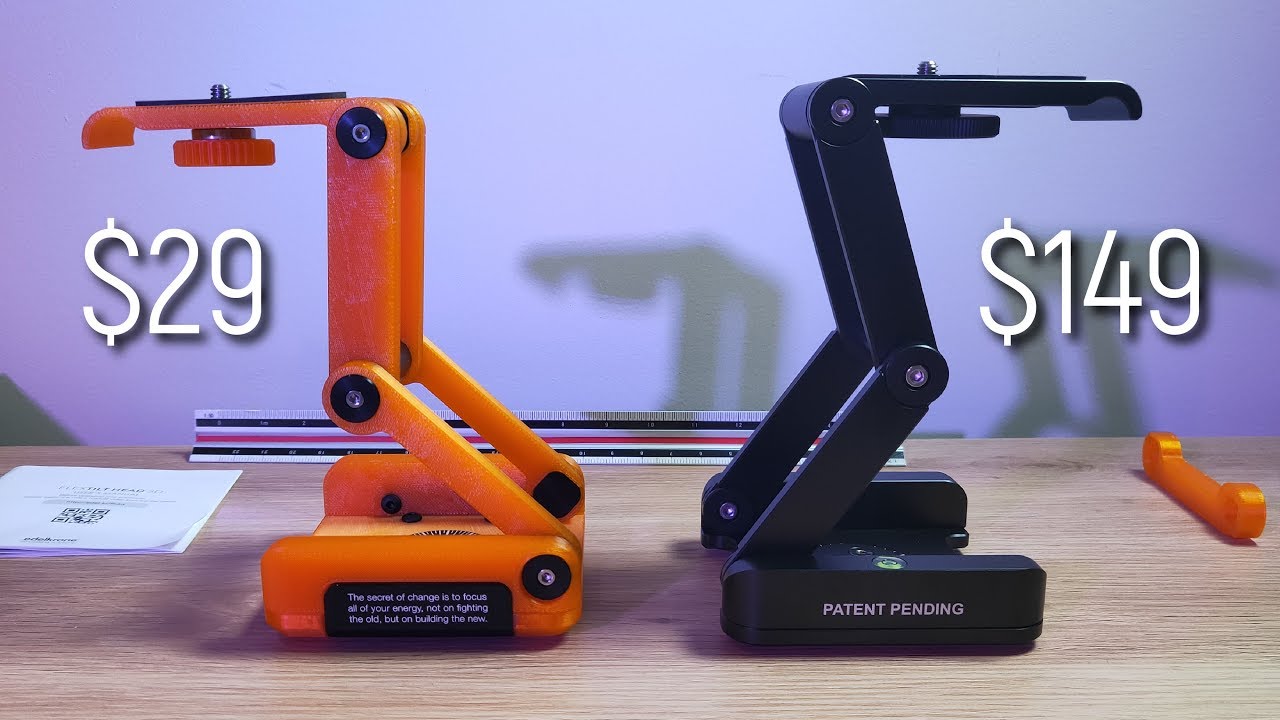 You can also check out many more interesting DIY photography projects here on LensVid. We also opened a new subsection dedicated for 3D printing photo/video projects.