Earlier today NANLITE released two powerful COB LEDs – the Forza 720 and Forza 720B – daylight and bi-color fixtures with a power consumption of 800W, DMX and wireless capabilities, and a number of improvements compared to NANLITE previous Forza line.

Although NANLITE released the high-end Nanlux Evoke 1200W in May of 2021, that COB is part of a different family and category (and has a much higher price tag). The new Forza 720 and Forza 720B are currently the most powerful lights in the Forza line and as mentioned above have a power draw of 800W and support the common Bowens mount.

The Forza 720b is identical to the Forza 720 but instead of daylight (5600K) it can go all the way from 2700K to 6500K. The output however is somewhat reduced compared to the daylight-only version.

The lights can be controlled via the NANLINK mobile app via built-in Bluetooth. The separately sold WS-TB-1 transmitter can be paired with the built-in 2.4G receiver for more complex setups. The unit can also has a USB Type-A port with power for DMX receivers.

When it comes to power, both lights can be fully powered by AC but you can also operate them using two V-mount batteries at reduced output. With dual 14.8V batteries, you can get up to 40% brightness, and with dual 26V up to 70%. The output of the light as measured (see the first review below) is over 120K lux at 1m away with a reflector which is very impressive.

The unit has a new single side handle and a new yoke mount is which is compatible with both 5/8″ baby pins and 1 & 1/8″ junior pins. Both units come in a large carrying case and have a quick-release clamp for light stands.

What’s included with the Forza 720B Videos and Hands-on from around the web

Michael Eggler comparing the Aputure 600D and the new Forza 720 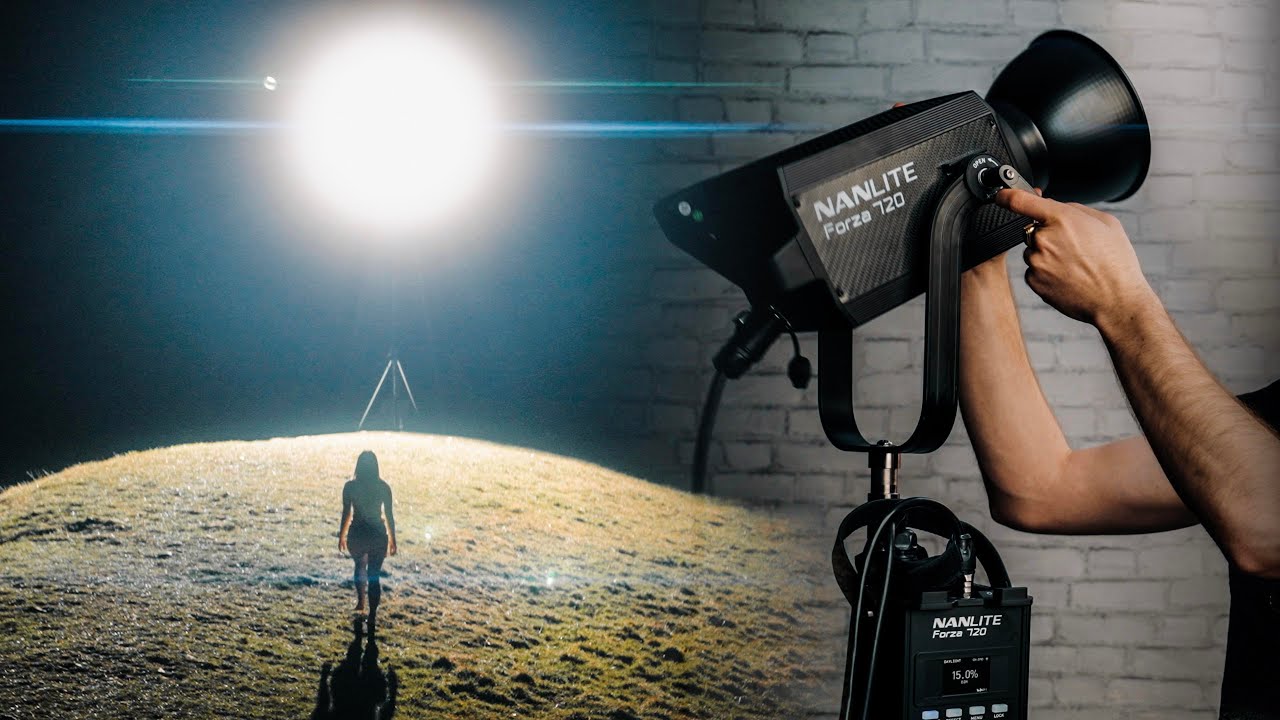 Brady Bessette with an official NANLITE video with the Forza 720 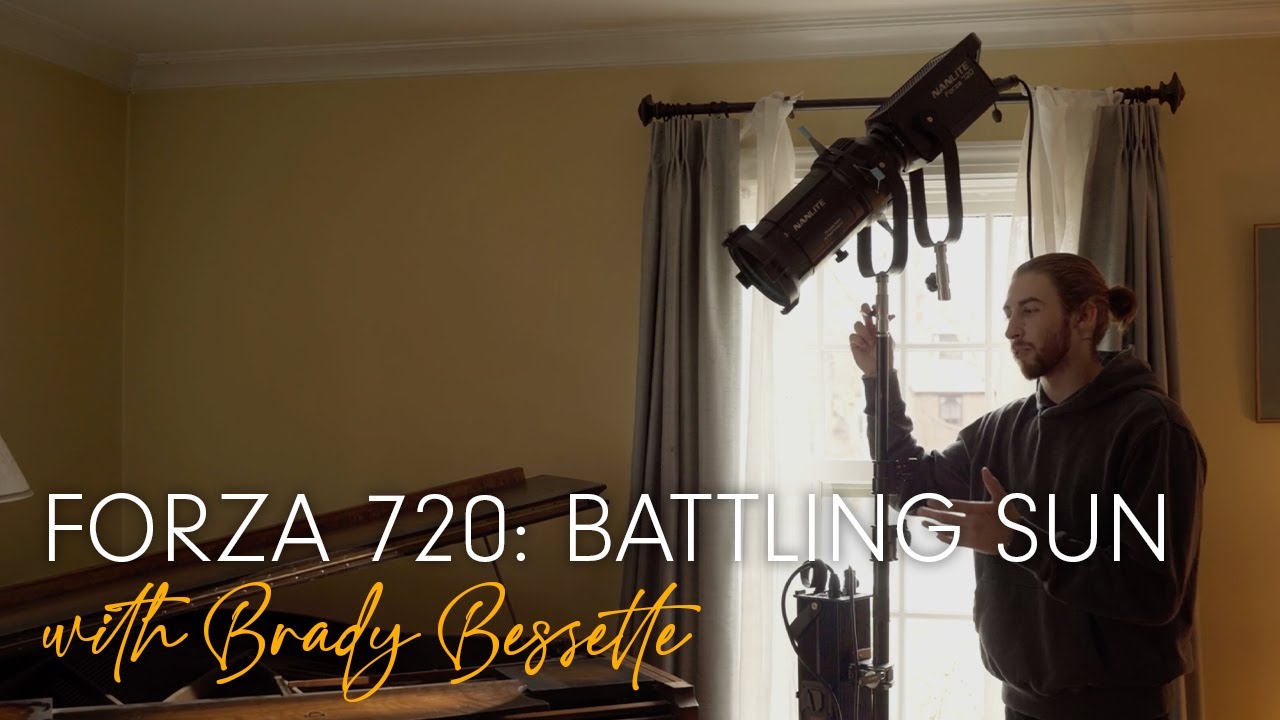 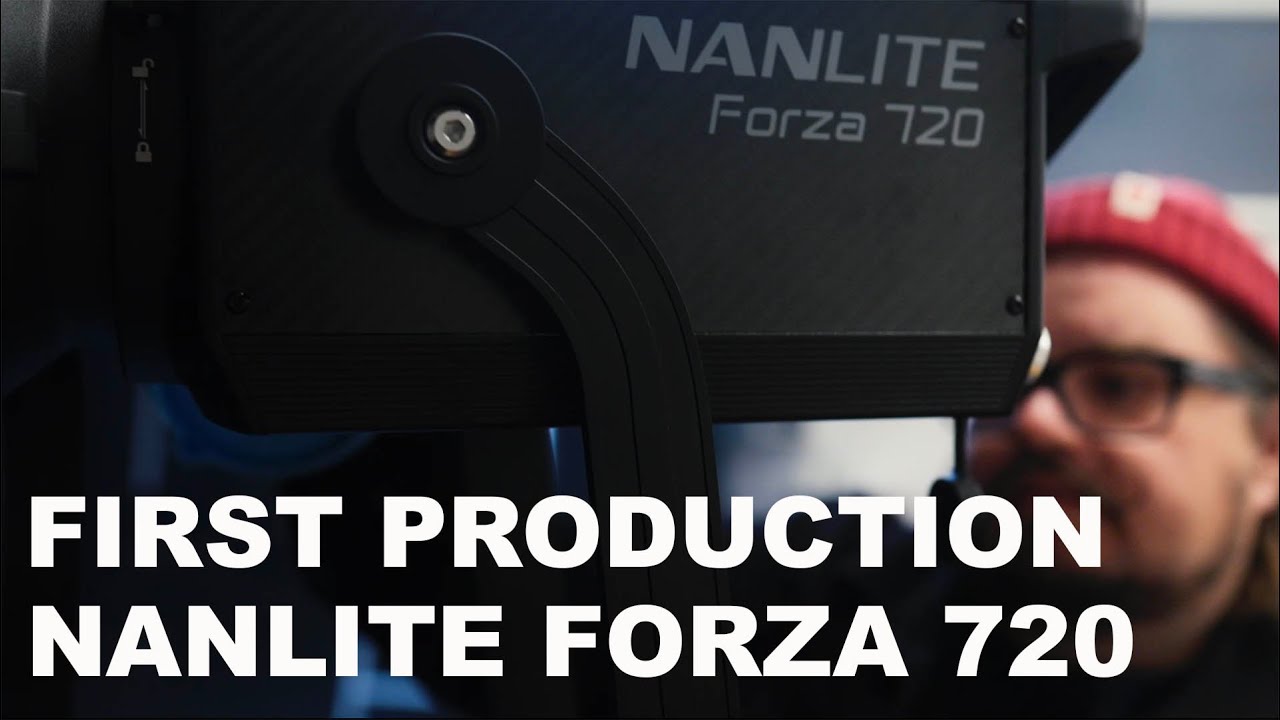