For CES 2019 DJI didn’t release any new drones but it did announce a new Smart Controller which will remove the need for the user to have his/her smartphone connected as a controlling unit while also bringing in some pretty awesome features.

The new DJI Smart Controller is a very interesting new accessory for the new DJI Mavic drones (currently it is working with only the Mavic 2 Pro and Zoom but we can guess that any new member of this family will also work with the device).

It improves over the existing smartphone controller in almost any aspect including battery life (up to 2.5 hours so that is a lot of Drone batteries to go through) it has a super high brightness 5.5″ display which should work great during the day, the controller itself has better joystick and other buttons compared to the previous controlling unit.

The unit uses Android and can run different apps including some third-party apps and has the option to stream videos to social media sites which is an interesting addition (we can probably expect some future apps to expend the capabilities of the device).

Here are some of the main features of the DJI Smart Controller:

The main thing that is going to prevent people from getting this otherwise very capable controller is the price – it is going to be pretty hard to justify spending over half the price of a new drone on a controller unless you are making money out of it (professional users who fly drones for a living will probably have less of a problem with the price tag). 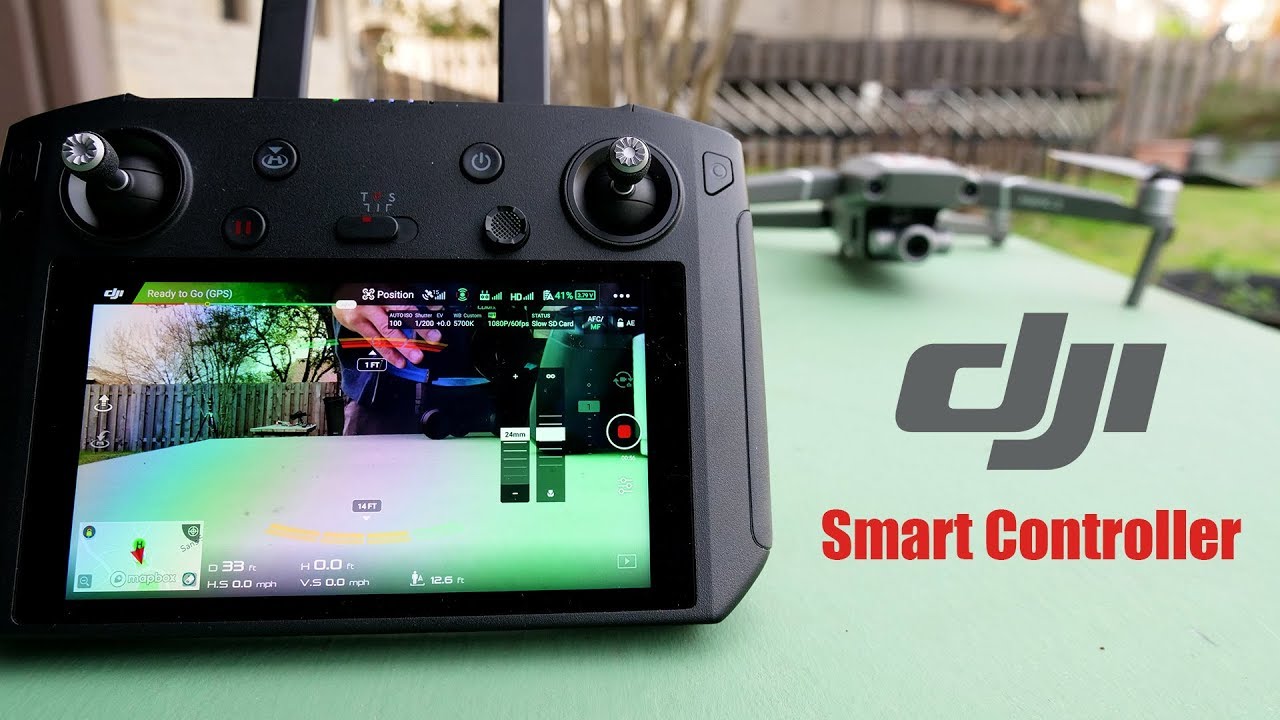