Less than a year after releasing the Osmo Pocket DJI announced a new portable camera this time around it is a direct competitor to GoPro’s latest action camera. On this article, we bring you several video comparisons between the new DJI Osmo Action vs. GoPro Hero 7 Black as well as specs and more info.

GoPro was the most well-known player in the action camera business for years and although it has some competition from Sony and some Chinese manufacturers it was more or less the main player in this industry since it began. Now DJI is joining the game with what seems to be like a very strong offering which overshines quite a few other the features of the latest GoPro at the moment.

The new Osmo Action looks very similar externally to the GoPro it is a bit shorter and has two screens (one larger which is a touch 16:9 screen and the front is a tiny non-touch monitor which you can use for composing your shots).

The new Osmo has many different shooting resolutions and speeds – up to 4K at 60p and 240p at 1080p (although the camera is limited to 100Mb/s). It does seem the GoPro which does 240p at 1080p as well makes some better footage at this frame rate.

Maybe the most important and groundbreaking features of the DJI Osmo Action is called RockSteady – a software image stabilizer which is apparently one of the most advanced in the industry and much better than the GoPro (which isn’t half bad).

Image quality also looks typically sharper than the GoPro (it can be a bit too sharp for some users and at the moment the camera doesn’t allow to reduce sharpness). One the downside the RockSteady does narrow the image and since the lens of this camera is not as wide as the GoPro this might be problematic for some situations.

The camera has an HDR option but it won’t work with the RockSteady feature (it will also not work with 4K 60p which is a bit of a shame). Apparently, the auto exposure is not always as good as the newest GoPro. One more thing to note – the Osmo action has no HDMI out if you want to connect it to an external monitor although you can use an app to view the image remotely (although not to change the settings at the moment).

One nice feature of the Osmo is the battery – which is about the same size of the GoPro but has a longer life (about 90 min of 4K 30p). It also has an interesting feature which fixes the “fish-eye” look of the lens (which at the moment has no filters but it seems it will be easy to connect them when they become available).

Our friends from Cinema 5D look at the new DJI vs. the latest GoPro 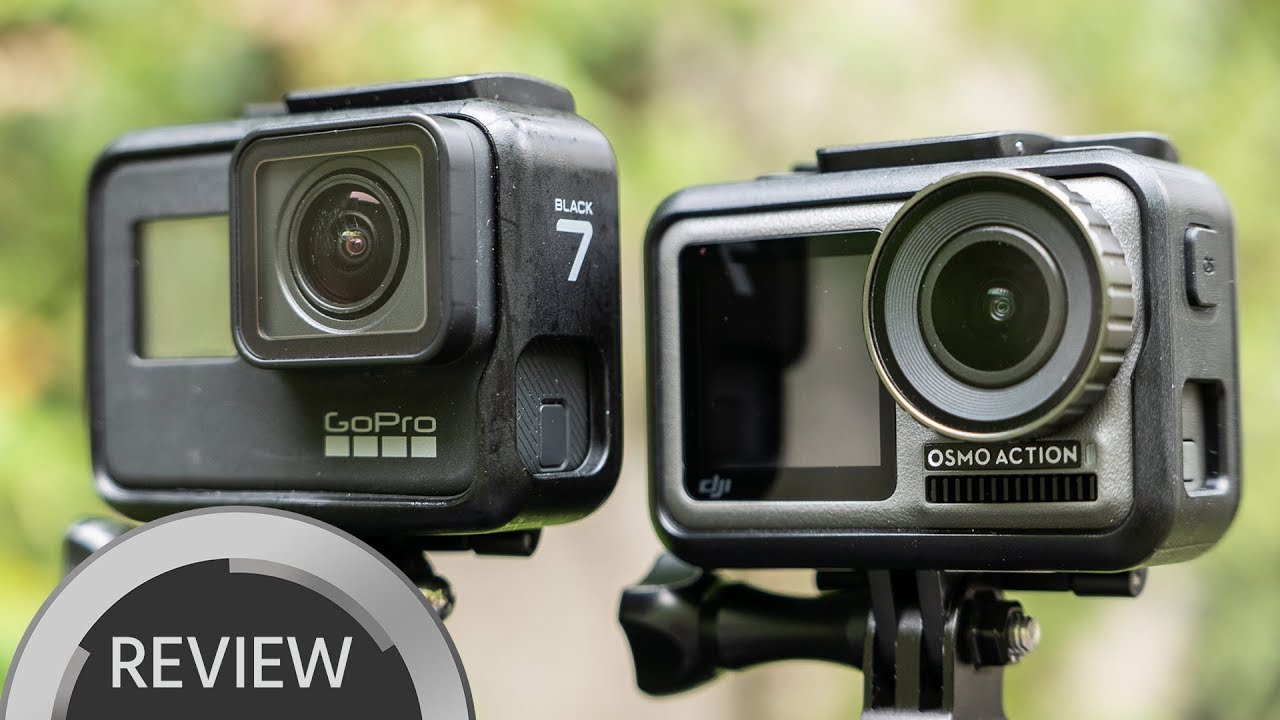 Here are some of the specs of the new DJI Osmo Action:

As for pricing – the camera should be available on storage next week for $350.